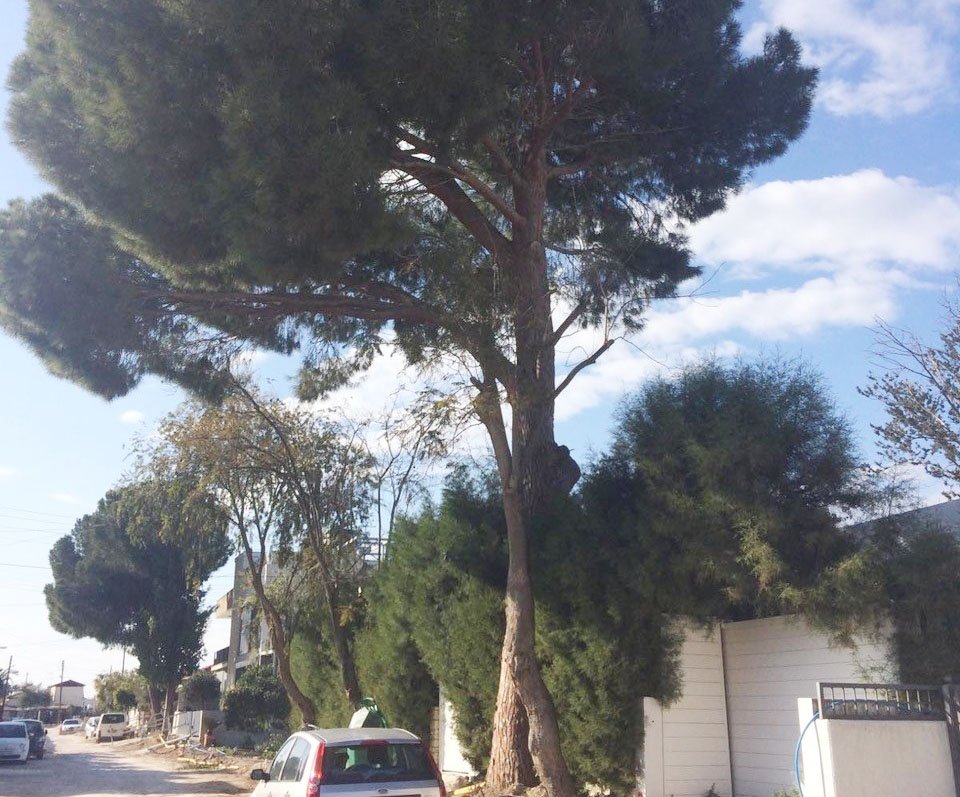 So far two majestic pine trees have been damaged and condemned to be cut as part of roadworks in Ayios Andreas, but that is not the end of it, local resident Niovi Santama told the Cyprus Mail on Thursday.

Santama, who has started a petition against the tree cutting signed by more than 1,000 people online, believes the roadworks were not needed at all.

“Ayios Andreas is a very central area, right next to the dead zone,” she explained. “This is why it is privileged and preserved from the development which has turned much of the rest of Nicosia into a concrete jungle.”

It is like Nicosia was 30 or 40 years ago, she said, with two-storey buildings, and the road where she lives has six or seven majestic huge pine trees, which she believes may be 100 years old.

“It is totally unnecessary, everything was there, connection to the sewage system, telephone lines, electricity, internet. The Mayor says that anti-flooding needed to be installed but I wonder why this could not be added without the total and radical destruction of existing infrastructure…The Nicosia municipality it seems got funding from the EU for which underprivileged areas are eligible, and Ayios Andreas qualified.”

Another factor which then comes into play is the contractor, which Santama says is using a trick to get rid of the pine trees which are 15 metres high.

The company wouldn’t get a permit to cut them down because they are protected, so they damage them during the construction works, and not by mistake. When their roots are exposed and they are dying and become unstable, it is then easy to get a permit from the forestry department, as they are declared a hazard.

“The maximum fine they may get is €1,000 per tree. A contract like that is probably orders of magnitude higher. It is not only about the two trees. I am concerned about all the other trees in this road and other roads nearby. We have a climate emergency and we need to be massively replanting trees. We should protect and not cut trees in the hottest city for no reason. If we allow it here it will become an unlivable city.”

The forestry department says there is a law about how far from a tree’s trunk digging is allowed, according to the species.

“It was illegal. The contractor acted without permission and damaged the root system. It will be decided if we will take them to court or have them pay a compensation,” the department’s spokesman Andreas Christou said, adding there is no telling how much compensation the company may have to pay.