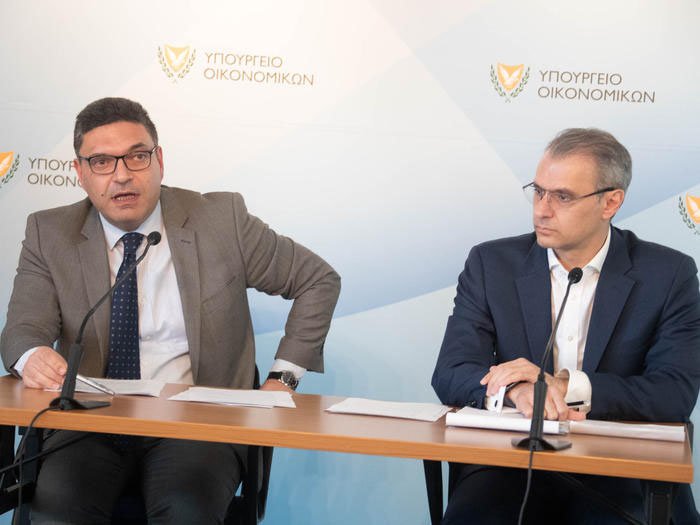 The cabinet on Thursday approved a bill suspending repayment of loans for nine months and a €2bn stimulus plan in a bid to boost liquidity in the economy amid the ongoing crisis caused by the coronavirus epidemic.

Petrides said there will be a cost to banks, but they were not expected to have viability problems.

The first scheme approved by the cabinet concerns a suspension of loan repayment until December 31 while the second involves state guarantees worth €2bn to banks for low-interest loans.

The repayment suspension covers businesses, self-employed persons, and individuals who had been consistent with their dues.

Petrides said lenders were asked to act as channels without making a profit.

The minister said thousands of jobs were at risk and thousands of bankruptcies loomed and brave measures were needed that will have a huge impact on public finances.

However, they will prevent a deep and protracted crisis and will allow a faster recovery and return to normality at the end of the pandemic.

The government has been called on to use the entire arsenal at its disposal to absorb a significant part of the impact.

The schemes will be discussed by the House finance committee on Friday morning and are expected to be put to the vote in an emergency session in the afternoon.

The scheme will be reviewed at the end of the period and possibly readjusted depending on the EU decisions.

To be eligible, people and companies must submit a written request to the banks.

The second scheme involves the provision of low-interest loans worth €1.750bn to businesses and self-employed so that they can manage the fallout of the coronavirus crisis.

An additional €250m will be used to subsidise the interest rate. It also applies to individuals, self-employed, and businesses.

“Government guarantees are given to increase liquidity in the real economy and cannot be used to repay existing loans. But they could be used to pay the interest rates on loans that are part of the existing scheme.”

The government guarantees will cover 70 per cent of the losses possibly incurred from the loans and banks 30 per cent, irrespective of whether the loan is covered or not.

Duration of the loans would be between three months and six years, except current accounts, where the state guarantee will be one year.

The guarantee scheme will start early next month while the first loans are expected to be approved beginning of May.

The main condition in securing a loan is not to lay off staff through the redundancy fund between the time the relevant decree comes into force and September 30.

Petrides said for instance that an SME can get a secured one-year loan at a 0.75 per cent interest or 1.25 per cent if it’s not secured.

A three-year loan with collateral would carry a 1 per cent interest or 1.5 per cent without collateral.

A secured six-year facility will carry a 1.5 per cent interest or 2 per cent if it’s not secured.

Similarly, larger businesses will be charged 1 per cent on a secured one-year loan, or 1.5 per cent if not secured.

“The expectation is that after the end of the crisis, businesses drawing on new cheap borrowing for liquidity, will be in a position to repay it,” Petrides said.

Potential losses will be covered by the state guarantees, raising the public debt.

Interest rate subsidies concern those who will have a harder time recovering after the crisis.

“Based on the two schemes, the banks are essentially drafted to act as transport mechanisms of the liquidity to the real economy, without profit, covering only their cost,” Petrides said.

The central bank governor said the moratorium on loan repayment helped the real economy, households, and businesses while the banks were safeguarded because they were not forced to classify the failure to repay as non-performing loans.

Herodotou said the central bank was studying further measures, which were going to be announced soon.