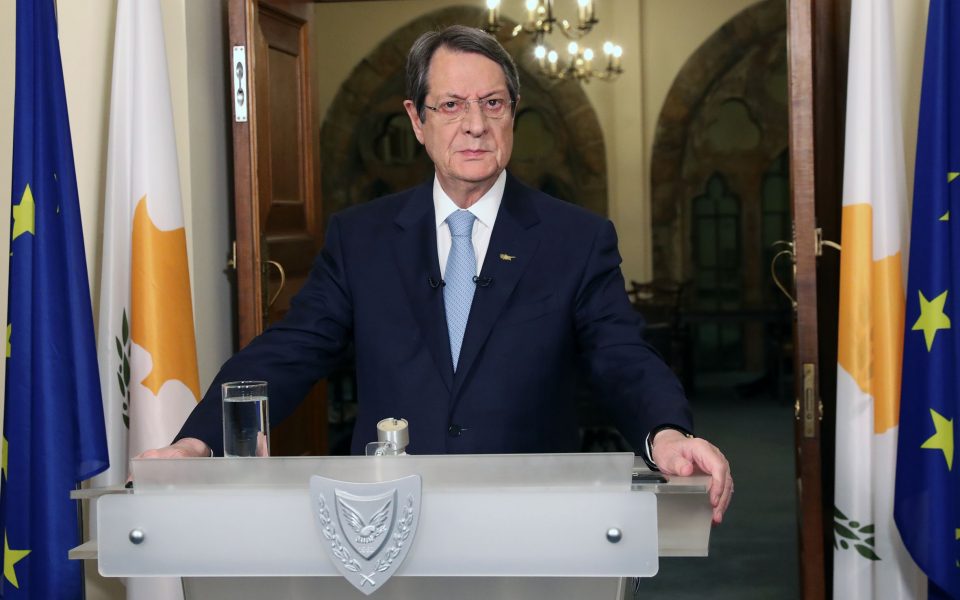 THE CORONAVIRUS has turned a few of our ministers into generalissimos, talking down to the undisciplined and irresponsible populace that is putting the nation at risk and punishing us with curfews, police raids on houses, police checks on the streets and issuing permission for us to leave our shelter, for a specific reason, once a day.

You can tell they are enjoying this role, governing by decree, using the cops and the army to impose martial law, while insisting this is all for our own good. I know the authorities need to enforce the social distancing that a minority of idiots have been ignoring, but should we also be thanking them for depriving us of basic civil liberties, demanding we seek permission to leave our house?

What I resent the most is the patronising way we are spoken to by the generalissimos and their leader Prez Nik every time they decide to tighten the measures and make our daily life more difficult. They address us like we are all naughty schoolkids that cannot be trusted to behave responsibly and must be punished for our own good.

Personally, I resent being treated like a kid by power-tripping ministers relishing their fascistic powers, especially as I comply with all their rules, staying at home, washing my hands, keeping two metres away from others in the supermarket queue and applying for permission to go for a walk.

It seems the pandemic has transformed all citizens into kids, undeserving of any respect, and the only grown-ups in the country are the stern generalissimos and the epidemiologists advising them.

PREZ NIK’s comment on social media last Tuesday just before the night curfew was to be introduced said it all really. “I would rather be judged harshly for my decisions today than to deal with your pain and bitterness because my own timidity has caused the loss of life to your loved ones,” he declared, making it clear that we kids were incapable of protecting our loved ones so he was doing it for us.

The same tone marked the public comments by the generalissimos of health and interior, the latter, Nicos Nouris, a permanent presence on news shows on all television stations, his pompous, self-regarding style giving the impression he was serving a totalitarian regime. He just loves telling us what we are allowed and what we are not allowed to do, as well as occasionally granting us a small liberty like informing us on Saturday that we can take our pet to the vet.

He tweeted on Saturday, “we clarify that movements permitted by the decree such as a visit to the doctor includes a visit to the vet.” Don’t forget to take your pet with if you get permission to leave the house to visit the vet.

I loved the inventiveness of the guy who was stopped in his car by police in Limassol and told them that he was taking his pet for a walk. He had a canary in a cage on the back seat. The next decree will define what pets can be taken for a walk – although the Animal Party said it had secured special dispensation only for dogs to be taken for walks more than once a day.

I WAS wondering who advised the doctors and epidemiologists that give the nightly report about the latest confirmed cases of Covid-19 to inform us about their personal feelings and fears. Can’t they just give us the facts, do their scaring the kids routine and go home?

Last Sunday for instance we had the university virologist Leontios Kostrikis warning that “from one moment to the next things with this virus can become critical for our country… the danger remains extremely high.”

He was followed by Dr Marios Loizou, the Scientific Director of Okypy, who said among other things: “Our daily life has been unsettled significantly and anxiety, fear and uncertainty have entered our lives. We worry about ourselves and our people. The people of the hospitals experience this more than anyone. Every morning or afternoon when we leave for work, when we close the door we see the anxiousness in faces of our own people, just as we see the happiness with sadness when we return home. Happiness for the return. Sadness because they know…”

He was not only talking about himself, but all the people working in the hospitals. We appreciate what health professionals are doing; we do not need to have it shoved down our throats. 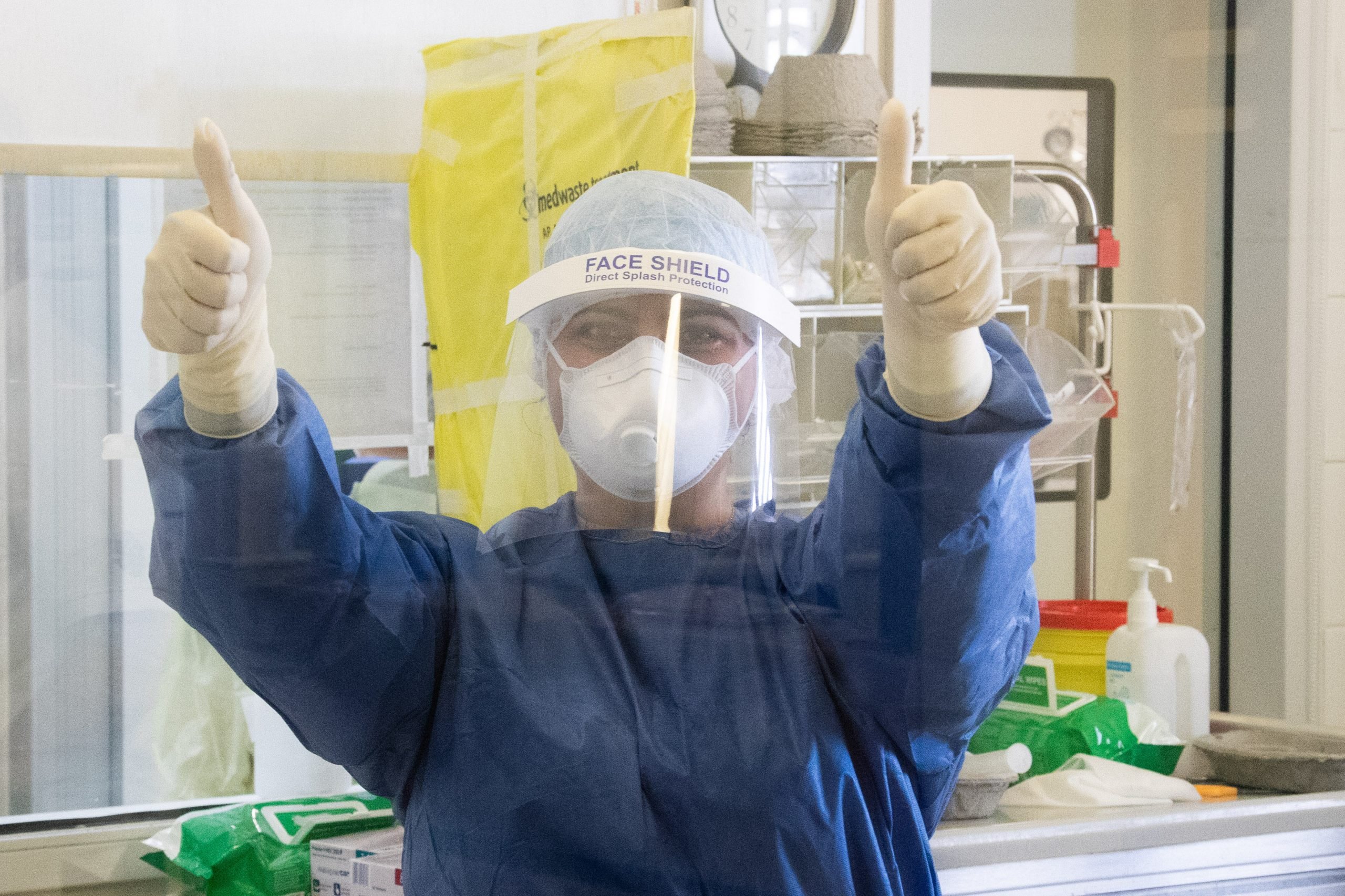 INSTEAD of praising the medical staff he should have had a go at those despicable health professionals who were securing sick leave notes from doctors not to go to work. This is truly horrific behaviour that has created staffing problems and forced the authorities not to recognise the ‘sick leave’ certificates issued by doctors.

Health professionals claiming illness not to show up for work for a few weeks now have to go before a medical council that will decide if taking sick leave is justified. In a war situation these individuals would be classed as deserters, but I do not know what you would call them in a pandemic situation, even though cowards would seem an apt description in both cases.

Trito morning radio show’s self-styled medical expert Marios Kouloumas, the head of the patients’ association, said it would be wrong to put these health professionals through a medical council and that the authorities should accept they were ill. Being a patient himself, Kouloumas must know that you only have to ask a doctor to write you a two-week sick leave note to get one. You do not even have to pretend you are ill.

THE PANDEMIC has not been very good for the presidential aspirations of our foreign minister Nicos Christodoulides and his carefully crafted plans to upgrade the geo-strategic significance of the Republic. In fact with the Cyprob and our grandiose energy plans also ending up in quarantine, he has to suspend the building work on his presidential profile, which had been making remarkable progress before the pandemic struck.

Now he has been completely sidelined, overshadowed by the generalissimos on the television and radio every day talking about their measures and telling off the naughty kids. He doesn’t even have a “significant” meeting to talk about as he is stuck in Kyproulla unable to pursue his significant diplomatic agenda.

He has tried to find a role for himself in the pandemic by taking an interest in the plight of the students stuck in the UK and Greece. Last Sunday he tweeted that he had spoken to representatives of student associations in the two countries, which was a bit of a downgrading of his role. He also found a rich Cypriot to pick up the bill for the €750 allowance for 2,000 of the students stuck abroad.

More importantly, he also arranged packages of food for students in the UK. As he cannot do his funky stuff as foreign minister he has decided to act as the education minister to stay in the public eye. 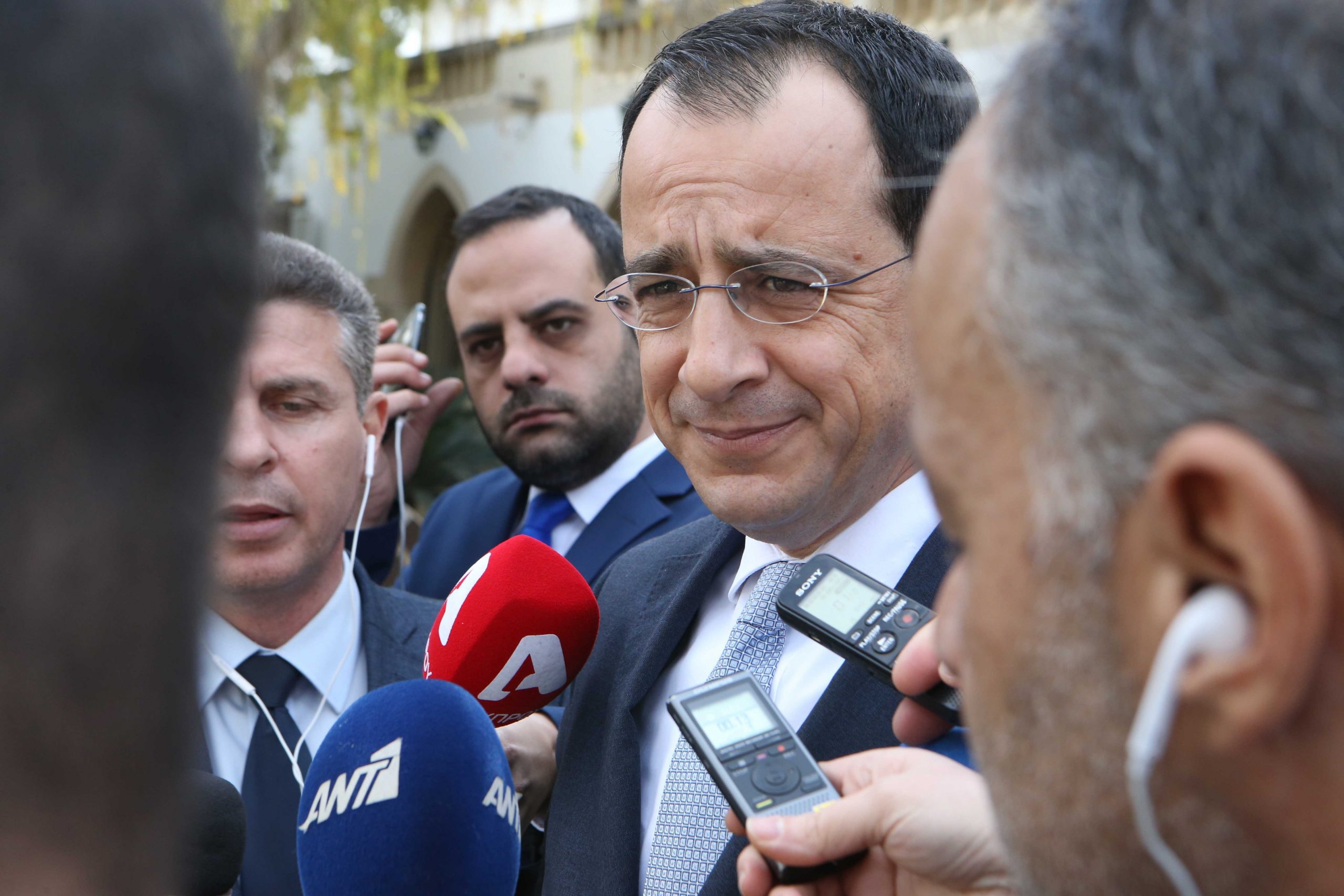 GENERALISSIMO Ioannou may have now moved ahead of poor old Nicos in the presidential stakes as he hopes to be seen as the man who stepped up and took responsibility when the country was being attacked by the invisible enemy.

There was a tell-tale sign that the health minister was now also eyeing the presidency. On April 1, he sent a tweet about the Eoka struggle saying “we honour the struggle of ’55-‘59 and the heroes for freedom with faith that this battle we are giving today will be won. Many happy returns Cyprus. We will make it.”

NOBODY would have been surprised by the moralistic opinion issued by attorney-general Costas Clerides about the decision of the Limassol Bishop Athanasios to move the time of vespers on March 24 two hours forward to circumvent the ban on people attending church services that came into force at 6pm on that day.

His moralising was the justification for his decision to do nothing about the bishop’s blatant show of contempt for the authorities, but Clerides has always been afraid to take any action against the Church, even though he acknowledged Athanasios’ action could be considered “irresponsible.”

The bishop knew that mass gatherings and the movement of people would be banned at 6pm for public health reasons and by holding a church service two hours earlier he knowingly put lives at risk. He would argue that people were not infected in Church, but could that be a defence in a court of law?

An AG that was not afraid of the bishop would have taken legal action against him for knowingly arranging a gathering that could spread the virus. It was not as if the virus could not be spread two hours before the decree came into force. Athanasios got off with a mild rebuke by the moralist-general, who never uses the law against men of the cloth.