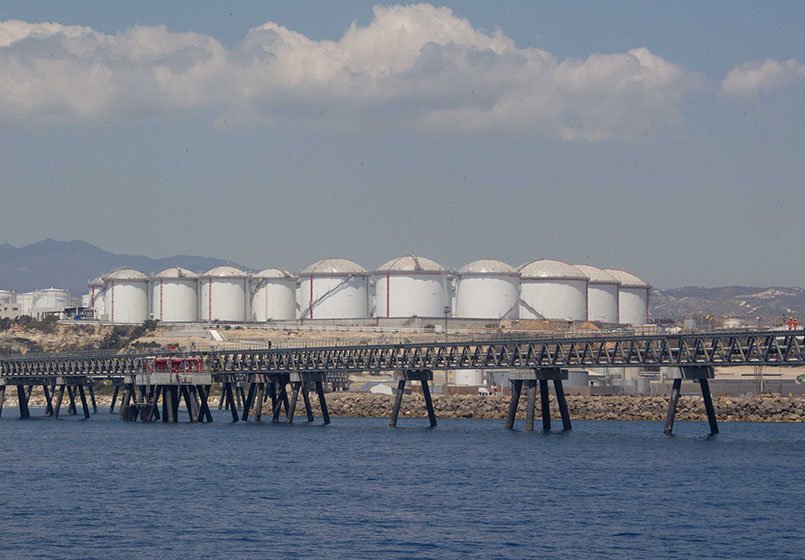 Hoegh LNG submitted a formal application to Cyprus Energy Regulatory Authority (Cera) on March 31 for a liquefied natural gas (LNG) infrastructure ownership, operation and development licence in Cyprus. This, together with the parliamentary decision to release the €43million EAC funds into the share capital of the state-owned Natural Gas Infrastructure Company (Etyfa), has brought the LNG import project back into the limelight.

In the meanwhile, Energean is still pursuing its own offer to supply Cyprus with natural gas by pipeline from its Karish gasfield in Israel, which is on track to start production within the first half of 2021.

Cera has not yet responded to the application by Energean, even though this was made on November 19, or the one by Hoegh. However, according to the Official Gazette of the Republic of Cyprus, dated March 6, Cera decided not to grant “the requested permit for construction, ownership and operation of liquefied natural gas installation to Etyfa.” It cited as the main reasons for this the fact that Etyfa did not submit additional information requested by Cera on October 27 and the decision by the Council of Ministers on December 4 to apply “a deviation from the licensing process of Etyfa by Cera for construction, ownership and operation of the LNG facility”.

The reason for this is that the Council of Ministers declared Cyprus’ natural gas market as emergent, which in effect has given the Natural Gas Public Company (Defa) and Etyfa monopoly rights for ten years.

But are these decisions to the best interest of the Cypriot consumers and industry, especially given the state of the economy as a result of coronavirus?

Norway’s Hoegh applied to Cera on March 31 for an LNG infrastructure ownership, operations and development licence in Cyprus. I had the opportunity to talk to Hoegh’s President & CEO, Sveinung Stohle, who explained what the company is offering.

Hoegh has been considering this for a while, since it first made its offer at the IENE/FMW conference in Nicosia in January. The company did not participate in Defa’s tender as that involved selling the assets, the Floating Storage Regasification Unit (FSRU), and as such it did not fit with its business model. Hoegh leases FSRUs and provide regasification services – it is one of the leading companies worldwide in this sector.

The company took its time to put together an agreement with VTTI and H4E GasFuel Ltd, gaining access to VTTI’s jetty at Vasilikos. In addition to having top-class experience, it has an FSRU and all the necessary equipment already available. Provided a licence is granted soon, it can deliver first gas to Cyprus early 2021.

Stohle hopes that Cyprus will support this application. He confirmed it is a much cheaper option than currently being pursued by Defa and “will certainly lead to substantial reductions in the cost of electricity”, starting 2021. A key advantage of this offer is speed, at no cost to the state.

Hoegh will be targeting power producers but will also be in a position to deliver LNG to customers in Cyprus by truck. The FSRU can stay on location as a bridging solution – until Defa’s project is up and running – or for an extended period serving customers in Cyprus as well as bulk breaking and delivering LNG to other customers around the East Med.

Hoegh has contracts and works closely with major LNG suppliers, which ensures commercial flexibility and access to LNG at very competitive prices. But it is equally happy for its customers in Cyprus – that could include Defa – to procure and supply the LNG to the FSRU, with Hoegh providing regasification services.

Stohle confirmed Hoegh’s readiness to prioritise this project and deliver LNG to Cyprus within months.

It is not clear that the decisions by Cyprus’ Council of Ministers and Cera concerning the construction, ownership and operation of a LNG regasification terminal and the natural gas market in Cyprus, or the declaration that Cyprus is an emergent gas market, were communicated to the European Commission (EC), what the EC’s position is and whether approvals have been granted. No such approvals appear to have been formally published in EU’s Official Journal.

In addition, the EU Gas Directive defines ‘emergent market’ to mean “a Member State in which the first commercial supply of its first long-term natural gas supply contract was made not more than 10 years earlier.” But so far Cyprus has not had a commercial gas supply and, with the current delays and problems, Defa’s project is not likely to deliver any LNG until probably 2023.

As a result, there is no justification not to grant gas import licences to Hoegh and Energean. In fact such delays could be interpreted as an attempt to frustrate the process until Defa’s LNG imports start and then likely reject them. Combined with the serious irregularities during the LNG facilities tendering process – raised by the auditor-general – these are very worrying developments.

And they are happening at a time when, as a result of the coronavirus epidemic, Cyprus’ economy is heading for a deep recession, bankruptcies and unemployment, with huge economic consequences. The finance minister expects Cyprus’ economy to contract by 5 per cent this year, and given dire forecasts for the rest of Europe – with 10 per cent contraction likely in 2020 – it could be more. Cyprus will also have to borrow heavily to shore up the economy and business this year. Recovery will take long, beyond next year, and so will the main money earner, tourism.

So why on earth is Cyprus bent on investing millions of euros, money it will not have, on the most expensive option to import natural gas. Both Energean’s and Hoegh’s proposals do not involve any investment from the state – all costs will be borne by the companies – and both offer gas to Cyprus at much lower prices than Defa’s project would.

Depending on quantities, Energean can offer gas to Cyprus at less than $7/mmbtu and Hoegh at even less. Hoegh has the additional advantage that its gas can become available early next year, thus avoiding costly EU carbon emission penalties – about €170million over two-years – while at the same time reducing Cyprus’ emission levels. And it is a well-tried and tested approach – it worked very well in Egypt.

At a time when the government should be concentrating on how best to achieve economic recovery after coronavirus, it is in the interests of Cyprus, its consumers and its industry, to review these applications and grant the required licences, facilitating multiple, competitive, options for the supply of natural gas to the island.