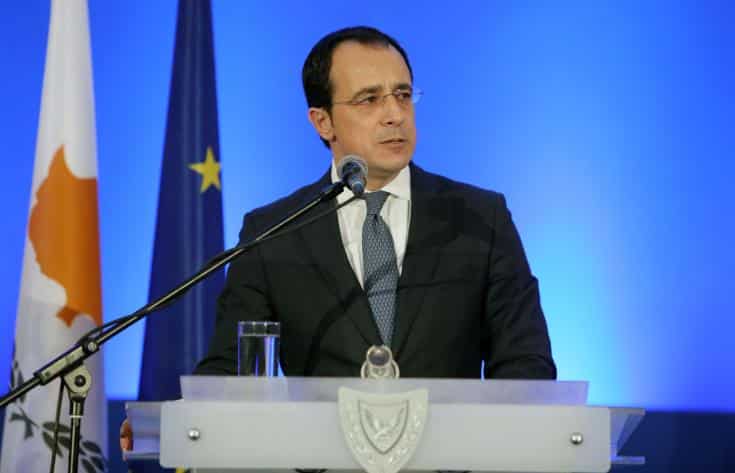 More than 5,000 people stuck abroad have expressed an interest in being repatriated, Foreign Minister Nicos Christodoulides said on Thursday.

The government is currently working on gradually repatriating Cypriots, but also permanent residents stranded abroad after the ban on flights was introduced last month but also the request for those wishing to return to present a certificate they do not have coronavirus.

President Nicos Anastasiades announced on Wednesday evening that cabinet decided to add more categories of people for repatriation; students living in university halls who are either in their first year or doing foundation courses; permanent residents who worked abroad and who have since lost their jobs because of the coronavirus crisis; and permanent residents currently abroad whose return is deemed necessary for humanitarian reasons.

Christodoulides told state broadcaster CyBC on Thursday that priority would be given to persons in vulnerable groups, and students in their first year or doing foundation courses staying in university halls. He said that procedures for these students’ repatriation but also of those belonging in vulnerable groups would start immediately.

“Under the current conditions and advice from the experts, it is not possible to simultaneously grant the wish of all our compatriots to return home,” Christodoulides said.

Student representatives in the UK said they were satisfied that the repatriation has started.

According to member of the union of Cypriot students in the UK, (Efek), George Andreou, their suggestion to prioritise, apart from students in vulnerable groups, first-year students was taken on board by the foreign ministry.

Andreou said they had been having weekly teleconferences with Christodoulides to discuss issues that concern them.

He said that there were approximately 10,000 Cypriot students in the UK. It is estimated that around 6,000 are still there.

“We are satisfied that the repatriation of students is starting,” he told the Cyprus Mail.

Andreou explained that their suggestion to also prioritise first-year students was due to the fact that they had not been long in the UK and might not know their way around and be unsure of what to do during a difficult period.

He said that students with other issues such as depression should also be given priority. Andreou also said there was no problem getting food, while the foreign ministry had provided students with a list of doctors they could contact  for advice on health-related issues.

The minister had said on Wednesday evening that more than 16,000 Cypriots staying in 120 countries registered so far with the portal launched earlier in the week for those wishing to be repatriated.

“More than 5,000 people expressed interest in being repatriated,” Christodoulides said, adding that registration to the platform does not necessarily mean they all wish to be repatriated. Many Cypriots abroad just want to be in touch, he said.

He said that the foreign ministry’s crisis management unit has received and responded to 27,000 messages.

“There are plans for all who want to be repatriated,” he said, adding the government is ready for their implementation.

Christodoulides said there was pressure on the government for repatriation requests which, he said, “were absolutely understandable.”

He said that he would meet later in the day with the transport minister to coordinate.

According to reports, the government plans on repatriating around 1,000 people every 15 days taking into consideration the availability of quarantine spaces and the number of coronavirus tests to be given to those arriving.

The foreign ministry on Thursday issued instructions on the documents students eligible to apply for repatriation must submit.

Before the new relaxations were announced, only students belonging in vulnerable groups were able to return without having to present a certificate they do not have coronavirus.

The foreign ministry urged students studying abroad and who are either in their first year or doing foundation courses and who are living in university halls to submit the necessary documents if they wish to repatriate.

They need to send a copy of their student ID cards, an invoice or letter proving they are enrolled at a foundation course or at their first year of studies for the current academic year and an invoice or letter saying the applicant lives in a university hall during the current academic year. Applicants must make sure their names are mentioned in the documents they submit.

The ministry said that “presenting false information is an offence.”

The documents must be sent to [email protected]