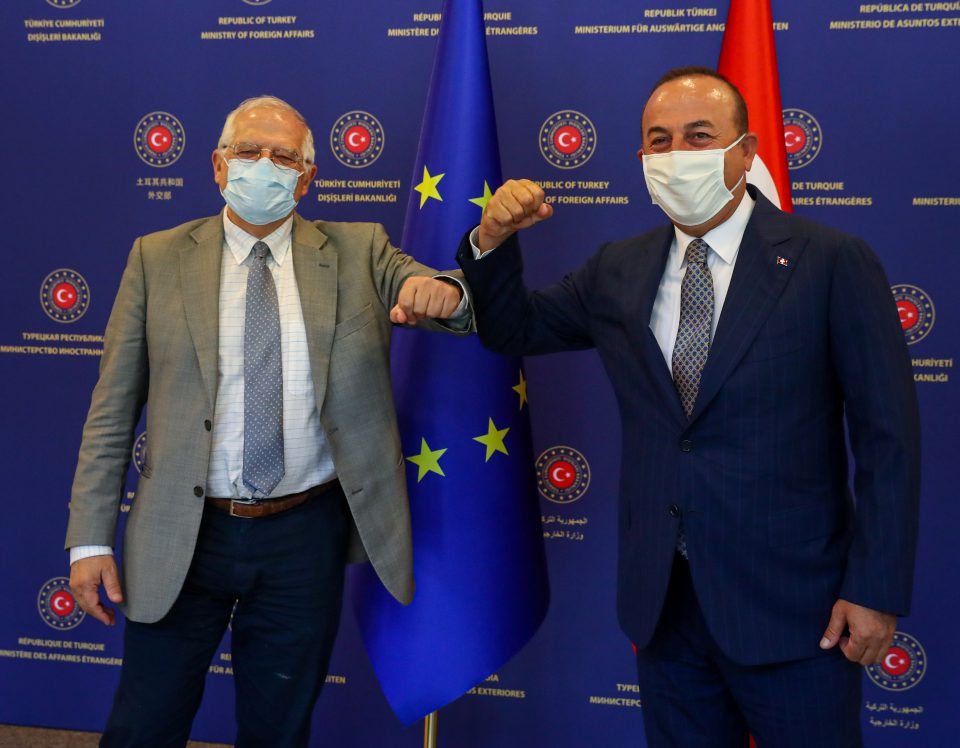 Turkey might not recognise Cyprus, but it is an EU member state and a solution must be found to the energy and delimitation issue to satisfy both sides, EU High Representative Josep Borrell said on Monday after a meeting in Ankara with Turkish Foreign Minister Mevlut Cavusoglu.

Borrell, who was in Ankara on a two-day visit, said he initiated the launch of talks between Turkey and the EU.

“Turkey does not recognise it, but the Republic of Cyprus is a member of the EU. But at the same time, a solution must be found that satisfies both sides. Negotiations between Greece and Turkey should begin,” he said.

He added that the Republic of Cyprus and the Turkish Cypriots, Greece, Turkey, the EU, and the UN could all meet.

He recalled that elections for the new Turkish Cypriot leader would take place in October and said that some say that any procedures must wait until then.

Cavusoglu, though stating Turkey is willing to talk with the bloc and expects the EU to be part of the solution, called on the bloc to be an honest broker.

“If the EU, on the matter of the Mediterranean and Cyprus, instead of displaying a concept of solidarity, mediates honestly, then it will be able to contribute to the solution of the problems,” he said.

He also said that, for Ankara to show flexibility on the issue of Cyprus and of the “unilateral” drilling activities of the Greek Cypriots, the rights of the Turkish Cypriots should be guaranteed and that the proceeds should be shared.

He said a direct agreement between the two sides was not necessary but that an EU mechanism could be put in place.

The only problem, he said, is the Greek Cypriot side that see themselves as the sole owners of the island.

“So far, the problem was not solved. Therefore, I say the EU must be part of the solution,” Cavusoglu said. He added that the Greek Cypriot side joined the EU contrary to international law.

He also called on the EU not to act based on political motives, but on common values, and adopt an approach on practical matters regarding Turkey’s accession process, pointing out that Cyprus and Greece, that have blocked some chapters as regards Ankara’s candidacy, “have taken our relations hostage”.  Cavusoglu also said that lately, France too has been placing obstacles.

“We see that there is involvement in the issue of the eastern Mediterranean and the Cyprus issue. And we are not the cause of that. Turkey, as the guarantor, is responsible for the rights of the Turkish Cypriots and our rights in our continental shelf,” he said.

Borrell said that EU-Turkish relations were not in their best and it was necessary for both sides to cooperate. He added that the eastern Mediterranean was a key area for Europe and it was important to establish good neighbourly relations.

“It cannot be done with a unilateral approach, we need cooperation and dialogue. We need more cooperation,” he said.

The Turkish minister also warned that any decisions taken against Turkey during the forthcoming meetings next week at EU level, would not resolve the existing problems but deepen them. If the EU takes additional measures against Turkey, we will have to respond, Cavusoglu said.