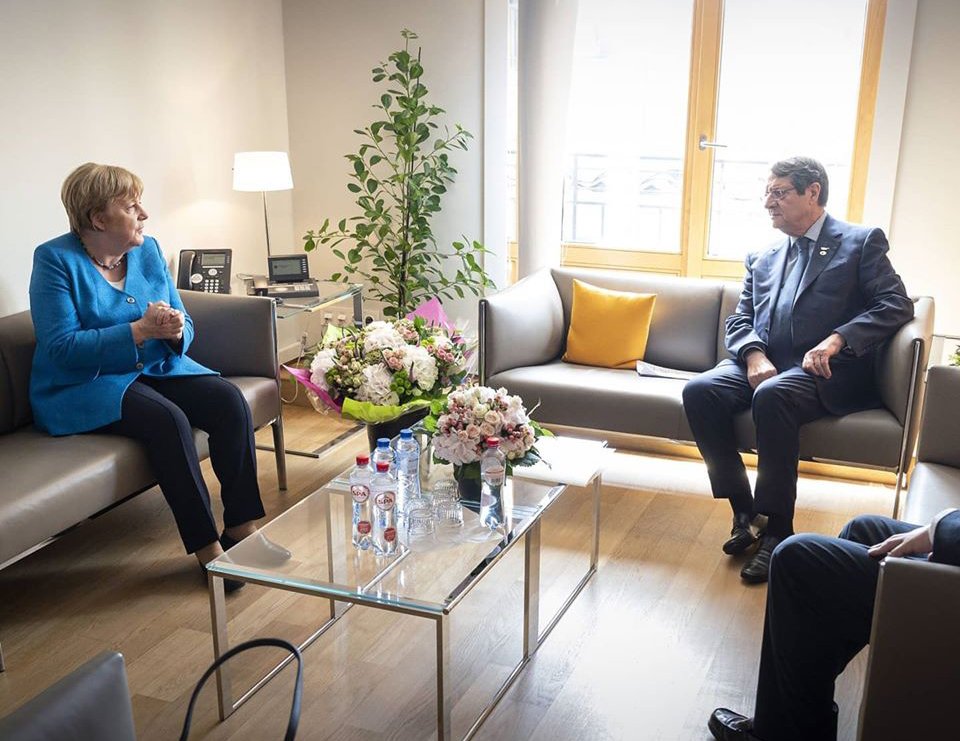 Government spokesman Kyriacos Kousios said the two met on the sidelines of the EU Council meeting in Brussels to discuss the EU stimulus fund to deal with the fallout of the coronavirus pandemic.

Anastasiades told Merkel the EU needed to take all necessary actions to end the Turkish violations in the island’s EEZ.

Kousios said the president also reiterated to the German chancellor his willingness to restart Cyprus talks as soon as possible to find a viable and functional solution.

Merkel showed interest in the developments in the Eastern Mediterranean and the prospects of restarting Cyprus talks, he said.

She also expressed her country’s readiness in the framework of the German Presidency of the EU Council to find ways to de-escalate the tensions in Cyprus’ EEZ.

Next week, Anastasiades is set to go to Paris to meet with French President Emmanuel Macron.

He is expected to discuss Ankara’s EEZ violation there as well.

A minute with Andreas Nicolaides Actor, director and writer