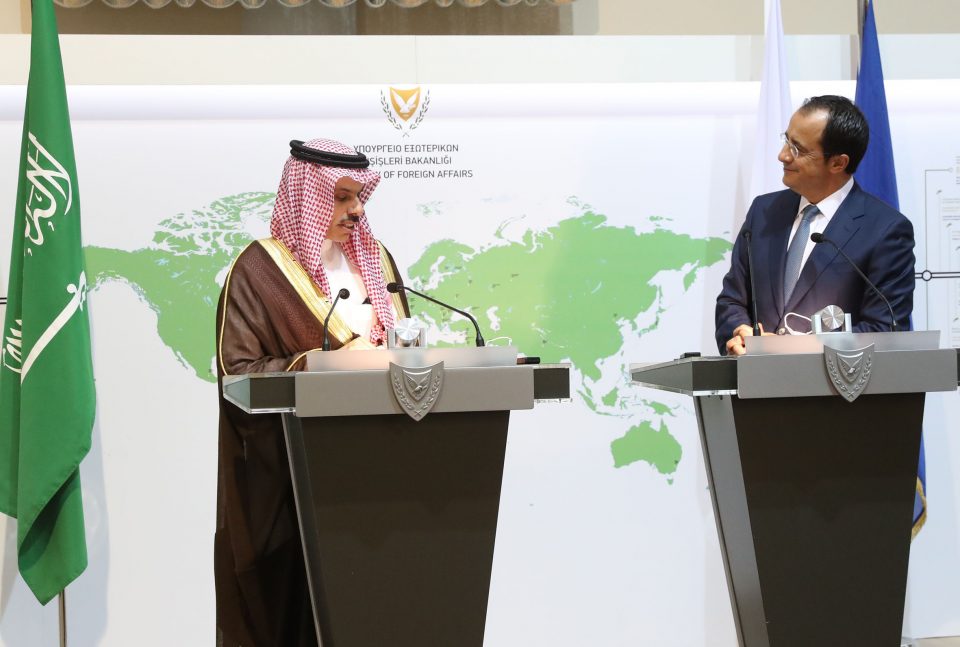 Speaking to the media later, he said his country calls on all nations to adhere to UN Security Council resolutions regarding the resolution of disputes.

For his part, Christodoulides said he briefed the Saudi diplomat on recent developments in Cyprus’ exclusive economic zone and on Turkey’s aggressive maritime posture.

“The solidarity and support of countries such as Saudi Arabia, with a clear understanding of the situation in the eastern Mediterranean, is imperative to us,” noted Christodoulides.

The two sides also discussed bilateral relations, agreeing to soon activate a memorandum of understanding for political discussions with a specific road map.

The Cyprus News Agency reported that the two sides have decided to promote the signing of a series of bilateral agreements and to hold two business forums by the end of the year.

It was also decided to introduce, before year’s end, direct flights between the two countries – to be carried out by Cyprus Airways and a Saudi airline.

Prior to coming to Cyprus, the Saudi foreign minister had visited Egypt, Algeria, Morocco and France; he is due to visit Italy next.