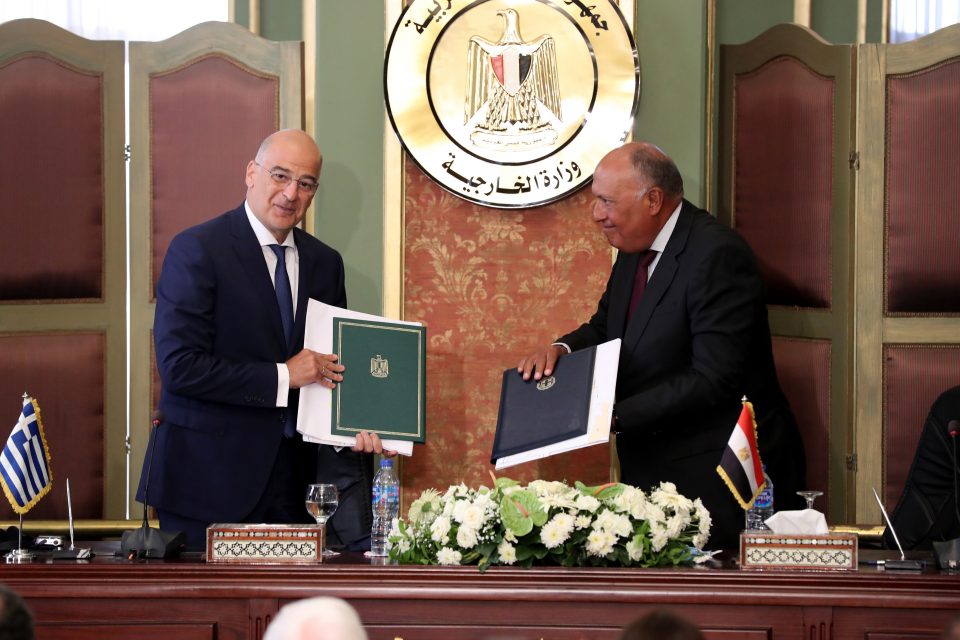 With prices so low, natural gas appears to have little to do with Turkey’s sabre-rattling

Following intervention by Germany’s Chancellor, Angela Merkel, President Erdogan agreed at the end of last week to ‘pause’ activities to carry out offshore surveys south of Kastellorizo in order to enable dialogue with Greece to address disputes between the two countries to commence.

Preparatory discussions to initiate such dialogue were in progress, but following the exclusive economic zone (EEZ) delineation agreement signed between Greece and Egypt on August 6, Turkey is threatening to return to its original plans.

Coming on the back of the Greece-Italy agreement, the Greece-Egypt EEZ agreement is a positive development. It is based on the United Nations Convention for the Law of the Sea (Unclos), recognising the rights of islands, as it should. But it needs to evolve further to cover the eastern part of the two EEZs, delineation of which is affected by the EEZ rights of Cyprus and Kastellorizo – something that Egypt was not prepared to grapple with. But it makes an excellent start, reinforcing internationally accepted maritime principles.

Welcoming the agreement, Egyptian Foreign Minister, Sameh Shoukry, said it allows both countries to move forward in developing oil and gas reserves in their EEZs.

But Turkey’s foreign ministry reacted immediately and strongly, claiming the deal falls within Turkey’s continental shelf and ‘violates’ Libya’s maritime rights and that, as such, it is null and void.

Germany’s intervention last week enabled Greece and Turkey to start preparation for a dialogue to address the disputes between the two countries.

Turkey’s presidential spokesman, Ibrahim Kalin, followed this by saying that Turkey was ready to discuss all issues, the Aegean, continental shelf, islands, airspace and the East Med along with other bilateral issues with Greece without any preconditions.

Greece welcomed the opportunity but made it clear that the immediate agenda should be confined to resolving maritime disputes. This was confirmed by Greece’s Prime Minister Kyriakos Mitsotakis. He said Greece intends to enter into dialogue with Turkey under strict conditions and within the framework set by international law on the issue of EEZ delineation. He went on to say that if the dialogue ends in disagreement, then the case should be referred to the International Court of Justice (ICJ) at The Hague.

But following Turkey’s strong reaction to the Greece-Egypt agreement, it is not now clear how Turkey intends to proceed. Reportedly, not only did it denounce this agreement, but it also terminated preparatory discussions with Greece. President Erdogan went as far as to say that Turkey will ‘resolutely’ continue its agreement with Libya, but was unclear on actions.

This could be an over-reaction, but it is perhaps in line with Turkey’s approach to these issues – to enforce its views through intimidation and aggression. The only sensible way forward is dialogue. Let’s hope that through Germany’s continued mediation this will eventually prevail – it provides the main hope for eventual settlement of East Med EEZ disputes.

The irony of this whole saga is that with plentiful cheap gas supplies in the global markets expected to continue for a long time, with prices remaining low, East Med gas is likely to continue to be too expensive to exploit commercially. This begs the question: what are the countries of the region striving for? An unrealistic perception of riches, or plain, well-entrenched, historical rivalries, or is this driven by Turkey’s determination to impose its will on the region? Whatever it is, natural gas appears to have little to do with it.

Greece has a strong hand to play:

Turkey’s position is more challenging. Covid-19 is still a threat to its people and its economy, which is suffering badly. As a result, its currency, the lira, is tanking, having declined by more than 25 per cent against the US dollar since the start of the year. And its agreement with Libya is based on very tenuous grounds.

Clearly both countries have much to benefit by reaching agreement – allowing them to concentrate on recovering from the debilitating effects of Covid-19 on their people and their economies – and much to lose if confrontation worsens.

The first may lead to an agreement between Greece and Turkey that could eventually impact Cyprus’ EEZ. And yet Cyprus is not party to this dialogue, other than indirectly through its close relationship and coordination with Greece.

This will be even more so if the dispute ends up being referred to the ICJ, which is quite likely. The court will consider only the issues referred to it, jointly agreed between Greece and Turkey.

The Greece-Egypt agreement only addresses the EEZ boundary between the two countries not accounting for Cyprus and Kastellorizo. This was done at the request of Egypt as it considers these issues to be too complicated. This leaves open questions that can be dealt only through negotiations with Turkey – not involving Cyprus.

In the meanwhile, in order to maintain pressure and to convey the message that it is determined to continue with its plans, Turkey is continuing and escalating intervention in Cyprus EEZ. It has issued a new Navtex and it is proceeding with seismic exploration east of the island, in an area that includes Cyprus’ offshore blocks 2 and 3 licensed to Eni/Total. A clear message that Turkey considers Cyprus a completely different issue.

These developments leave Cyprus in a vulnerable situation, with the concern that its position in the resolution of East Med disputes is fast becoming extremely weak, if not impotent. This will be even more difficult, if the Greece-Turkey dialogue resumes and progresses. Cyprus then risks becoming isolated.

Dr Charles Ellinas, is senior fellow at the Global Energy Centre of the Atlantic Council