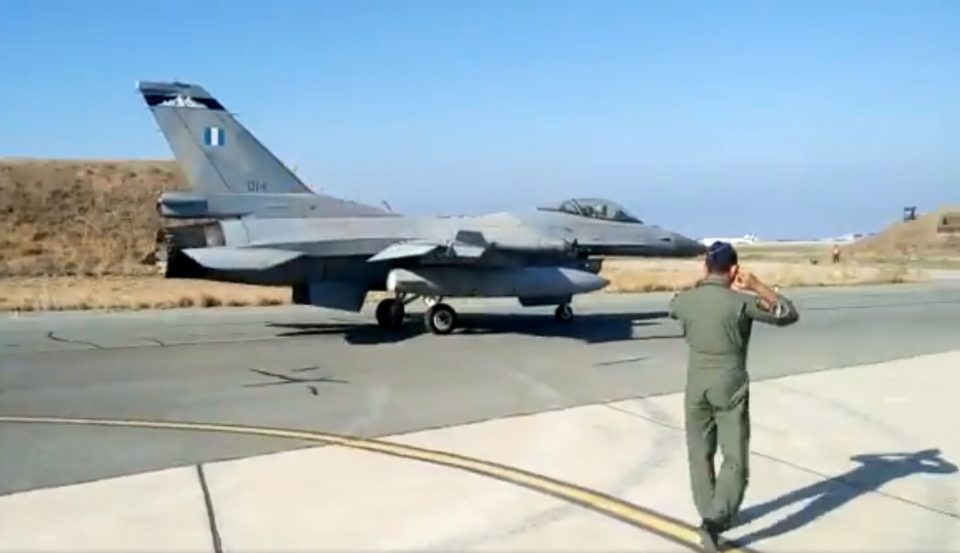 A screen grab from the video uploaded on Twitter

A Greek, Cypriot, Italian and French naval exercise will be held west of Cyprus from August 26 to August 28, reports said on Tuesday, as Turkey prepared to hold their own naval drill, amid escalating tensions in the Eastern Mediterranean.

Earlier in the day, three French Rafael fighter jets and three Greek F-16 jets arrived at Paphos’ Andreas Papandreou airbase, in anticipation of the aerial exercise in which Cyprus National Guard will participate.

The French naval frigate Lafayette will also take part in the exercises starting on Wednesday.

The General of the Cypriot National Guard Ilias Leontaris posted a video to his social media of the Greek jets arriving at the base.

On his post to social media he said: “Better days are ahead.”

Greece and Cyprus have claimed that Turkey is violating their exclusive economic zones (EEZ) by sending its seismic research vessel Oruc Reis and a slew of naval escort vessels to research in areas it claims are in its continental shelf.

On Tuesday, the Oruc Reis was in waters between Cyprus and the Greek island Crete.