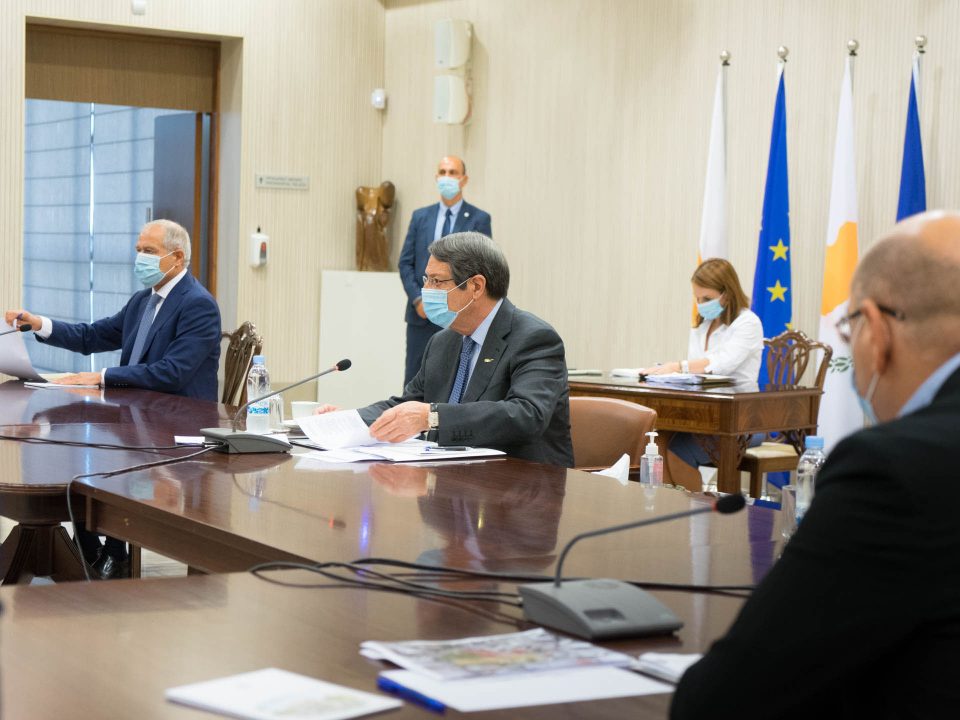 President Anastasiades at the meeting on Larnaca on Monday

President Nicos Anastasiades on Monday met with the mayor of Larnaca and its municipal board members to discuss the status of projects in the city.

Amongst the issues discussed was the creation of a UCy marine sciences and technology school in the city and turning the old Larnaca hospital into a municipal service centre.

Regarding the creation of the school, Anastasiades said the new leadership of the university has estimated the cost of creating and operating the school at €101 million over ten years and this was too expensive.

They decided to first fund and create a smaller research centre for the university in Larnaca, which would create ties between other research centres in the city. The rector of the University of Cyprus told the meeting this would gather more researchers, than the creation of a school, Anastasiades said.

He added the idea of creating a school there has not been permanently abandoned, as the centre could eventually turn into a school for marine sciences and technology.

But in a statement issued after the meeting, Larnaca mayor Andreas Vyras said the city wants to the school to be created from the outset and called on the university to re-examine their budget.

One part of the old hospital was already given to the municipality back in 2013.

The meeting was attended by the energy minister, education minister, health minister, government spokesman, the president’s undersecretary and the rector of the University of Cyprus.

Altamira Real Estate: Location of the week on special offer