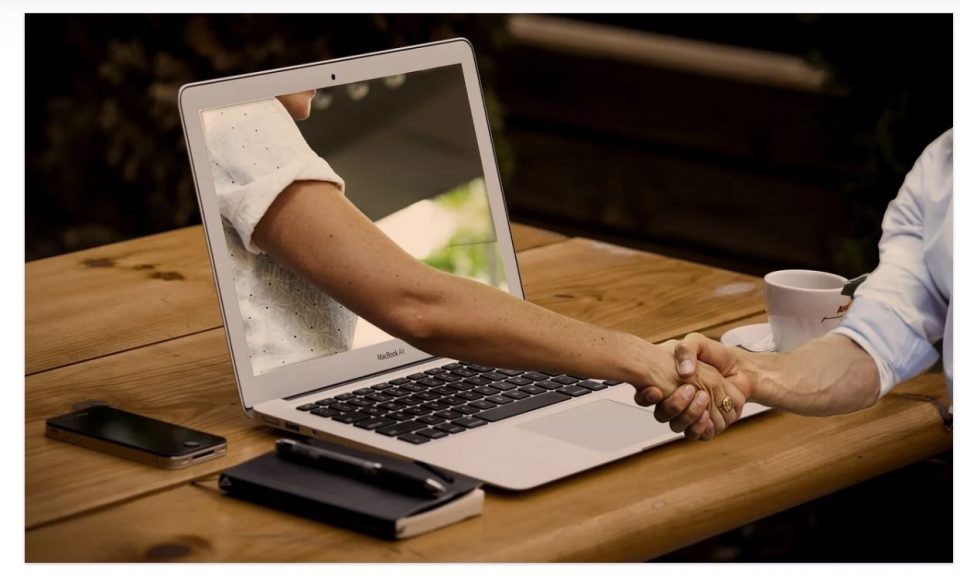 Yes, Virginia, the Metaverse is arriving. Why should you care?

Because, unlike previous high-tech revolutions, this one is going to put virtual reality on the high street.

You’re walking down to the shops, and suddenly you decide that you must have Chinese for dinner. Using your personal device, you activate the Metaverse, and a takeout bot appears right beside you on the high street. You order what you want, and have it delivered to your house.  Then you go back to physical reality.

If this is still hard to imagine, check out this video from softwaremaker Adobe, a company that takes the Metaverse very seriously. You’ll see that VR just pops up in physical reality like Pow! Zap! in a comic book.

“The original age of the Internet was just about getting people connected online. That was amazing at first, but it was isolating too, as many of us opted to spend time on our iPhones when sitting with a loved one at dinner. Now, we’re finally at a place where so many of us are online, that the online experience can reverberate back into the real world,” Joe Gebbia, co-founder of Airbnb, explains.

This is not some sort of sci-fi scenario. There is a Metaverse Exchange-Traded Product with a market cap of $15.31 million. The top gaming companies like Fortnite-creator Epic are putting a lot of capital into developing the Metaverse, which they see as the next stage in virtual reality. Razer, a gaming company that has diversified into financial services, earns close to $450 million per year and is investing heavily in the Metaverse.

“COVID-19 has accelerated the path to the metaverse,” the CEO of Razer, Min-Liang Tan, told the South China Morning Post. “Those who typically would not have been a gamer, have now become gamers… and we believe the first citizens of the metaverse will be gamers.”

But this goes way beyond gaming. Facebook recently bought the virtual reality specialist Oculus, and is reportedly targeting the Metaverse. You check your Facebook 20 times each day? Why not just live on Facebook at the same time as you live in the real world.

The term was coined in Neal Stephenson’s 1992 science fiction novel Snow Crash, a book that has had remarkable influence across global tech. In it, humans, as avatars, interact with each other and software agents, in a three-dimensional space that uses the metaphor of the real world. Stephenson used the term to describe a virtual reality-based successor to the Internet.

How to be in two places at once

Horizon has work in beta, and Live Maps Niantic, Magic Leap, Microsoft and many others are all preparing for the advent of the Metaverse.

Hour One, an Israeli artificial intelligence startup, is a serious believer. “You know the old saying that you can’t be in two places at once? With the Metaverse, you can be, says Hour One business strategy lead Natalie Monbiot.  Hour One is making replicas of people that will work as AI avatars. These avatars can be a near-perfect visual likeness of you and speak with words fed to them by marketers who want to sell you something. An Hour One avatar can speak on your behalf in a digital broadcast when you’re at home watching TV.

So y0u can be in physical reality as an avatar, while being in the Metaverse as yourself, or vice-versa.

You don’t believe it? Hour One has raise $5 million in venture capital funds that are betting to prove you wrong.

Hour One is working with companies in the ecommerce, education, automotive, communication, and enterprise sectors, with expanded industry applications expected throughout 2020. The company already has about 100 avatars in stock.

But it’s not just startups who take the Metaverse concept seriously. Nokia is now devoting resources to the Metaverse, as Leslie Shannon, Nokia Head of Ecosystem, points out.

Shannon referred to the importance of the Metaverse in a recent talk during the Virtual Reality Augmented Reality Association’s Global Summit.

“The spatial internet is the culmination of everything that AR and VR is developing today. It’s the idea of taking information about things, locations, or historical events and actually locating that information out there in the world where it’s most relevant.  Augmented reality and virtual reality will be the ways you will see and interact with this information layer.”

Metaverse is not for tomorrow, but it’s not futurism

“I think we’re still pretty far from having the thing. But I think the most plausible way the Metaverse is going to rise isn’t from one company, not even Epic, building this thing and forcing everybody to use it. It’s going to be from more and more companies and brands connecting their products and services until you have a much, much more open thing that everybody participates in,” Sweeney predicts.

“But the other critical element of the Metaverse is that it’s not just built by one mega corporation, right? It’s gonna be the work, the creative work of millions of people who can each add their own elements to it through content creation and programing and design. And the other way of adding value.

So it will be a massively participatory medium of a type that we really haven’t seen yet.”

Why has our wildlife disappeared?

Brexit, your money, and the UK