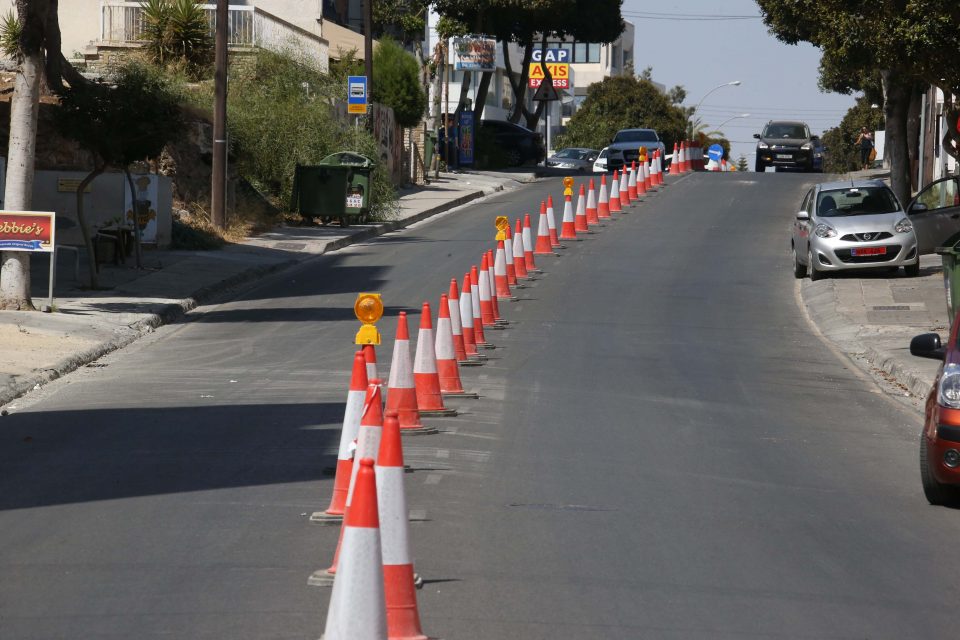 Road works on Themistoklis Dervis street in Nicosia are likely to mean more traffic chaos for the congested capital this weekend.

The department of public works announced on Friday that on Saturday, between 6am and 2pm two lanes of the busy street will be closed to carry out works for the construction of an apartment building.

During the execution of the works, the two lanes in the direction from the Gavrielides traffic lights to Nicosia between Nikokreontos and Tefkrou street will be closed and traffic will be directed to one lane in the opposite direction.

The public works department apologised for the inconvenience and called on the public to comply with signage and instructions by police.

More on the works can be found here www.traffic4cyprus.org.cy.

Nicosia traffic has become a nightmare with work on the central Makarios avenue set to continue for months. Once this is completed, work will begin on Evagoras Avenue which runs up to the old GSP stadium that has been turned into a giant car-park for ministry of finance and Thoc employees.

More road works are being carried out in another busy road.

The Nicosia municipality announced on Friday that upgrading the first part of Kennedy avenue has been completed, and 43 parking spaces have been made available, five of them for the disabled.

The second phase of the project started on Thursday, which concerns the section between Esperidon and Karpenisiou streets. The works are expected to be completed within nine weeks.

The overall project will be carried out in three phases, during which some traffic will be allowed at all times.

4 stages of raising children according to Tibetan wisdom