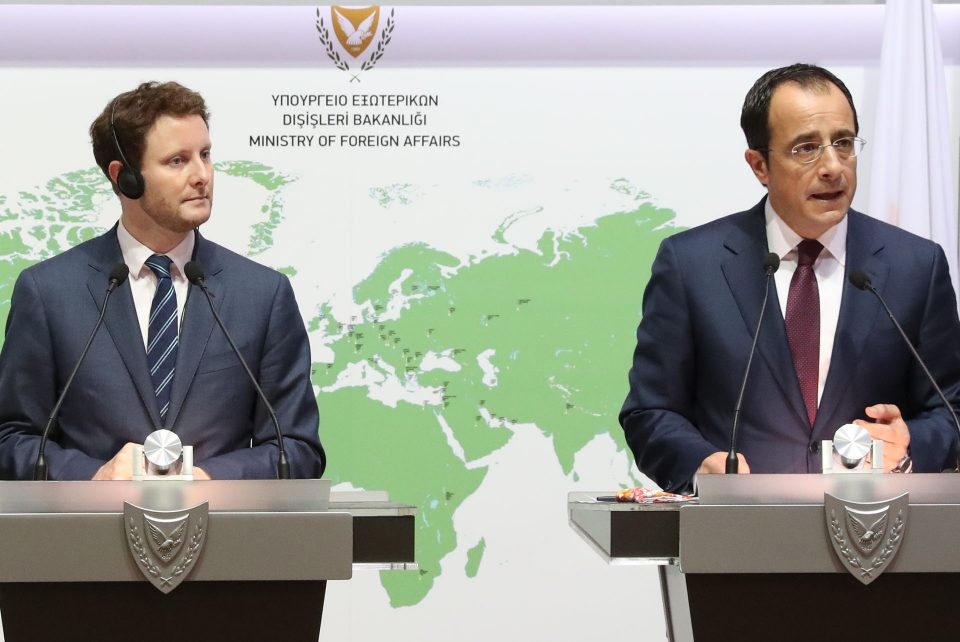 France said on Friday it cannot accept Turkish actions against Cyprus and Greece in the eastern Mediterranean, and the EU must unite on this as a matter of principle.

“You know very well France’s solidarity and full support towards Cyprus; to us it is a matter of principle and we must rally as Europeans. It is the notion we give this political case in Europe, it is a matter that endangers the security and sovereignty of a member-state inside its territorial waters,” French Minister of European Affairs Clement Beaune said after a meeting with Foreign Minister Nicos Christodoulides.

“We cannot accept a fait accompli against Cyprus and Greece,” he added.

France has boosted its military presence in the eastern Mediterranean to support its European partners, he said.

“We are showing our solidarity, we are joining hands and expressing our strong and robust position.”

Beaune said Cyprus also has the right to seek recourse at the international court if the issue was not resolved.

“We think the Union must be prepared to activate all the available instruments among them the one of sanctions, if the developments are not positive,” he added.

On his part, Christodoulides expressed hope that EU members would show the same determination as France during the upcoming European Council.

“Turkey’s continuing delinquent behaviour and provocative actions in the wider eastern Mediterranean area test the credibility and ability of the European Union to effectively protect its vital interests as well as the sovereignty and sovereign rights of its member-states,” Christodoulides said.

Extending its illegal drilling in the sea area until October 14 at a time when consultations and initiatives were underway to stop Ankara’s illegal actions and de-escalation, once more proved Turkey’s real intentions, he added.

“I hope that in the next few days, in the critical meetings to be held in Brussels, our partners will display the same determination as France so that we realise the decisions we made. I think the extensive discussions we had today on the matter are of special importance in light of the strategic discussion planned for the upcoming European Council on the entire array of Euro-Turkey relations,” the minister said.

The European Council will discuss Turkey during a meeting in Brussels on Thursday and Friday.

Later in the day Beaune, accompanied by Defence Minister Charalambos Petrides and National Guard Chief, Demokritos Zervakis, flew with a helicopter over Cyprus to witness firsthand Turkish illegal activities in block 6 of Cyprus’ exclusive economic zone, as well as over Varosha, the fenced off city of Famagusta.

Earlier, Petrides and Beaune met at “Zenon” Coordination Centre, in Larnaca, and discussed bilateral relations in the area of defence and security, cooperation in the framework of PESCO, joint support for humanitarian operations and developments in the Eastern Mediterranean.

Injured foreigners thought to have self inflicted wounds