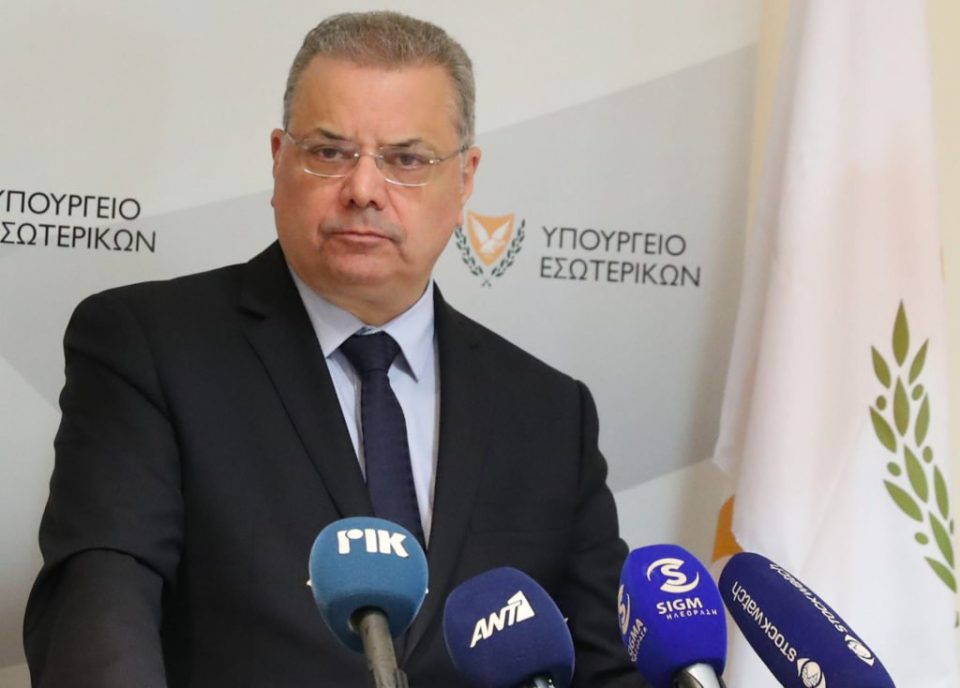 Interior Minister Nicos Nouris faced a barrage of questions from MPs on Monday as he strove to defend the government’s handling of the controversial citizenship-by-investment scheme.

The House interior affairs committee was discussing the recent reveals by Qatar-based Al Jazeera network, which released the so-called ‘Cyprus Papers’ alleging that a series of dubious individuals got Cypriot passports through the investment programme.

The minister had to wait approximately three hours before his turn came to speak.

Auditor-general Odysseas Michaelides opened it up, referring to the findings of the watchdog’s own report, made public last week.

Michaelides again zoomed in on the issue of spouses securing Cypriot citizenship. In several other cases, the audit boss said, the decisions by the cabinet – which has the final say on the granting or not of citizenships via the scheme – appear to have lacked a legal basis.

For his part, Nouris said his ministry over the past few days has re-checked the files on 117 investors who filed for citizenship and came to the conclusion that Al Jazeera had unjustifiably spun the story.

“It’s one thing to say that citizenship was given to someone who should not have got it, and quite another to say that the applicant was accused subsequently…in one instance, six months after naturalisation.”

The minister stuck to his guns, reiterating that what he had said during a press conference on August 26 still held true – namely, that the applicants mentioned as suspicious, actually met the criteria for citizenship at the time of applying.

Nouris did concede, though, that perhaps some of those applicants might not have passed muster today, after the criteria were tightened.

The minister insisted that “the real facts” are documented in a classified and confidential dossier distributed to the House speaker and the heads of political parties.

The interior ministry’s 42-page dossier, he said, answers the allegations made by Al Jazeera.

Nouris also addressed another finding in the audit office’s report, according to which 23 approved applications contained instructions from the interior minister for the process to be expedited.

The average time the applications in question took to be completed was 169 days – the minimum was 101 days and the maximum 283 – compared with the rest, which took an average 327 days (minimum 215, maximum 716).

Remarking on this, the minister said that for 20 of these 23 cases it was decided to speed them along because they concerned large-scale investments “that had to do with the best interests [of the Republic], as we see it.”

The audit office is investigating the procedures applied by the ministries of finance and interior in granting citizenships to foreign investors, mainly whether these individuals, and others who were involved in transactions, had been handled properly by the tax department.

After initially handing the audit office some data, the interior ministry refused to give up any other documents, arguing the information would be given instead to a three-member investigating committee appointed by the attorney-general to probe the programme since its start in 2008.

According to the information that was given to the audit-service, of the 1,597 applications filed after May 2018, 917 were approved, 35 were rejected and 10 withdrawn.

Living on the most crowded island on Earth