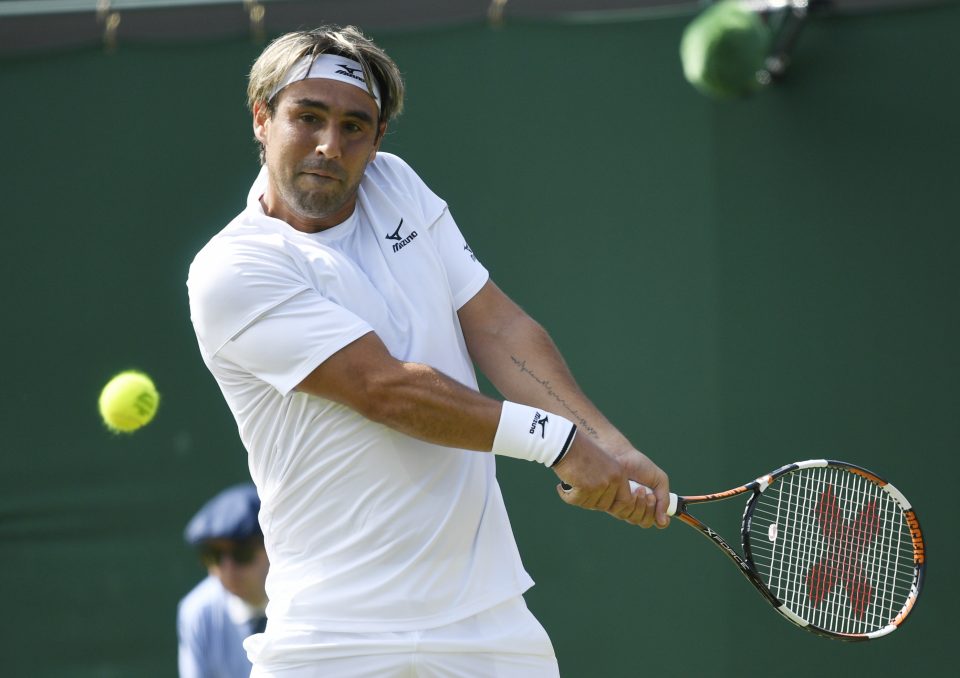 There are certain sportspeople that, once retired, somehow find a way to leave behind a shining image of themselves and set a good example for generations to come.

A little over a year after the last professional tennis match of his career, Marcos Baghdatis is enjoying his life, aware of the fact that he remains one of the most popular players of the ATP Tour in recent years.

Equally respected and admired by both his peers and the fans, the 35-year old from Limassol was the runner-up at the 2006 Australian Open, a semi-finalist at the 2006 Wimbledon Championships and reached a career-high ATP singles ranking of number 8, in August 2006.

He also has the longest winning streak in Davis Cup history with 36 consecutive singles victories, won four ATP Tour singles titles and racked up over €7.5m throughout his career.

He is arguably the most successful sports figure ever in Cyprus.

“I’m lucky, I woke up every day and did what I liked,” he told the Cyprus Mail in an interview.

“Even now that I’m retired, I think it’s important. I surround myself with people I trust and I love being with in order to achieve my goals and live my life in the best possible way.”

Just like everyone else, Baghdatis’ plans, which involve opening up a tennis academy in Limassol in the near future along with his wife and former pro player Karolina Sprem, were affected by the ongoing coronavirus pandemic.

“I was also planning to take part in some exhibition matches around the world with other former great players, like I did last year in London when I sparred with Goran Ivanisevic and Tim Henman, but I had to adjust to the situation.

“However, I want to remain positive, I think we can all learn from a difficult year such as this one.”

The will to learn is a key aspect in Baghdatis’ life, a vital tool that helped him succeed in his playing days and is helping him shape his current life.

“One never stops learning, there are always ways to improve ourselves, on and off the court.

“Take for example the big three, Roger Federer, Rafa Nadal and Novak Djokovic. People see them and think what they are doing is normal.

“But I assure you it’s not, if it was I would have done the same! What they have achieved is out of this world. And the reason they are still out there winning tournaments is because they never stop learning, they always find ways to improve themselves, even after almost two decades at the top,” he said.

“It will be tough for anyone to emerge after them, even though there are great talents around. One of them is Italian Jannik Sinner, he has everything to become great, including a great team around him and a legendary coach like Riccardo Piatti, which is an extremely important thing, especially at a young age such as his.”

Baghdatis’ rise to fame coincided with the career end of another legend of the game, Andre Agassi, who won the last match of his career at the 2006 US Open against the Cypriot in an epic battle that went down in tennis history.

Agassi eventually emerged victorious from the match, which lasted deep into the New York night, with Baghdatis leaving it all out on the court just to get back into the match from two sets down.

“I remember that game fondly, I wish I won it, of course,” he said.

“But Andre was the reason I started dreaming of playing tennis professionally. The first match I ever saw on tv was his 1992 Wimbledon win against Ivanisevic.

“He inspired me and he set an example for my career so, obviously, playing such a game against him in 2006 was an honour and a privilege I will never forget for the rest of my life.”

Baghdatis left Cyprus for Paris when he was 14 to train under famous French tennis coach Patrick Mouratoglou, who has been instrumental to his success and who can count among his proteges stars such as Serena Williams, Grigor Dimitrov and Stefanos Tsitsipas.

“It was during those first years with Patrick that I learned the importance of self-discipline,” said Baghdatis.

“It was very difficult at the beginning, but I know that I had the right people around me during those inevitable tough moments.

“There were moments during which I had big doubts on whether I was going to make it and during which I missed my home and my family. At times I was even thinking of quitting.

“But self-discipline kept me pushing to achieve better results. It compelled me to go to bed early, to train hard every day and to keep my mind focused, especially during those tough times every professional athlete goes through at some point.”

Some of Baghdatis’ best weapons, along with a striking forehand, which helped him earn 22 top-10 wins and 348 tour-level victories throughout his career, were his positive nature and his infectious smile, which endeared him to fans and colleagues, a rare feature in the ultra-competitive world of tennis.

“It’s just my personality, I guess people quickly realised I’m a nice guy and appreciated that. I was never fake and I tried to be honest with everyone, including the press.

“Positivity always goes a long way. That doesn’t mean I was never sad or angry, there were also difficult moments. There always are.

“But I guess I always tried to see the positive side of things, I still do actually.”

He added that coming from Cyprus, a country that never had any previous success as far as tennis is concerned, played an important role in shaping his image.

“Coming from a small island and achieving what I achieved probably made a lot of people dream that they could do the same. I’m very happy that people could identify with my story and appreciated me as a person.”

In December 2019, Baghdatis took up the new role of coach for Ukrainian Elina Svitolina, the current world No.5. Just as always, learning is a vital part of his new job as a mentor.

“Every day I come across something new, I pay attention to details, I study the game and I try to communicate with her in the most honest and simple way, without complicating things.

“Again, learning is the key, it allows me to improve myself as a coach as well as a person.

“Good results will always come to those who manage to keep an open mind, in sports as in everyday life.”