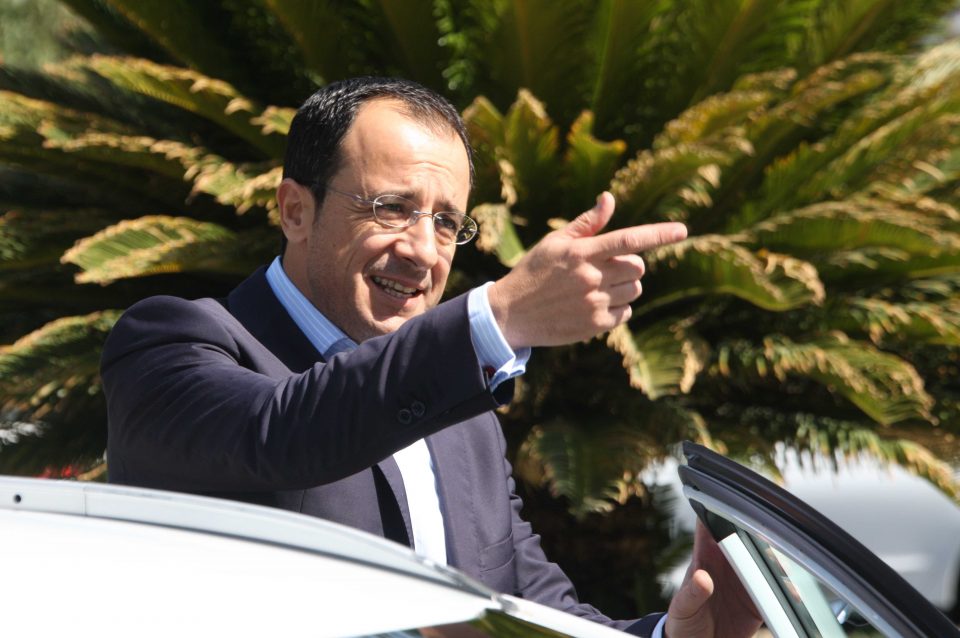 I WOULD like to apologise to the royal couple and particularly the wife of our foreign minister for referring to her as Mrs Philippa Christodoulides two weeks ago. I was not aware that she still uses her family name of Karsera and felt rather embarrassed when this was pointed out to me recently.

It was not the only inaccuracy in that item about the foreign ministry couple. Mrs Karsera had not just moved to what I referred to as the European Division of the foreign ministry but she was put in charge of the ministry’s General Secretariat of European Affairs that handles all ministries’ dealings with the EU. The head of the General Secretariat is known as the EU Sherpa.

The foreign ministry’s latest organisational chart, released last month, lists Mrs Karsera as the head of the secretariat, with the title Deputy General Secretary European Affairs/EU Sherpa. Her rank, also listed, is Counsellor A’, which is by all accounts a low rank to hold such office that is at the level of a permanent secretary and usually goes to someone of ambassador rank.

So how did Mrs Karsera land such a sought-after post, and why have we not seen or heard any public complaints from ambassadors and other higher-ranking ministry officials who are renowned for their union mentality, not to mention their sense of entitlement? Perhaps they all kept quiet about this so as not to get on the wrong side of their boss, our Prince Charming, the foreign minister.

I MAY be jumping the gun in thinking that this appointment smells a little bit like rusfeti but if I am wrong I would be glad to apologise. It may just be that it was a meritocratic elevation of the wife of the foreign minister to one of the top jobs in the foreign ministry and that she was the best person to be our EU Sherpa.

Perhaps this was why there had been no complaints by those higher up in the ministry hierarchy – they all accepted that Mrs Karsera was the best wife for the job. The big question is how Prince Charming managed to get round the rules of the public service that prohibit the spouse of a minister working in the ministry he or she is in charge of.

This rule was designed to prevent a minister favouring his or her spouse and although the prim and proper Prince Charming would never dream of doing such a thing, there would be nasty people bad-mouthing him about it, which is the last thing he would want as he cultivates his presidential profile.

I am certain there is a perfectly reasonable explanation for all this as I am sure there is for the absence of Mrs Karsera’s name from the list of staff of the Diplomatic Office of the President at which, according to the Official Gazette, she has been working two days a week since August 31.

Does the EU Sherpa have time to also work at the diplomatic office under someone else?

FEARING the Turks are not bluffing about opening the fenced area of Varosha, the Central Board of Directors (is there also a non-central board?) of the Movement of Famagusta Refugees has decided to write to the president and party leaders for their help, in “safeguarding the Resolutions of the Security Council, briefing, advising and standing by the Famagustans.”

They would also ask Prez Nik, “to proceed to talks, with honesty, trustworthiness and determination, putting aside what is inconclusive and incompatible with the prevailing framework approaches.” They did not offer suggestions on how he should deal with Turkish intransigence, which was the reason two thirds of Famagustans voted against the return of their town in 2004.

The Central Board of Directors, according to the minutes of the movement’s meeting on November 4, is of the view that in the event they were invited to return under Turkish or Turkish Cypriot administration Famagustans should “primarily safeguard the credibility of the Resolutions of the Security Council” as their “possible return could be presented as a viable and humanitarian resolution of the matter.”

They should turn down any such invitation as this would “inactivate the provisions of Resolutions 550 and 789 of the Security Council.” This sounds more like a spoof announcement. How many Famagustans returned to the town in the 30-plus years the provisions of the UN resolutions were fully activated? But they must safeguard the credibility of the resolutions that will keep their false hopes of returning alive for another 100 years.

I LOVED the message sent by the Ecumenical Patriarch Bartholomeos to the four Cypriot Bishops that have been acting like the agents of the Russian Orthodox Church, opposing autocephaly (independence) of the Ukraine Church.

In his message the Patriarch said the autocephaly of the Ukraine Church was a “final Church fact” and all churches should recognise this. The message added: “We believe the doubting of His decision to officially recognise the autocephalous Church of Ukraine by brother, senior clerics of Cyprus, reveal not their sensitivity for Church and canon order and the unity of Othodoxy, but rather their indifference to these, because of other reasons.”

The four bishops he was referring to were of Kykkos, Limassol, Amathous and Tamasos, whose bishoprics have benefited from lavishly generous donations by the Russian faithful. Of course, money has nothing to do with their stance against the Patriarch. It is because of Russia’s unwavering principled stance on the Cyprob.

Meanwhile, Archbishop Chrys must have pissed off the four bishops when they found out a few days ago he officially invited Bishop Epiphanios of Ukraine to Kyproulla, something our Tass news agency said “provoked reactions in theological circles.” Good for Chrys, this is the first sensible thing he has done in a long time.

THE LOONY fringe parties were up in arms this week because Prez Nik met Turkey’s new puppet in the north Ersin Tatar for an informal chat about the two-state solution, which they are all against, in the same way they are against the bizonal bicommunal federation, fanatically. And they called for a meeting of the national council which always provides solutions to all problems.

Solidarnosc could not accept the idea that the two agreed to attend an informal five-party conference and asked: “To what dangerous paths is the President of the Republic taking us, bringing a Grey Wolf, an organisation already classed as terrorist by France, to an international negotiating table?”

Diko was worried that Nik had not set conditions – Turkey stopping settlement of Varosha and violations of our EEZ – for attending negotiations, while the Alliance copy-pasted its familiar position that the Cyprob required “correct and careful handling after good preparation,” and, of course the national council should meet.

Edek won the first prize for looniness. It asked, “since when is the President of a recognised republic equated to the representative of occupation?” 1977 is the answer the advisor of the Edek leader did not know. The advisor also urged us to abandon our delusions. “The Cyprus problem is an issue of invasion and continuing occupation by Turkey and this is how we must face it.”

Perhaps Dr Sizo will propose a war of liberation to the national council because you cannot end the continuing occupation by negotiating with the representative of the occupation who is a Grey Wolf to boot and like Edek opposes BBF.

BOTOX expert Dr Sizo, apart from his loony ideas on the Cyprob, also displayed his skills as an epidemiologist, proposing a complete lockdown as a way of combating Covid-19. He advocated the immediate closing of airports, ports, marinas and crossing points until January. If we failed to follow his proposal, the “complete destruction of the economy as well as the significant increase in deaths will be inevitable.” And the complete lockdown now, will protect the economy from destruction?

Yes, because Dr Sizo had another brilliant idea – the state should give money to the self-employed and small businesses, following his proposal for increasing the liquidity of the state and businesses. He did not elaborate but I think his plan involves harvesting earlier than usual the money that grows on trees.

THERE was another demonstration against corruption outside the presidential palace on Friday evening and although it was organised by recently formed campaign groups, Akel also took part in the hope that some idiots would believe that it is also opposed to corruption.

Former rector of Cyprus University Stavros Zenios was on a radio show promoting the demo on Friday morning and when he was asked what the protestors wanted, he said that all those top government officials involved in the citizenship schemes should resign. Pressed to say whether he included the president of the republic, Zenios was put in a difficult spot.

He tried to avoid answering but the presenter of the show asked again. He fudged it again talking generally about all those involved. He was terrified of a headline along the lines of, ‘Former Cyprus University rector calls for president’s resignation over passports,’ even though it would have attracted much more attention to his cause.

COULD someone at the CyBC tell us why the corporation always refers to the President of the US as the ‘planetarchis’ which roughly translated means chief of the planet? Reporting on the US elections its announcers kept to talking about the “election of planetarchis,” which was also factually incorrect. Did the American people know they were electing a chief of the planet when they cast or mailed their vote? Maybe they would have voted differently if they knew that apart from US president they were also voting for a planetarchis. Joe Biden may have campaigned to ‘Make planet great again.’

Our View: Political system will not grow up unless Akel’s reactionary propaganda restricted