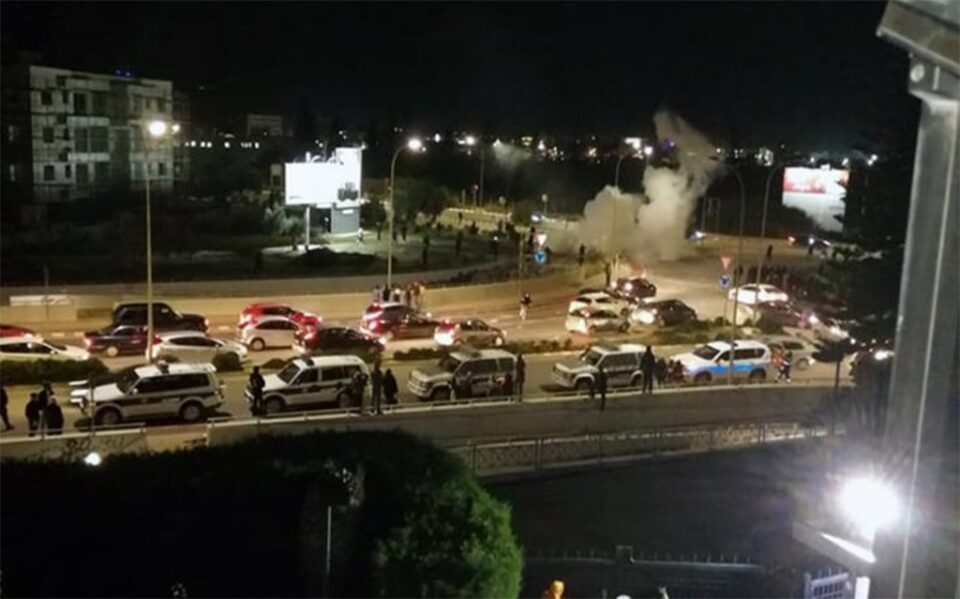 Police have arrested two more men in connection with protests outside the Dias Media Group building in Nicosia on Thursday, bringing the number of arrested people to five.

The arrested men, aged 45 and 41, are accused of gathering illegally outside the building which houses the Sigma television channel, rioting and violating coronavirus decrees.

Three people arrested on Thursday evening for the same incident will have to defend their actions in court while the two newly-arrested suspects are expected to be remanded later on Tuesday.

One police officer was injured during the incident.

Police said that a convoy of about 50 cars arrived at the site around 6.30pm. They were part of a group which had been protesting against various government measures in other parts of the town earlier in the afternoon.

The drivers proceeded to park their cars on the roundabout outside the building, bringing traffic to a standstill.

Some of the drivers got out of their vehicles and approached the building.

The reason the rioters chose the particular media group was not immediately clear. Some of the protesters were shouting slogans against the Sigma channel.

Police officers, including the riot squad, were dispatched to the scene. Some of the protesters had come from other towns, police said.

Record number of journalists imprisoned in 2020