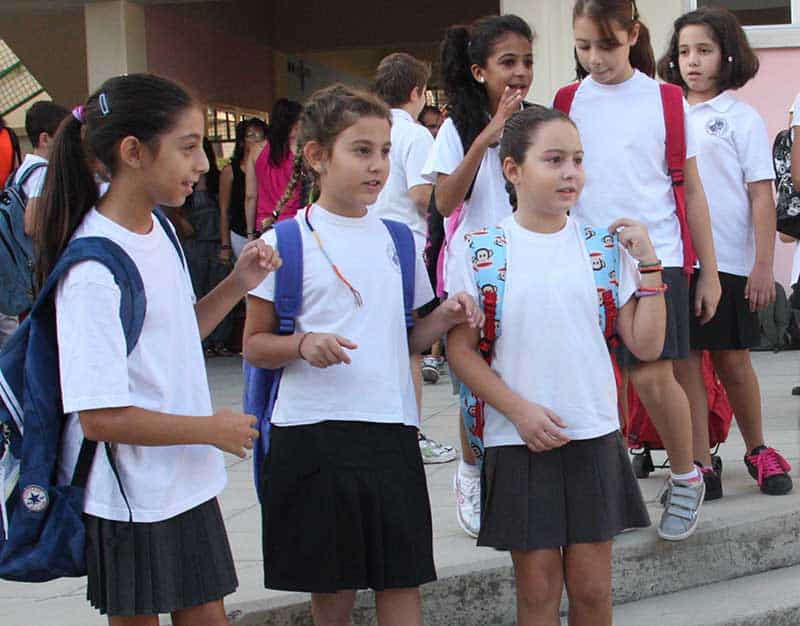 Raising the age children start school aims to boost results, but is there more that should be done?

BY increasing the school starting age the ministry of education hopes that younger children, especially boys, will be able to settle into school better and a corresponding improvement in later schooling will be seen. But is this just the tip of the iceberg when the island continually scores so badly in international tests?

As of the 2020-2021 school year children entering first grade must be five years and 10 months, two months older than the current age threshold. The following school year first graders must be six before September 1.

The move is based on a number of international studies that show countries where children start school at a later age continually do well, but of course this is not the only factor that varies in education patterns. Committees from the education ministry have looked at research including the Trends in International Mathematics and Science study (Timss) and The Programme for International Student Assessment (Pisa), a worldwide study by the Organisation for Economic Co-operation and Development (OECD), which Cypriot students take part in.

“Timss results show that on average the younger the children were the worse their scores were,” head of the ministry’s primary school department Christos Hadjiathanasiou said. “Also, the accrediting body of the ministry studies which children are most at risk of having to repeat the last year of gymnasium, and they are mostly the younger ones, especially boys.”

Pisa results, he added, confirm the importance of age. Countries like Finland and Hong Kong which show good results are those where pupils start later.

The switch to an older school starting age should have been made a long time ago, Hadjiathanasiou said.

Research overwhelmingly supports a later start in formal education when groups within the same country are compared.

Studies have compared groups of children in New Zealand who started formal literacy lessons at ages five and seven. Their results show that the early introduction of formal learning approaches to literacy do not improve children’s’ reading development, and may even be damaging. By the age of 11 there was no difference in reading ability between the two groups, but the children who started at five developed less positive attitudes to reading and showed poorer text comprehension than those who started later.

Apart from better academic achievement, Sweden and Finland also have a high index of child well-being, but is this because of the later start? Bulgaria is in the same group of countries who send their young ones to school from the age of seven, yet according to the 2015 Pisa report which was so damning for Cyprus – saying some 32.8 per cent of 15-year-old Cypriots had poor skills in reading – Cyprus was still ‘only’ the third worst in the EU – after Bulgaria and Romania.

A total of 42 per cent of Cypriot pupils also had problems with Maths, ranking it second worst in the EU – after Bulgaria.

Finland has consistently ranked high in the Pisa study, which compares national educational systems internationally. In the 2012 study, Finland ranked sixth in reading, twelfth in maths and fifth in science, while back in the 2003 study Finland was first in both science and reading and second in maths. Finland’s tertiary education has moreover been ranked first by the World Economic Forum.

Yes, in Finland and some other countries, formal academic education doesn’t start until children are deemed to be mentally and physically ready for the challenge, but students in Finland have had access to high-quality preschool, which likely affects their performance in school.

The idea is that before seven children learn best through play and motivation, so by the time they finally get to school they are keen to start learning.

The Finnish Ministry of Education attributes its success to “the education system (uniform basic education for the whole age group), highly competent teachers, and the autonomy given to schools.”

In Cyprus, at least in theory, the idea is also that pre-school age children learn best through play and according to Hadjiathanasiou in the compulsory pre-primary year they pick up some reading, writing and maths in a playful way.

Is the age change then going to improve the dismal Pisa ratings? Yes, says the ministry.

“This will help them to more effectively follow the curriculum, which will be enriched to give children new learning experiences. This change is also one of the preventive measures that can be adopted so that the rates of students with a high probability of remaining linguistically and mathematically illiterate are reduced,” the education ministry said.

There is more to it than that, the Bulgarian example shows and academics believe.

“Changing two months or even four is not going to make them automatically more mature in learning language and mathematics,” associate professor at University of Cyprus department of education Eleni Loizou who teaches early childhood teachers said.

“We need to look into the transition from pre-primary school to primary school. Before primary children are involved in a more playful way of learning, and suddenly they are confronted with formal teaching and books and are asked to satisfy the expectations of all, the teachers, the curriculum, the ministry…”

This suggests the motivation which makes Finnish kids so eager to start school may not be so widespread in Cyprus.

By the time pupils get to the age of 15 – the age at which they take part in Pisa assessments – many other things have influenced the results, such as tests, teachers’ methods, textbooks and the ability of teachers to gauge what is interesting and appropriate at every age. Research such as the Pisa study may not even be what we should look at.

“We need to think of the children’s past and present and not always focus on their future. We should focus on children’s socio-emotional skills along with their academic skills – Pisa outcomes cannot measure children’s happiness and life success,” Loizou added.

“It’s not a matter of age but a matter of what we want the children to learn during their early years and first grades of elementary school,” Loizou said. “We are not seeing what is appropriate. We need to have children be active in their learning and we need to be willing and flexible to change our practices and policies to support them.

“Research suggests that schools should change to welcome children and not the opposite. We should invest in children’s capabilities and potential to support them in the skills they have not yet developed.”

In short, just like Finland and other successful countries have done, we need to look at much more than changing the school starting age.

The future will show if the ministry is up to making the necessary improvements.

“We will have committees which evaluate the changes recently made in the curriculum and then see what else needs to be done,” Hadjiathanasiou concluded.

Trump accuses FBI of ‘spending too much time’ on Russia probe