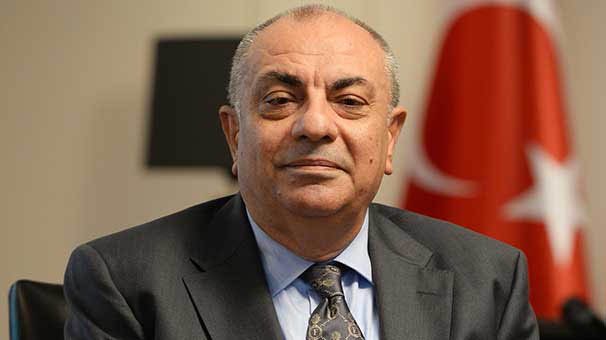 Turkey’s Deputy Prime Minister Tugrul Turkesh had no difficulty infuriating the Greek Cypriot public with his latest statements on the four freedoms for Turkish nationals in a re-united Cyprus. However, none of the issues he raised are new in the Cyprus peace talks or unresolvable.

The fifth version of the Annan plan followed the approach of restricting the right of residency for both Greek and Turkish citizens. For the former, it stipulated “a transitional period of 19 years or until Turkey’s accession to the European Union, whichever is earlier, Cyprus may limit the right of Greek nationals to reside in Cyprus if their number has reached 5 per cent of the number of resident Cypriot citizens holding Greek Cypriot internal constituent state citizenship status”. In other words, it incorporated the second Turkesh proposition but in a manner that would not practically affect Greek citizen rights. It nonetheless inspired an even-handed approach to the rights of the citizens of Greece and Turkey while securing very important and permanent guarantees for the demographic balance between the two Cypriot communities.

So far, these restrictions focused on Greek and Turkish nationals. It is important to note that there are possibly as many ‘ethnic’ Turks or Turkish speakers holding various European citizenships currently as Greeks in Greece (with the former not necessarily under any restrictions given current positions in the negotiations).

Other aspects of the four freedoms, if properly negotiated might actually strengthen future cooperation with Turkey and could benefit the entire island. On the most difficult issue of residency rights, it is likely that there will be ‘Turkish citizen quotas’ to cover for instance academic staff in universities and other high-skilled professionals contributing massively to the economy. Visa liberalisation for Turkish citizens or making those available through an efficient e-visa system could be decided independently by Cyprus as we are not part of Schengen and in need of fewer restrictions for international travellers as a tourist, commercial, and university hub. Finally, including Turkish investors into the current investment/residency schemes might be possible and highlighted further (there has been a case already reported in the media as those schemes cannot be discriminatory).

Yet it is also important to consider how quotas and some monitoring system could be also useful in ways that one might not be able to predict currently. Assuming that the Turkish deputy prime minister’s position for no restrictions is adopted there will be no guarantees that opposition groups from Turkey would not attempt to massively migrate to Cyprus. In our recent publication of related situations around the world, Oded Halkai and I concluded that often the ‘wrong people’ tend to take advantage of these opportunities (see case of Moroccan settlers in Western Sahara while in Cyprus viable Kurdish communities are present on both sides of the Green Line including the Karpasia peninsula).

On the issue of diasporas, Turkesh is likely wrong with the numbers but admittedly it is also hard to know exact diaspora figures. Nonetheless, the issue of the Turkish and Greek Cypriot diaspora is not a difficult one and could be addressed in various ways. To begin with, the settlement can specify both citizenship rights and the right of return to Cyprus for all diaspora members. Both communities abroad could bring skills and resources necessary for post-conflict reconstruction in Cyprus, making them a highly desirable group of returnees.

The major fear of Greek Cypriots, of course, is not about diaspora return but uncontrolled migration from Turkey. But there could be multiple layers of protection (at least five) on this issue through initial quotas on residency rights, mutual consent from both communities as to permanent residency status, and slower adoption of citizenship rights. Even with the adoption of citizenship rights many liberal democracies have now included forms of asymmetrical citizenship distinguishing between native born citizens and naturalised ones. Finally, an earlier proposal aiming to address demographic insecurities went further to link future demographic gains in one community with self-readjustable incentives on third issues to the other community therefore keeping the overall balance of the settlement stable.

These are hypothetical demographic scenarios as it is unlikely for tens of thousands of immigrants or diaspora members to choose Cyprus. Yet to address respective fears, an arbitration committee could even divert resources and design public policy initiatives to help maintain demographic balances. Helping to repatriate Turkish Cypriots abroad could also help ease some of the Turkish Cypriot concerns about Greek Cypriot returnees to their constituent state while maintaining the Cypriot character of the island and the Turkish Cypriot community.

In addition, special provisions could be made for Cypriots opting not to return to the island aiming to strengthen the island’s ties with its diaspora. Designated voting rights for diaspora members abroad could include participation in some elections such as the presidency (if the office is designed to have fewer powers as we argued elsewhere as currently debated in the Republic of Ireland) or holding designated seats in parliament pre-reserved for the diaspora as in Italy, France and Portugal.

While the intentions of the diaspora cannot be estimated with any degree of certainty, there are several reasons to take diaspora members into account. For one thing, there is a sizeable Turkish Cypriot diaspora particularly in London with close links to Cyprus and desire to regain Cyprus citizenship post-Brexit and even before this as they retire. For another, many Turkish Cypriots abroad (as well as Greek Cypriot refugees) would receive restitution or compensation for their properties following the settlement.

In general, it is to be expected that both Greek Cypriots refugees (some also abroad) and Turkish Cypriot diaspora members will decide on return on the basis of how peaceful and prosperous the future united Cyprus is likely to become, and that, therefore, their respective numbers will correlate. Together, they could bring skills, resources, and more prosperity to Cyprus to support a cycle of reconstruction and peaceful co-existence.

Neophytos Loizides is a professor at the University of Kent and author of Designing Peace: Cyprus and Institutional Innovations in Divided Societies and Settlers in Contested Lands: Territorial Disputes and Ethnic Conflicts (co-edited with Oded Haklai)

Iran in the middle of US Russia sea change

The era of the compliance officer