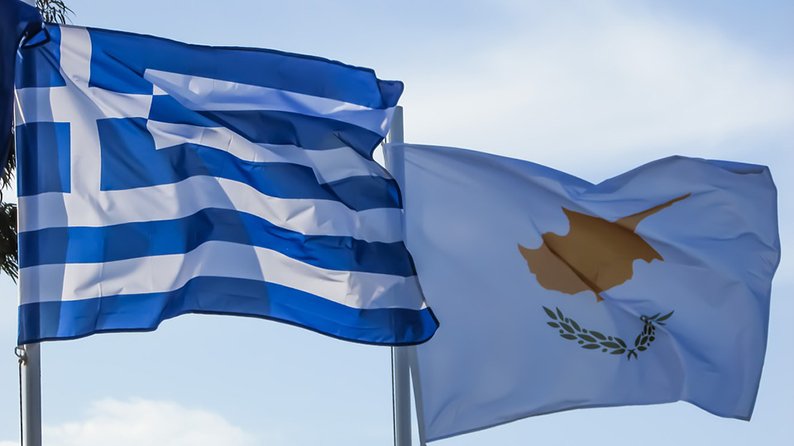 A MISTAKE committed by many Greek Cypriots and Turkish Cypriots is that they identify the word “union” with the annexation of Cyprus by the respective “motherlands”.

The responsibility for this misinterpretation of the word lies with the leaders of each community, who have casually ignored the obstacles that render the political union with Greece (or Turkey) unfeasible.  They have also intentionally appeared to ignore the serious objective drawbacks that such a course of action would entail.

Instead, the Greek Cypriots chose to pursue the goal of annexing the whole of Cyprus to Greece while the Turkish-Cypriots aimed at the partition of Cyprus into two segments, which would then enable them to seek the annexation of the Turkish part to Turkey.

The implementation of the Greek plan was initially frustrated by Britain, which, at that stage, was desperately trying to keep the crumbling British Empire going and, in particular, to retain its diminishing influence over the sensitive region of the Middle East.

Then entered Turkey, which, assisted by the British, realised that the Turkish ethnicity of an admittedly small minority of Cypriots could be used as a bridgehead for seeking and securing some form of domination over Cyprus.

The political immaturity of Greek Cypriots led them into actions – starting with an appeal before the United Nations in 1954 – that were not conducive to the attainment of the goal of the political union with Greece; instead, they undermined its attainment.

The persistent objections of the then Greek government against this course of action were ignored by the leaders of the Greek Cypriot community, who demanded the political union with Greece “here and now”, inducing the vast majority of Greek Cypriots to adopt their stand.

Regrettably, from 1955 onwards, the leaders of the two communities tried to impose their positions on each other.  They never tried to reach a common understanding of the problems confronting them or to attain an adequate level of cooperation.

Of course, one could argue that the Zurich-London Treaties were, in fact, intended to provide the basis for such an understanding and cooperation. However, both sides saw the Zurich-London Treaties and the Republic of Cyprus, which was born as a result of the Treaties, as an interim, transitional stage towards the attainment of their respective objectives and as a way of avoiding other undesirable, irreversible arrangements.

This is a plausible explanation of the haste with which Archbishop Makarios (who, in the meantime, had become the first president of the Republic of Cyprus) tried to amend them, within two years of their ratification. This attempt not only failed but, in fact, led to the further polarisation of the positions of the two sides.

The next grave mistake on the part of the Greek Cypriots was committed in 1974 when a stupid military coup was attempted, which provided the perfect excuse for Turkey to seek and secure the physical segregation of Turkish-Cypriots and Greek-Cypriots and to place northern Cyprus under its absolute control.

In modern Cypriot history, this reality has led to deadlock situations. I dare to suggest that this serious problem could have been overcome by making a distinction between a desirable cultural affinity between the Cypriots and their respective “motherlands” and an undesirable political union or annexation.

Eleftherios Venizelos aptly said that “being a Greek is not an issue of origin, but a matter of culture”.  It is a well-known fact that many eminent Greeks have never held the Greek citizenship. Many prominent Turks are in a similar position. It follows that there is nothing to stop Greek Cypriots and Turkish Cypriots from embracing the Greek and the Turkish civilisations and cultural values, without the annexation of Cyprus to their respective “homelands”, i.e. without acquiring the Greek and the Turkish citizenships. There is no doubt that Greek values and the Greek cultural heritage enjoy international recognition and respect. The Turkish cultural heritage is also highly valued and respected.

Therefore, let us afford Cyprus, a small island lying in the eastern part of the Mediterranean, a real opportunity to draw from these two cultural heritages their best elements while rejecting any negative elements they may have.  After all, this is the creative and constructive process, which has allowed humanity to excel. This is the essence of the European Union. Let’s not be afraid of the concept of “union”, as long as the goal is confined to the cultural mixing, as opposed to the political annexation.  The latter would generate absolutely no benefit for either the Greek Cypriots or the Turkish Cypriots and is certain to cause suffering to both.

Christos Panayiotides is a regular columnist of the Cyprus Mail.

Has the time come for a Universal Basic Income?