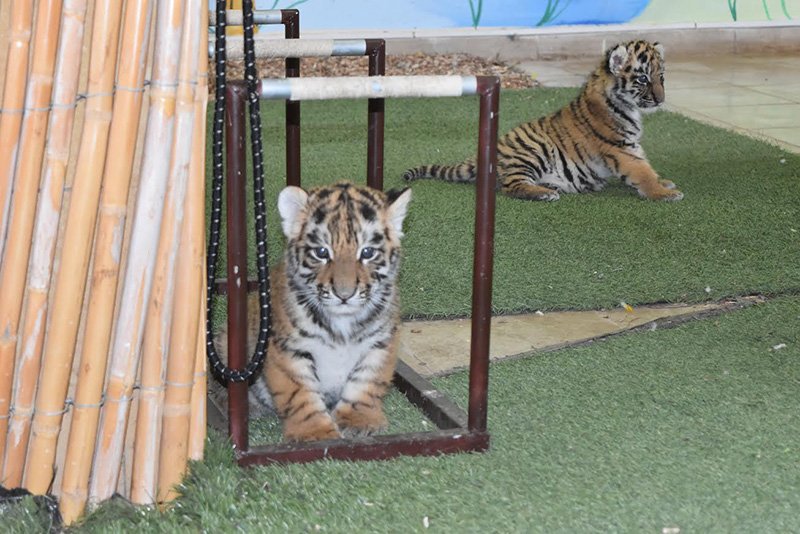 The new Humboldt Penguin is two months old and healthy, although its sex is not yet know.

“We don’t know the sex yet, it has to be fully developed and change its feathers first, and then we will take a test to know, as it’s not very easy to tell with penguins. When they are fully mature, they have physical differences, subtle but they are there,” said Pittas.

He said that the young penguin is at a vulnerable stage and quite timid, when it sheds its feathers in a months’ time, it will begin to swim, he said.

“At the moment it is remaining on its nest. The parents are fed with fish twice a day and regurgitate the food to feed the youngster.”

Both parents play an active role in this and share the duties. 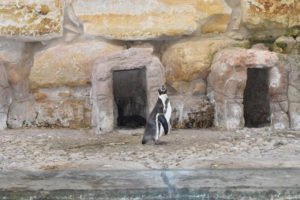 The penguin is named after the cold water current it swims in, which is named after Alexander von Humboldt, an explorer. The species is listed as vulnerable by the IUCN.

Humboldt penguins are declining in numbers due to habitat destruction, over-fishing, climate change, ocean acidification and also by invasive species. The current population is estimated at between 3,300 and 12,000.

In addition to the new penguin, Siberian tigers, Bonnie and Clyde have produced their third litter; three tiger cubs, two females and a male. They are now five weeks old.

One cub, Lily, was underdeveloped when she was born and rejected by her mother.  Zoo staff had to step in to ensure her survival.

“Her mother left her outside, and we have been hand rearing Lily since. She is fine, just a bit smaller than usual,” he said.

The cub’s brother and sister, Hercules and Athena also experienced some problems, as the father began to show signs of aggression and had to be removed from their parents enclosure for their safety and health, he said. 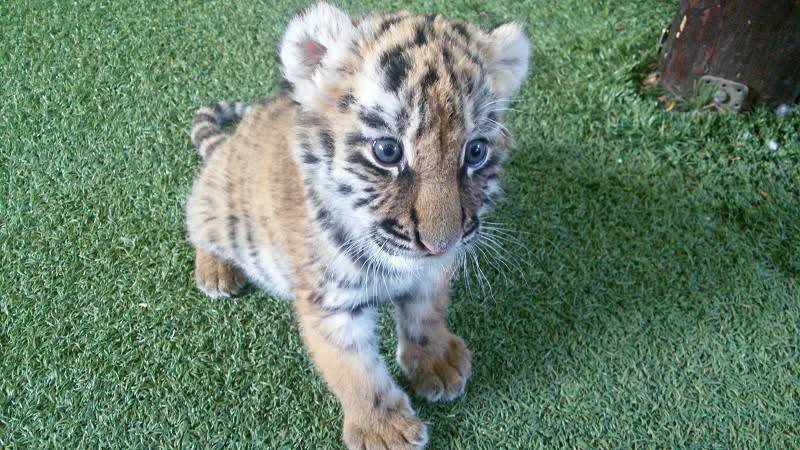 “Four staff are taking it in turns to feed them, they are under 24 hour observation. They are being fed every two to three hours and they are just getting their first teeth and starting to chew on raw meet.”

They are being introduced to meat with mince, as it’s easy for them to eat. “All three doing well, and today is the first time the three of them come together since they were born,” he said.

They all reacted well with each other and played happily.

The Siberian tiger also called Amur tiger are a protected species. They can weigh over 300kg and live mostly in the mountain region in Russia.

Intense poaching and habitat loss are seriously threatening the survival of Siberian tigers in the wild.

Another welcome birth is that of a female dromedary camel, she is being hand reared by her keeper, as the male was trying to bite her. She will soon join her brother in his enclosure, born at the Zoo last year. 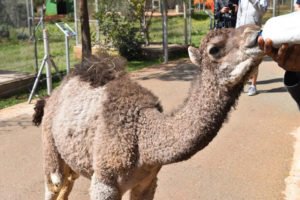 There are around one thousand five hundred birds and animals, around 900 are birds 180 reptiles and the rest are mammals, said Pittas.

Spring is coming and will be a busy time for the zoo as kangaroos, wallabies, gazelles and birds will all be producing young, he added.

The Zoo, which is licensed from the veterinary department of the government, covers 100,000 square meters and opened in September 2003.

Zoo owners Christos Christoforou said that previous problems with bureaucracy and planning permits pertaining to the Zoo are currently being sorted out.

“We are also an institution now, which means we do research, breeding endangered species and we also keep detailed records. We are very happy to welcome these new young. I like to see the animals breeding and I don’t like to see any of them on their own,” he said.