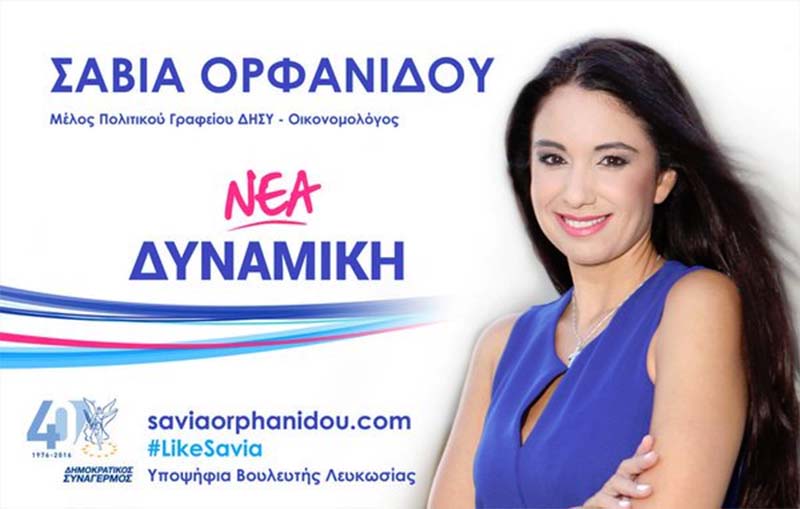 The war of words over the secondment of a finance ministry employee to the European Investment Bank (EIB) rose a notch on Tuesday when an audit office report accused the ministry of putting the interest of the employee ahead of the public good.

Finance Minister Harris Georgiades responded that the report was full of “unsubstantiated and offensive arguments and unacceptable insinuations”.

The audit office report came after a probe into the circumstances under which finance ministry employee Savia Orphanidou came to be seconded to the EIB offices in Luxembourg.

A draft report of the case, leaked to the press on Tuesday, slammed Georgiades for the handling of the case, and for his “unacceptable reference” in an earlier letter to the audit office that only the EIB could answer as to the procedure for hiring Orphanidou “as if the finance ministry had no involvement”.

Orphanidou was seconded on March 1 to the EIB’s offices in Luxembourg for two years. According to the agreement, Orphanidou will remain on the payroll of the ministry and will continue to receive her salary and related staff benefits, while she will also receive a special allowance at the level of €50,000 per year which will be contributed by EIB.

The report argues that the fact no announcement was made about the posting so that other civil servants could express interest, was not in line with the general principles of administrative law and was in violation of a cabinet decision that stipulates that available job posts should be announced by the Public Service Commission (PSC).

According to the report, the finance ministry informed the audit office that the secondment of a Cypriot official to the EIB had been a standing need but that an announcement to staff was never issued. The ministry was instead asking individuals if anyone was interested but no one had stepped up.

In the case of Orphanidou, the report said, she had been dealing with issues concerning the EIB while working at the ministry, and she had expressed interest in the post. The ministry informed the EIB and consultations began as to employment terms.

Georgiades, the report said, had referred the audit office to the procedures followed by other EU institutions as regards the secondment of national experts.

“Our service however, does not agree with the finance minister. The process of selection of national experts is carried out by the EU institutions but is open and transparent and the terms of employment are defined in advance. In this instance that was not the case,” it said.

It added that similarly misleading was the minister’s statement that he allegedly could not apply an open selection procedure.

“If the very favourable secondment conditions […] were made known, there would be interest from others, perhaps more appropriate and/or more qualified officials of the ministry of finance, and/or other ministries,” it said.

The basic criterion ought to be ensuring public interest, the report said, and not the personal aspirations of any employee.

In response, Georgiades said that Auditor-general Odysseas Michaelides used arguments that were baseless and were aimed at justifying attempts targeting a civil servant.

Commenting on the allegation that no open selection procedure took place, Georgiades said that the law does not provide for such a thing, “nor could it apply in this case since the decision was made after the official herself had expressed interest in the EIB, with the consent, of course, of the finance ministry which considers that, with that posting, its needs are met”.

He added that Orphanidou’s selection was made “not by the finance ministry, but by the EIB with the consent of the ministry”.

The probe was initiated following a report by Akel MP Irini Charalambidou to Michaelides in March. Prior to the report, Charalambidou had called Georgiades in parliament to explain as to how Orphanidou was chosen to be seconded. The MP also raised an issue as to the fact that Orphanidou had not obtained permission from the PSC for being a member of Disy’s political office.

The latter sparked an earlier public disagreement between Georgiades and Michaelides over the interpretation of the 2015 law allowing civil servants on the A8 pay scale and above to take up party posts as long as they obtain permission from the PSC first.

Attorney-General Costas Clerides recently ruled that any civil servant who held any post in any political party from 1991 to 2015 had been in violation of the law, and likewise those civil servants on the A8 pay scale or higher since 2015 holding party posts without permission from the PSC.

Police called in to break up student fight