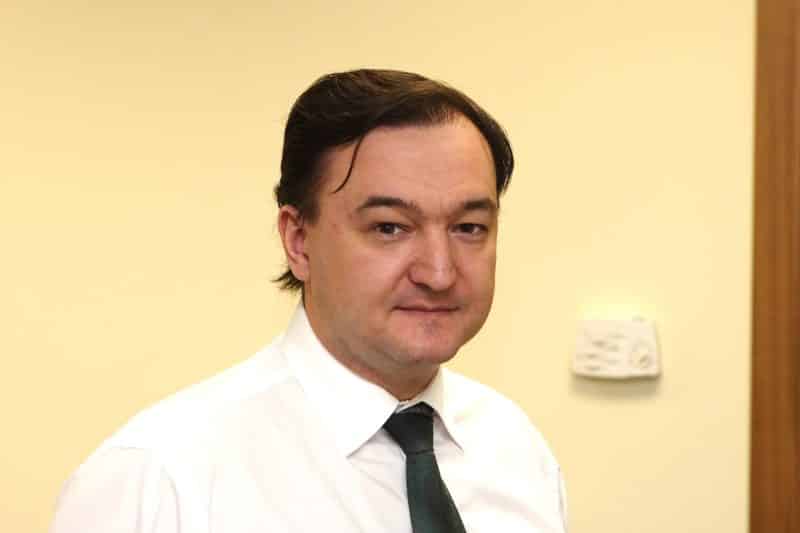 A report drafted by the accounting firm Ernst & Young (EY) on FBME Bank (Cyprus) in 2014 appears to implicate Balec Ventures Inc, a front company linked to Syria’s weapons of mass destruction programme, to a prominent tax fraud case in Russia, known as the Magnitsky case.

Quartell Trading Ltd, a company registered in the British Virgin Islands (BVI), and Nomirex Trading Ltd, registered in the UK, “were involved as intermediary offshore companies for the movement of funds as a result of a 5.4-billion ruble (USD 230 million) Russian tax fraud,” involving Balec, EY said in a 2014 report.

The report was commissioned by Hogan Lovells US LLP law firm on behalf of FBME, the Tanzanian lender barred by US authorities from transacting in dollars after it was described in a report of the Financial Crime Enforcement Network (FinCEN), a division of the US Department of Treasury, as a financial institution “of primary money laundering concern” in July 2014.

“The funds from this false return were then transferred to various offshore entities, including Quartell and Nomirex,” the EY report said.

The report was shared with FBME, the US Financial Crime Enforcement Network, the Bank of Tanzania, supervisor of the parent company of FBME’s Cyprus branch, the Central Bank of Cyprus, the US Department of Justice, the European Commission, the European Central Bank (ECB) and the International Monetary Fund (IMF). The last three bodies were overseeing Cyprus’s bailout programme at the time, which included provisions for tougher measures against money laundering.

As a result of the stricter anti-money laundering rules put in place, Cyprus scored best among a list of 12 analysed countries -including the US, UK, Germany and Australia- in a February 2017 report prepared by the anti-corruption watchdog Transparency International.

The 2014 FinCEN report prompted the Central Bank of Cyprus to place the FBME Cyprus branch under administration and subsequently resolution. In 2015, the CBC fined FBME €1.2m for failing to adhere to the provisions of anti-money laundering legislation and revoked its licence.

FBME suffered a defeat when it challenged FinCEN’s findings and decision to impose the fifth measure under the US Patriot Act, shutting it out from the US financial system. In May, this prompted Bank of Tanzania to liquidate the bank.

According to the Organised Crime and Corruption Reporting Project (OCCRP), an anti-corruption news website, the Russian lawyer Sergei Magnitsky -who at the time worked for Hermitage Capital Management, then the largest foreign investor in Russia, and who had uncovered the fraud in 2007- was arrested “by the same police officers” he accused of a cover-up. He died in December 2009 in prison of mistreatment and inadequate medical care.

EY said that it identified Quartell as the remitter associated with four transactions to Balec Ventures, a BVI company which served as a front company for Syria’s Scientific Studies Research Centre (SSRC), a Damascus-based organisation in charge of developing, inter alia, chemical weapons for the regime of Syria’s totalitarian ruler Bashar Al Assad. Nomirex was also identified as a remitter to Balec.

According to the EY report, Balec and five other shell companies shared the same BVI address with Tredwell Marketing Ltd, with which it also transacted, something that should have raised red flags.

It also emerged from the report that the Central Bank of Cyprus appeared to have suspected a link between Tredwell and Assad’s SSRC by August 2014.

The US and other western countries blamed Assad, an ally of Russia’s President Vladimir Putin, for the August 2013 attacks with chemical weapons in Ghouta, an area east of Damascus, in which hundreds of civilians lost their lives. The Russian government disputed that Assad, involved for more than six years in a civil war that killed hundreds of thousands and displaced millions, was responsible for the attack.

In October 2014, the US Department of Treasury placed Balec’s ultimate beneficial owner (UBO) Issa Al-Zeydi together with Ioannis Ioannou, and two Cyprus-based companies, Piruseti Enterprises Ltd and Frumineti Investments Ltd, in the list of specially designated nationals of the US Department of Treasury, citing support, including “financial, material, or technological” to the Assad regime on behalf of which they acted. Piruseti and Frumineti were not FBME customers.

“The negative news identified for the counterparties transacting with Balec was only available as early as 2011 and would not have been available for FBME to document at the time of the transaction activity with Balec occurred,” EY said.

According to the EY report, “Nomirex was incorporated by Meridian Companies House Ltd, whose director is Erez Mahara”.

“From 2007 to 2009, Nomirex filed annual reports with UK regulatory authorities indicating that it had a balance of zero,” EY said, citing media reports, adding that its director was a Cypriot national by the name of Lana Zamba.

Neither Zamba nor Mahara were FBME customers, EY added.

UK.businessinsider.com reported on May 23 that another Russian–owned company registered in Cyprus, Prevezon Holdings Ltd, also implicated in the Magnitsky case, reached on May 19 a settlement with the US government. Prevezon agreed to pay three times the amount that flowed to it, the online business portal said.

The news website added that in 2013, former US attorney Preet Bharara, fired by US President Donald Trump in March, said that Prevezon had received a total $1,965,444 of the $230m stolen Hermitage Capital funds.

Russia’s military says may have killed IS leader Baghdadi