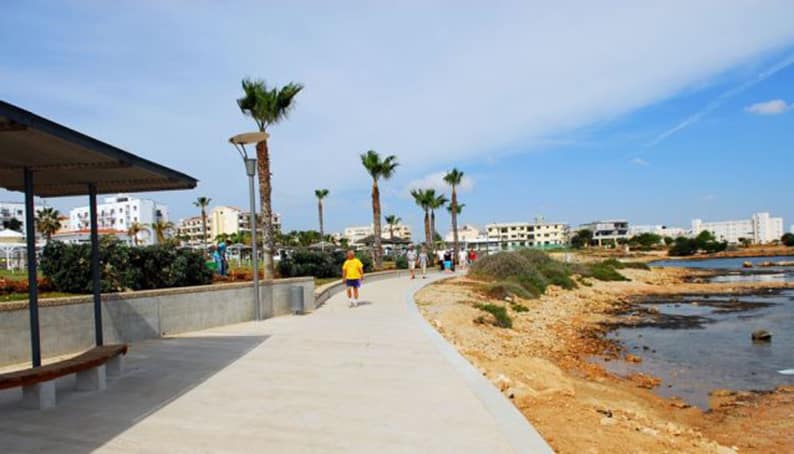 Summer is here and Cypriots are flocking to the beaches for relaxation and adventure. Most will discover new works and even new structures on the beaches that they love. Some will like them, some will hate them and some will look for ways to complain about property owners or the authorities’ interference with the natural environment of our coastline.

In Cyprus local authorities have a habit of doing things without public consultation; we discover what has been done to our coastline only when we turn up for our first swim. The Cyprus Mail and other media have published several letters and commentaries about the destruction or beautification of the coastline, depending on the writer’s views.

The fact that is not appreciated by our authorities is that our coastline is one of our most valuable natural resources, possibly the most important one. It is far more valuable than the gas recently discovered. It is an asset that has been the source of much needed revenue that kept the island afloat over a series of political and economic crises. Yet, incredibly, there is no single authority in charge of its maintenance and upkeep and no single piece of legislation that regulates its development and use.

The present situation is beyond comprehension even to lawyers. The police are either unable or unwilling to take any action to stop illegal parking, rubbish tipping or activities like the lighting of bonfires. In the meantime, the natural environment of the coastline is getting destroyed by overuse and by unregulated, and to some extent illegal, one-off interventions.

The correct development of the coastline is not an easy matter; its use is seasonal and in the summer months it is occupied by a population far bigger than the winter population of the whole island. Policy towards the coastline needs consultation and careful drafting based on modern research about environmental sustainability and enrichment; yet it is completely neglected in national government policy-making. I wonder if any studies by experts on coastline sustainability have ever been commissioned. Most likely not. The present situation allows (even encourages) local politicians to take their own action, which they do as best suits the interests of their local community. But more often than not, local interests diverge and so we find glaring inconsistencies across local authorities and between local authorities and national organisations like the Cyprus Tourist Organisation.

The situation is dire, and unless Parliament takes action soon to change the law and set up a single authority in charge of coastal development, we are heading for the destruction of one of our most valuable resources. In the long term the losers will be our tourist industry and the sections of our population who choose to spend their summer months in Cyprus than escape abroad.

Local politicians often use the coastline as a way of winning votes, by promising action to local residents at the expense of property owners. Property owners are on the whole non-local, most frequently expatriate Cypriots or non-EU citizens (overwhelmingly Russians) taking advantage of the government’s residence and passport policy. The latter policy earned Cyprus valuable revenue in the three years of the MoU and has been instrumental in bringing the island out of the programme. But once a property is purchased, most often at great expense, the new owners find that the environmental upkeep around their property is left to the mercy of local politicians, not to the national authorities that lured them to the island in the first place.

Let me give two examples of how dire the situation is, beginning with the “coastal protection zone”. The law that applies to it might be national, but in practice its use is different depending on ownership. Local authorities cannot touch private land however close it is to the water without a reclamation order, so its preservation is down to the owner. Meanwhile, state land is interfered with at will. If Cabinet grants tenancy rights to a municipality over state land, the municipality can do more with it than it can do with state land that is not leased. If you did in your private land in the coastal protection zone the things that local authorities do to state land you would get into trouble, like a refusal to get your title deeds. Cabinet has no clear policy towards local requests for tenancy; it usually follows advice on a case-by-case basis.

As the law stands now the District Office has some powers over the coastal protection zone but so do the interior ministry and the local municipality. It is not clear where one authority ends and another begins. And then there is the Cyprus Tourist Organisation, the fisheries department, the forestry department, the ports authority, the public works department and so on and so forth, all with some interest in the coastline.

As a second example take the Protaras and Ayia Napa coastline, not because I have any reason to believe that the authorities in those areas are different from those elsewhere, but because being a Nicosia resident those are the areas that I know best.  The works in Konnos bay were done by the Forestry Department, because our English masters in years past had the good sense to plant a few pine trees on the hillside, which grew into a forest. So responsibility for it was passed on to that department. The walkway and tree planting to the west of Konnos were done by the Ayia Napa municipality, which favoured slab paving and palm trees. To the north, when the time comes, works will be done by the Paralimni municipality, which favours a boardwalk with pine-like trees. Further north, the works in the marina near the Golden Coast hotel were done by the Ports Authority because it involved boats. The inconsistencies in development, type of walkways, car parking and vegetation are obvious to anyone venturing a short coastal walk. There are at least six authorities in charge of bits and pieces of the coastline in that area alone, which act without consultation with each other and without expertise on environmental sustainability in vulnerable areas shaped by wind and water over the centuries.

The situation is tragic. As a first step, government should accelerate the construction of the coastal walkways, which I suspect is heavily subsidised by the European Union, to stop arbitrary developments in the areas that do not yet benefit from it. But in the longer term it needs to think what future it wants for the development of our tourist industry and the most valuable resource of our local environment, as the present situation is unsustainable.

After this article was completed the new interior minister announced that one of his priorities is to bring coastline development under a new tourist ministry. May God help him!

Sir Christopher Pissarides is professor of European Studies at the University of Cyprus, Regius Professor of Economics at the London School of Economics. He was awarded the 2010 Nobel Prize in Economics