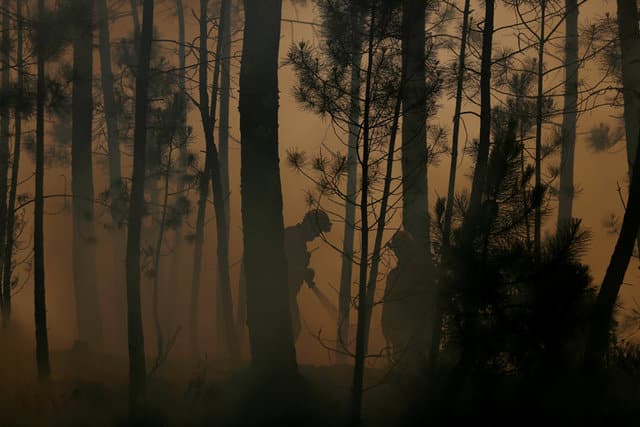 Major forest fires in southern Spain has forced the evacuation of more than 1,500 people from homes, campsites and hotels, a government official said on Sunday.

Like much of Spain, the area near Huelva is on high alert for forest fires because of a heat wave. Last week, 64 people died in a forest fire in neighbouring Portugal.

The blaze was spotted on Saturday night in the Moguer region near Huelva and was being treated as a level 1 – or maximum threat – by emergency services.

Jose Fiscal, environment minister for the Andalusia regional government, said on Sunday the fire was likely to have been caused by arson, Spanish newspaper El País reported.

Emergency services were working to contain the fire but adverse windy conditions made it difficult to predict when the blaze would be brought completely under control.

“We expect changes in the wind that could affect the fire,” Antonio Sanz, government delegate in Andalusia, told reporters.

By 11 a.m. (0900 GMT) on Sunday emergency services had deployed 11 planes, 10 helicopters and dozens of land vehicles against the flames in a joint military-civilian operation.

Around 750 people are being housed temporarily in sports centres, according to the emergency services. Some residents had already been allowed to return to their properties. The fire could threaten the Donaña National Park, an important wildlife reserve home to numerous endangered species including the Iberian lynx and Spanish Imperial Eagle.