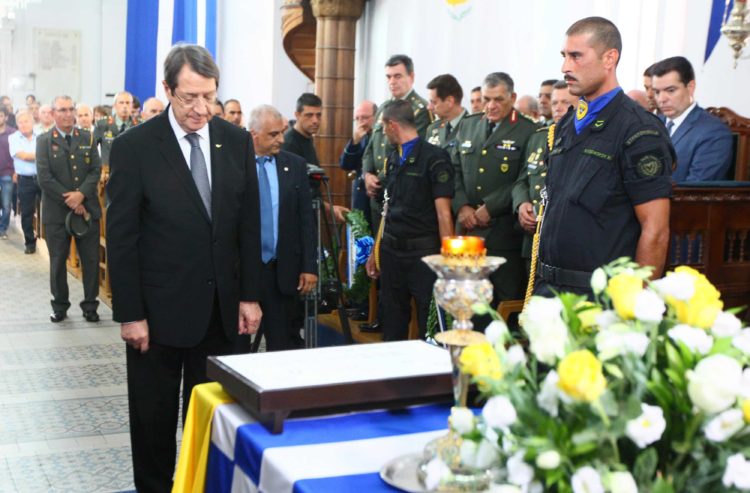 July 20 is a black day for Cyprus and everyone must consider the causes, President Nicos Anastasiades said.

“Without a doubt, the criminal acts against the state before the coup, the treason by Greek junta officers, and … division,” he said after a church service in Nicosia held to mark the 43rd anniversary of the 1974 Turkish invasion.

Forty-three years after, some people were mourning while others were celebrating because using the pretext of guarantor, they invaded and forcefully displaced 167,000 Greek Cypriots, they murdered thousands, left behind missing persons, and desecrated sacred places, he added.

“What I hope for and look forward to, and the political leadership is trying, is for everyone to realise at some point, that to be able to celebrate, the solution we seek and must be found, must respect everybody’s human rights.”

Anastasiades said that was the reason for the Greek Cypriot side’s insistence on ending the guarantee rights, which was vital “if we want to create a truly independent state, a state that won’t serve third parties but its own people.”

He added that the EU and the international community have started to realise that the main cause of the island’s division was the presence of the occupation army, and the guarantee rights.