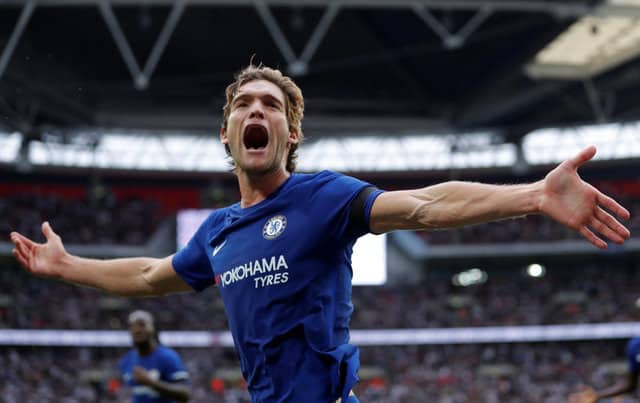 Two goals from Marcos Alonso gave Chelsea a 2-1 victory over Tottenham Hotspur on Sunday in the first-ever Premier League game at Wembley Stadium.

For all the noise and wall of flags that greeted their arrival, Spurs, who are playing at Wembley while their new stadium is constructed, needed an early goal to feel at ease in their surroundings.

It was Chelsea, however, who made the breakthrough against the run of play on 23 minutes when Alonso thumped home a superb free kick from 20 metres after Dele Alli had fouled David Luiz.

The shock jolted Spurs, who spent much of the game peppering Chelsea’s goal with Harry Kane hitting the post and Christian Eriksen also going close.

They eventually scored when Michy Batshuayi put through his own net from Eriksen’s free kick two minutes after coming on but, as Spurs pushed for the winner, Alonso hit back on 88 minutes with a shot that went straight through keeper Hugo Lloris.