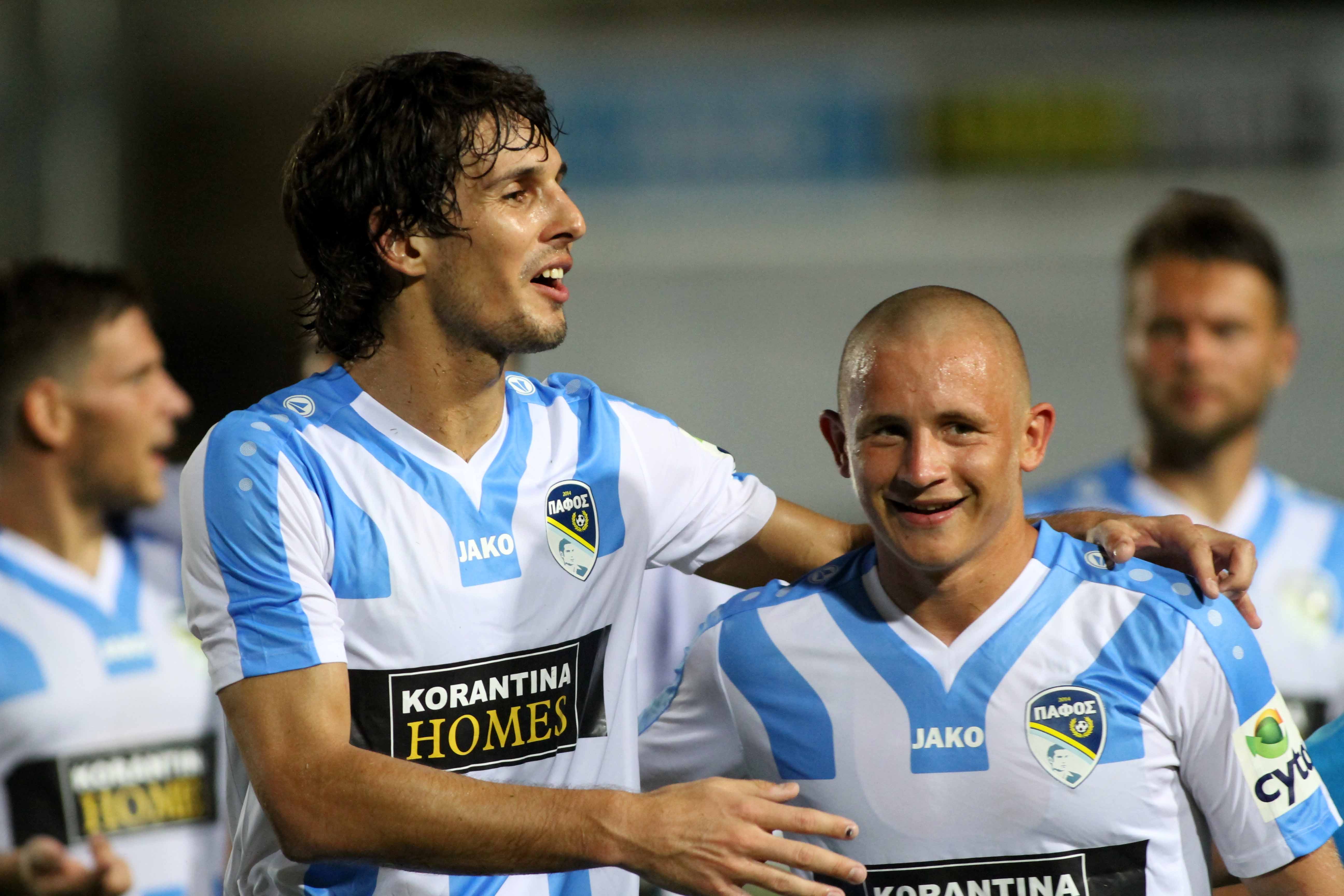 After Apollon were held to a surprise 1-1 draw to Olympiacos last week it was the turn of Omonia to fall victims to perhaps an even bigger upset as they went down 2-1 to Pafos FC. Anorthosis defeated Apoel by 1-0 in a game that was played behind closed doors to stay at the top of the table while AEK moved into second place following a 1-0 win over AEL.

Anorthosis’ Joao Victor scored the only goal of Mondays game against Apoel on the half hour in which both teams missed a penalty in the final few minutes of the game.

The Famagusta team frustrated the champions with a disciplined display limiting them to a few clear cut chances.

In Mondays second game Apollon came back from behind twice to defeat Ermis Aradippou 4-2 scoring twice in added time first through Roberz and then through Zalayia, his second of the game.

Weeks had given the lead for Ermis with Apollon’s Martinez equalizing before half time.

In Pafos Omonia were by far the better side, especially in the first half hour, where their usually trusted frontmen were unable to beat an impressive Pafos FC goalkeeper, Jan Koprivec, who managed a string of outstanding saves to keep a clean sheet in the first half.

The second half begun with the home side gradually growing in confidence and on the hour mark, Kamara prodded the ball past Omonia goalkeeper Panayi with virtually his first touch of the ball, having replaced Zachariou a minute earlier.

Matt Derbyshire managed to equalise for Omonia in the 71st minute but a clumsy challenge by Fabricio on Kovalenko inside the penalty area in the 78th minute allowed the impressive Eric Janza to step up and beat Panayi from the penalty spot and give his team three precious points.

AEK kept the pressure on Anorthosis thanks to a thoroughly convincing yet narrow 1-0 win over AEL.

The only goal of the game came four minutes before the break from a beautifully executed free kick by Jorge Larena.

AEK’s Acoran and Nestoras Mitides were guilty of poor finishing to make the game safe while in the final minutes of the game Arthur Rezende was sent off with a straight red card for a late challenge on Mojsof.

Doxa Katokopias ran riot against Nea Salamina at the Makarion stadium defeating them by 4-1.

Berat Sadik and Benjamin Asamoah gave the home side a comfortable 2-0 lead at half time. Carlos Coceicao added a third on the hour mark while Salamina’s Dimitar Makriev gave his team some hope by reducing the arrears with 20 minutes still on the clock.

However, Doxa hung on comfortably and managed a fourth in the last minute of added time through Kenidy to move into second place, just a point behind leaders AEK.

Olympiacos continued their impressive start to the season as they recorded their first win away to Ethnikos Achnas.

In an evenly contested first half Olympiacos managed to take the lead thanks to a goal by Romeu Torres.

Ethnikos began the second half with a sense of purpose and their efforts were rewarded in the 52nd  minute through Eduardo Pinceli after good build up play by Arturo Kipiani.

Olympiacos bounced back and after Torres missing a great chance to double his tally Helder Castro was on hand to beat Ethnikos’ keeper Bogadinov and gift his team the three points.

Six goals were shared in the final weekend game between Alki and Aris with the visitors salvaging a point in the final minute through Marcos Marangoudakis.

Football teams could be charged for stadium damage caused by fans