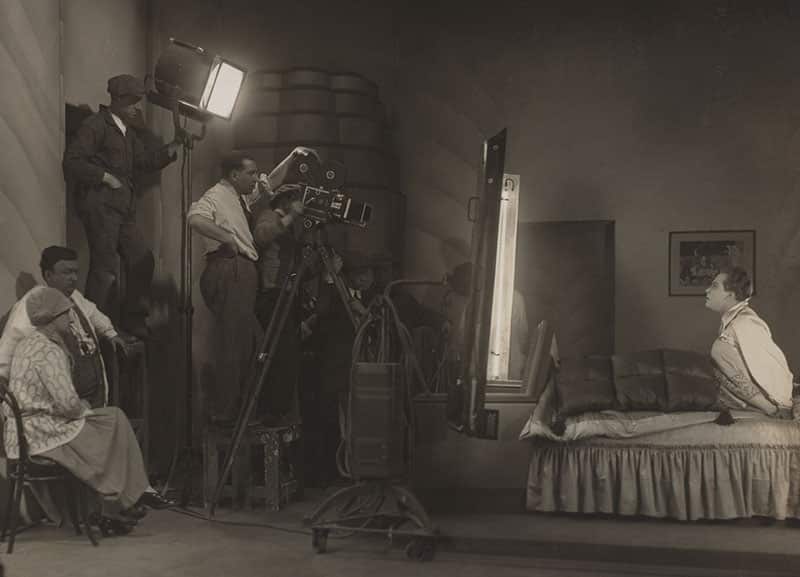 The exhibition, organised by the Evagoras and Kathleen Lanitis Foundation and Goethe Institut Cyprus, will open on Tuesday at Kastelliotissa Hall in Nicosia. It will include film screenings, lectures, important exhibits and audiovisual material from this milestone period in the history of cinema.

This interactive exhibition, which will provide a cinematic journey through German Expressionism, combines and includes exhibits, photographic material, documentaries, short and feature films, lectures and workshops. All these various ways to showcase an artistic moment in time will be housed in a specially designed hall as Kastelliotissa will be transformed, especially for the occasion, into a large cinematic film set which is inspired by German expressionism and will offer a unique experience to its visitors.

But before we get down to the details of what lies ahead, what is German Expressionism? It is an arts movement that emerged in Europe after World War I. It made its first appearance in literature and painting, then had an influence on theatre and architecture and finally cinema, where it reached its heyday at a time when Germany was a country in ruins and devastation. Expressionism as a concept refers to the mode in which an artist seeks to depict a subjective, emotional rather than an objective, realistic world. It is considered to be the first and one of the most important movements in the history of cinema. The stylised films made during the inter-war period in Germany constitute the basis from which the most popular and most commercial cinema genres emerged.

The exhibition will relate the past with the present and place emphasis on the significant influence of the movement to the future development of cinema, television, comics and contemporary pop culture. It will do so by showcasing posters, exhibits, photographs, drawings and notes from the Deutsche Kinematek museum in Berlin alongside interesting and educational audio-visual material, which was created specifically for this exhibition.

The exhibition’s screenings, which will be free of charge, will include the film The Cabinet of Dr Caligari on Tuesday at 8.30pm, Golem on Wednesday at 7.30pm, The Adventures of Prince Achmed on Friday at 8.30pm, Nosferatu on Saturday, Faust on Sunday and The Hands of Orclac on November 16, all at 7.30pm. The last screening will be on November 19 at 7pm, with the silent film Metropolis, which will be combined with a live, electronic music score, performed by musicians Pan and Isel. All films were released between 1920 and 1927.

During the exhibition, acclaimed speakers and film academics will give lectures about the movement, its genesis, its characteristics, and how it influenced world cinema through the years. These speakers will include director Martin Jabs from Germany who will deliver the lecture In Love with the Dark Side on Tuesday at 7pm, in English, and lecturer Dr Niki Louizidi, a professor at the department of fine arts TEPAK, who will deliver a lecture entitled Power and Hypnosis, from the Cabinet of Dr Caligari to the testament of Dr Mabuse on Friday at 7pm, in Greek.

The Shadows, German Expressionism in Cinema and its Legacy
An exhibition to do with cinema. Opens November 7 at 7pm until November 19. Kastelliotissa Hall, Nicosia. Monday-Friday: 9am-1pm and 4pm-9pm, Weekends 11am-10pm. Free. Tel: 22-674608