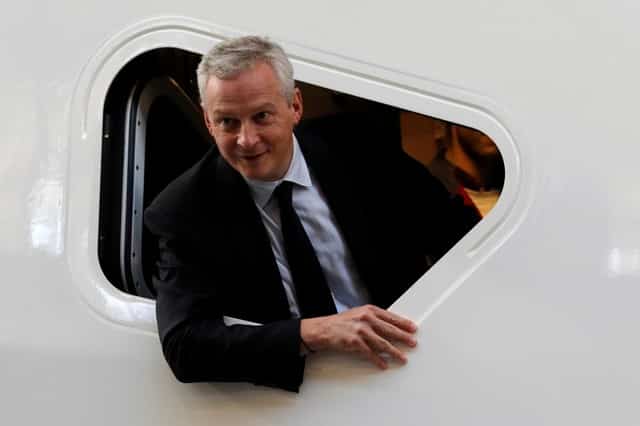 Europe must decide whether it wants to press ahead with closer economic and political integration or return to self-defeating nationalist solutions, France’s finance minister said in Berlin on Wednesday, in a forceful challenge to Germany.

On his first visit since a German election in September, Bruno Le Maire showed no signs of reining in the ambitious European vision spelled out by President Emmanuel Macron in a speech in Paris days after the German vote.

The election forced Chancellor Angela Merkel into difficult coalition negotiations, including with the liberal Free Democrats (FDP) which rejects Macron’s call for a leap forward in the integration of Europe’s 19-member single currency bloc.

“We have a historic responsibility to overcome our differences and to reach an agreement,” LeMaire said, likening the current situation in the eurozone to being in the middle of a strong-flowing river where the currents were most dangerous.

“We can return to the shore of the nations, alone, isolated, and say it’s too difficult to move forward,” he said. “Or we can say ‘now is the time’ and acknowledge we have a historic opportunity to take a further step towards the integration of the euro zone, to reach the other shore.”

The status quo, Le Maire said, was not an option.

After his speech, Le Maire was due to meet with FDP leader Christian Lindner, as well as German Finance Minister Peter Altmaier and the co-leader of the German Greens, Cem Ozdemir, who is also taking part in the German coalition talks.

Le Maire said he had read all of Lindner’s recent interviews, in which he has spelled out a vision that is partly at odds with that of Macron.

The French minister was travelling with Macron’s Europe adviser Clement Beaune, who has been at the heart of Elysee efforts to forge a European compromise with Berlin after years of economic and financial crisis and Britain’s vote to leave EU.

Le Maire said he would press for the creation of Franco-German working groups that would work on a “weekly or even daily basis” to forge compromises on a range of European issues.

Describing the EU as the top economic power in the world, he urged the bloc to unite in pushing back against powers like China and the United States that he said were determined to shape the world according to their national interests.

German politicians have been sceptical of Macron’s “l’Europe qui protege” (Europe that protects) pledge, fearful of a return to old-fashioned French protectionism.

In a nod to those doubts, Le Maire said: “We are not protectionists”.

But he said Europe should no longer be “naive” in the face of economic challenges from abroad, accusing the Chinese of killing off the European solar panel industry and the Americans of using extra-territorial sanctions to shape global trade rules in their favour.

“Europe needs to stop being scared of its own shadow,” Le Maire said. “Divided we are nothing. Together we are everything.”

Murray targets return in Brisbane ahead of Australian Open

Residential building permits up 43%, as homes get larger, costlier