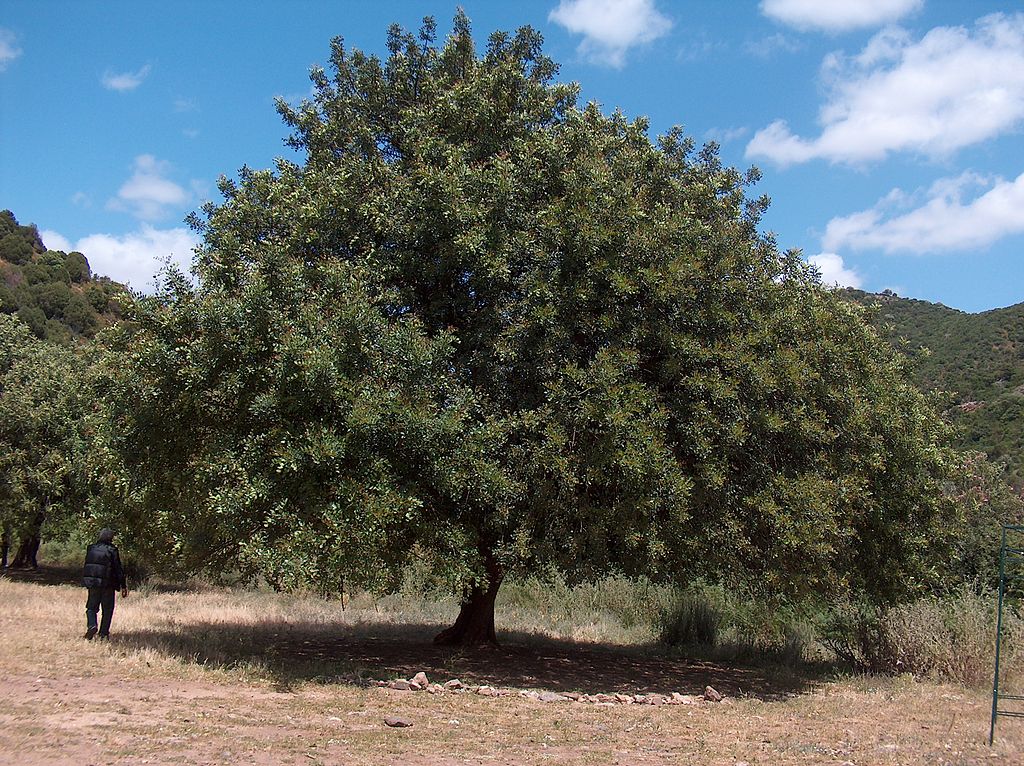 Black gold was the name Cypriots of the past gave carob trees because their versatile, valuable pods were such an important source of revenue.

At one time, there were reportedly more than two million carob trees in Cyprus, and in the 1900s, their pods were among Cyprus’ main exports, used as livestock feed, in sweets and medicines and even as an aphrodisiac.

An indication of its importance in former times is that the term ‘carat’, the unit to measure diamonds and other precious metals, is derived from the Greek word kerátiοn. An ancient practice was to weigh gold and other metals against carob tree seeds in the Middle East.

So it’s no surprise that black gold is the name the University of Cyprus and the agricultural research institute have given to their joint project to plant 40,000 carob trees whose produce they hope will rekindle commercial interest in a plant that has many nutritional and medicinal qualities.

The first batch of 6,000 trees are being planted this weekend on land in Orites, Paphos leased by the forestry department.

The seedlings are only a small part of the 40,000 which are currently in the nursery of the agricultural institute, as so far there is far from enough land available to plant all of them.

“The university’s rector this week had a meeting with President Anastasiades on the possibility of finding new areas,” said Marinos Marcou who is in charge of the project at the agricultural research institute. “We need 200 hectares and currently we have only one-sixth of that.” The idea is to find land all over Cyprus, not just in one area.

The seedlings are at the moment about one metre high, and they will be grafted next year.

Asked if there are contracts for the many products which the university plans to make from the ‘black gold’, Marcou said there have as yet been only some agreements.

“The trees, after they are planted, have four years before they grow enough to enter productive life, and during this time we will see how to best use them for human and animal consumption,” he said.

In cooperation with a wine-making company and the state lab, three new drinks are being prepared. One is a liqueur, another a new distillate and the third an improved version of the first drink produced a year ago, ceratonia, which is similar to zivania. All three should be on the market before Easter 2018.

A first tasting test has already been completed with very positive results.

But the plans are not just alcoholic. The university is currently negotiating with local and international companies to produce new innovative carob products. Pharmaceutical companies have been approached to exploit the medicinal benefits.

A support group of carob experts help the team and are preparing a guide on how to grow the trees which can be followed by all those who want to cooperate with the university in future.

The university has decided that it is economically viable to plant so many trees because research has discovered or rather rediscovered the enormous number of ways in which this versatile plant can be used.

In food and beverages, carobs are nowadays utilised as a flavouring agent and as a chocolate and sugar substitute. Carob flour and extracts are also used as ingredients in food products.

The seeds are low in fat but high in calcium. They contain three times as much calcium as milk and are also rich in iron, natural fibre and phosphorus.

However, the tree’s many beneficial properties and potential uses have lately been largely forgotten and it has become a neglected and underutilised crop which is what the university plans to change.

The carob tree planting will also benefit the environment, as it aids reforestation with trees which are known to be resistant to fire. The trees develop strong roots which penetrate deeply, which accounts for their ability to grow under semi-arid conditions.

The tree planting takes place on Sunday starting at 11am in Orites, Paphos and is open to the public.