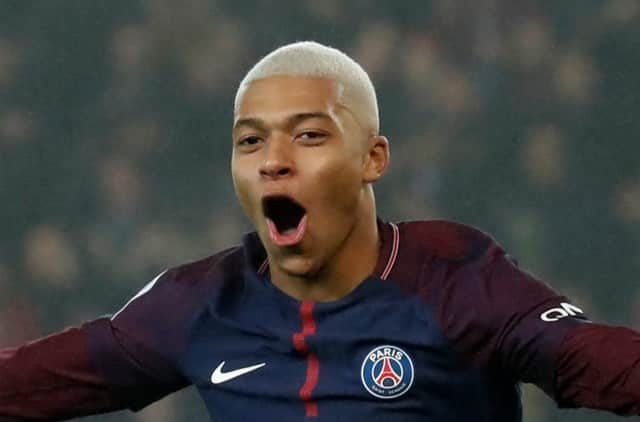 Manchester United great Ryan Giggs said he advised the club to sign forwards Kylian Mbappe and Gabriel Jesus years ago when they were worth just £5 million.

The former Wales international, who made a record 963 appearances in a trophy-laden career at United, retired in 2014 to become assistant manager to Louis Van Gaal, who managed the club from 2014 to 2016.

Giggs said that during his time under the Dutchman, he had scouted Jesus, who signed for rivals Manchester City in January, and 19-year-old Mbappe, who joined Paris St Germain in August.

“I watched Gabriel Jesus play three years ago. I watched Mbappe for a year. I was watching them with the scout and it was a no-brainer. It was just like, ‘Get them’,” Giggs told the Times.

“It would have been £5 million or something — get them, loan them back — and that’s where the recruitment could have been better.”

Jesus, 20, has been instrumental in City’s 16-game winning streak this season, scoring eight goals and notching three assists in 16 league appearances, while Mbappe has been equally impressive for PSG.

City signed Jesus for a reported fee of £27 million, while Mbappe joined PSG on loan from AS Monaco, with an option to buy the player at the end of the season. Media reports said PSG would pay up to €180 million for the teenager.

Giggs also said that United should not have sold players, including defenders Rafael Da Silva, Jonny Evans and striker Danny Welbeck, who were used to the club’s style of play under long-serving former boss Alex Ferguson.

United are 11 points behind league leaders City in second position and lost to their local rivals in this month’s Manchester derby. The 44-year-old believes that a win for the hosts would have tested City’s title challenge.

“In isolation, they’re doing OK,” Giggs added. “But when you bring City into it, it’s more difficult because City have been so good.

“If we had beaten them at Old Trafford, it would have been interesting to see how City reacted. United could have kicked on from that too. But it didn’t happen.”

Giggs also denied interest in the vacant managerial role at Swansea City, who are bottom of the league, saying he was more suited to coach top teams.