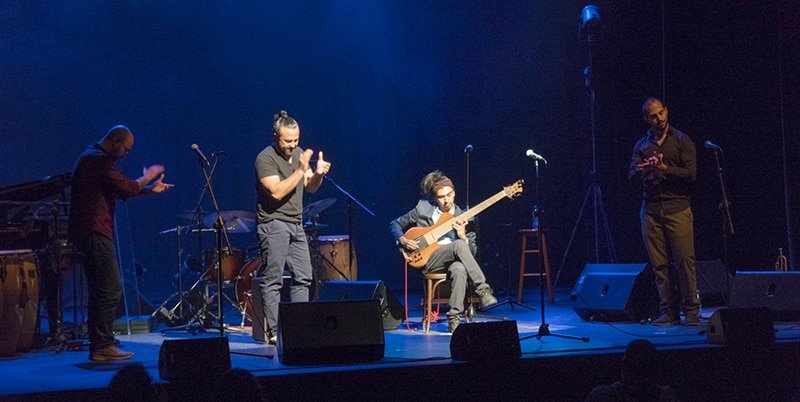 Lovers of Latin music, Brazilian funk, the samba, the rumba, a bit of soul, blues and rock vibes, and even those who live their musical fantasies through the madness of punk metal, will find what they are looking for right on their doorstep.

The Latin vibes tonight will be coming from Sto Dromo in Limassol at 9pm, when the band Macumba will welcome in the new year with musical style and rhythm.

The quartet was formed soon after Chilean bassist Rodrigo Caceres came to Cyprus and met Rodos Panagiotou (drummer and percussionist), George Morfitis (keyboard player) and Elias Ioannou (trumpet player) – who were already well-known on the Latin-jazz local music scene. Together the four musicians experimented with sound, seeking constantly to evolve their own musical horizons and musical range.

Morfitis started his classical music training at six years old. He studied classical music composition, arranging and Jazz/ Latin performance at the ISA Conservatory of Havana in Cuba. He then went on to study at the Codarts Conservatory of Rotterdam in Holland. The musician has participated in well-known European festivals such as North Sea Jazz Festival, Round Town and the Madrid Jazz Festival.

Ioannou also studied at Codarts University in Rotterdam specialising in Jazz Trumpet. He has participated in concerts all across Europe, including three performances at the North Sea Jazz Rotterdam Festival.

Caceres is a Chilean bassist well known in the Latin-jazz, flamenco and world music scene. He performs and organises seminars across Europe, Latin America and Asia.

Panagiotou is a well-known Cypriot drummer who comes from a musical family. The drummer studied at the Conservatory of Greece and Rotterdam and set up the Brazilian percussion group Batukinio.

Macumba might have us moving our hips to Latin vibes tonight, but local band The Low Spark will be providing us with some soul and rock melodies to move the whole of our bodies to, tomorrow in Larnaca.

The Low Spark, who are Lefteris Moumtzis on vocals and bass, Louis Pafitis on guitar and Stephanos Meletiou on drums, came together in 2009. Even before they got together, the musicians were already playing a big part on the local music scene, but once they became a unit their influence on the scene became even more apparent.

Originally the boys were a cover band, but they slowly moved away from making hits out of hits and started to compose their own material. The result was their first album A Few But Many, which was launched in May last year. The album contains eight original compositions which come at us with waves of progressive-psychedelic rock teamed with soul and blues rhythms, while also echoing the band’s influences from the music scene of the 70s. The lyrics talk about spirituality, social circumstances, and getting over our past.

Finally, for those of you who like a little metal music to go with your Friday night, the metal/punk band Infected Syren will show off their debut album at Red music stage in Nicosia at 9pm.

The band will perform the whole album, which will also be available for purchase. Louis Syrimis on the guitar, Constantinos Syrimis on the drums and guitar and Marinos Kassinos on the bass will be giving the stage a bit of attitude and the crowd a taste of their lyrics, which may be described as ‘in your face’.

Strike threat looms as labour talks get under way in Germany