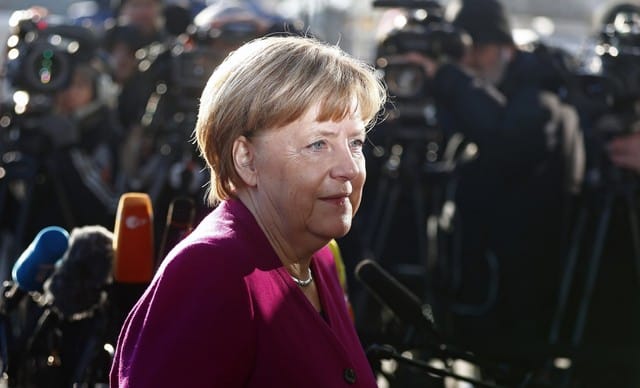 Coalition talks of CDU/CSU and SPD in Berlin

German Chancellor Angela Merkel’s conservatives and the centre-left Social Democrats (SPD) are around 95 per cent of the way to reaching a coalition deal, an SPD negotiator said on Tuesday, adding, however, the deal would not be a “masterpiece”.

Negotiators from both blocs agreed late on Monday that more time was needed to reach a deal on renewing the so-called “grand coalition” that has governed since 2013, and decided to resume talks – initially expected to conclude on Sunday – at the party headquarters of Merkel’s party in Berlin on Tuesday.

“I think we have 90-95 per cent, but the remaining five per cent are still important,” said Carsten Schneider, a negotiator with the Social Democrats, adding he hoped a deal could be clinched without heading into all-night talks.

The SPD is trying to extract concessions on healthcare and employment policy that could win over sceptics among its 443,000 members, who get the final say on whether to move ahead with another tie-up with the conservatives.

The Rheinische Post newspaper reported that the constitutional court was examining complaints about the legitimacy of the SPD members’ ballot. There was no comment immediately available from the court.

An Insa poll on Monday showed mounting pressure on SPD leader Martin Schulz, with support for the SPD dropping to just 17 per cent, well below its election result of 20.5 per cent, the party’s worst since Germany became a federal republic in 1949.

Merkel’s failure to cobble together a new government more than four months after the election has raised concerns among investors and partner countries at a time when Europe is facing multiple challenges – including the need for eurozone reform and Britain’s looming departure from the EU.

In a sign of progress, the parties concluded their talks on Europe on Monday. Schulz said on Twitter the agreement included “more investment, an investment budget for the eurozone and an end of forced austerity!”

Schulz made no specific mention in his message, however, of any plans to advocate for more powers and responsibilities for the European Stability Mechanism eurozone bailout fund, as was envisaged in a coalition blueprint agreed on Jan 12.