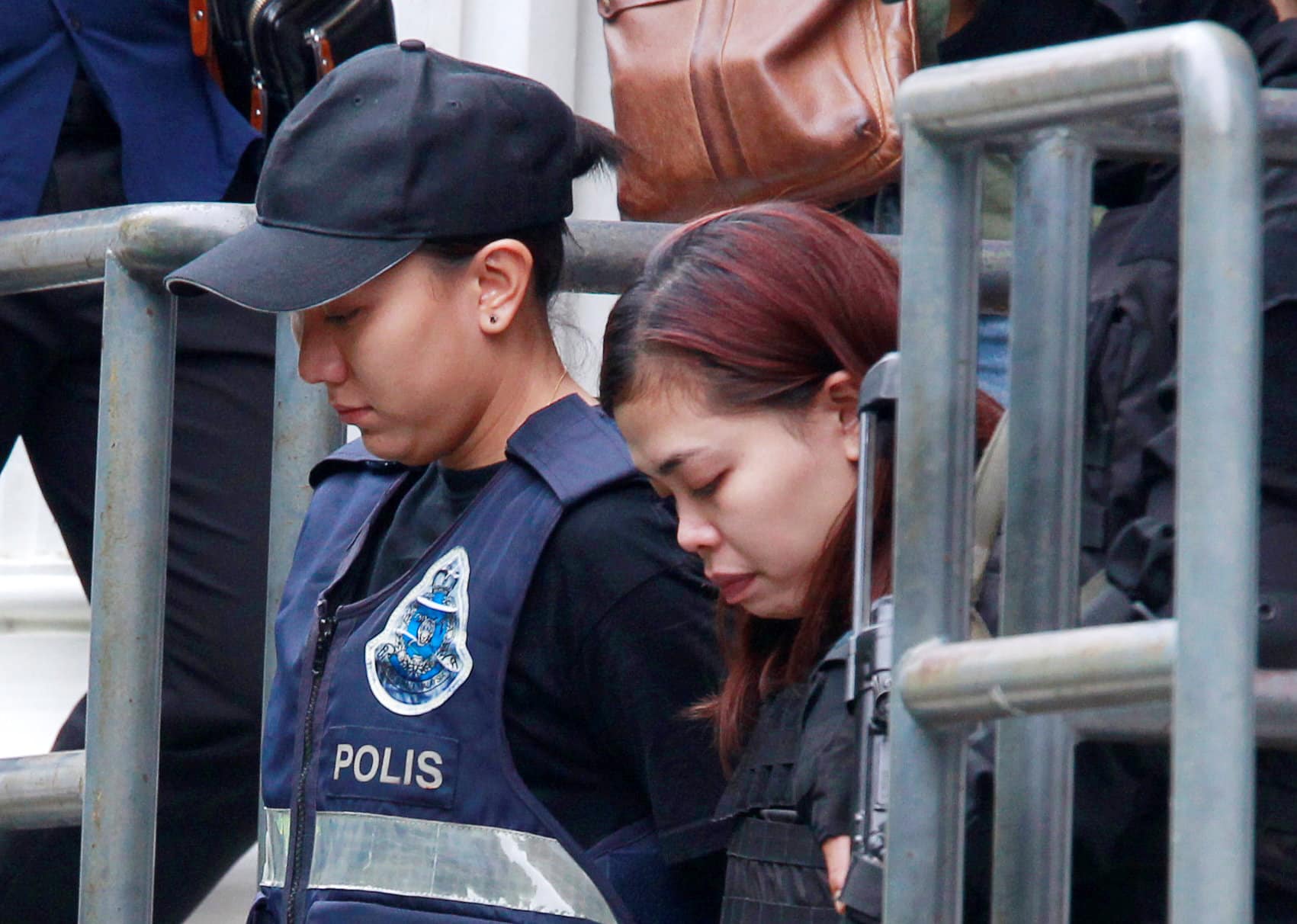 Indonesian Siti Aishah leaves a Sepang court after she was charged with the murder of North Korea Kim Jong Nam, in Malaysia

A woman accused of poisoning the North Korean leader’s half-brother, Kim Jong Nam, at a Malaysian airport had been paid to fly to Macau, Kim‘s home at the time, just days before the killing took place, her lawyer told a court on Thursday.

Kim Jong Nam, half-brother of North Korean leader Kim Jong Un and a critic of his family’s dynastic rule, according to some South Korean lawmakers, had been living in exile in Macau, a special administrative region of China bordering Hong Kong.

Defence lawyers say the women thought they were playing pranks for a reality TV show, had been paid for playing similar pranks at shopping malls and airports elsewhere in the weeks before the killing and did not know they were poisoning Kim. They face the death penalty if convicted.

On Feb 8 last year, Siti Aisyah had been given 4,000 ringgit ($1,020) by Hong Song Hac, a North Korean, to buy tickets to Macau so that she could play pranks for a reality TV show, her lawyer, Gooi Soon Seng, told the court.

But Hong called her later that day to tell her that the trip was off. Gooi did not state whether Hong gave any reasons for the cancellation.

Lead police investigator Wan Azirul Nizam Che Wan Aziz could not confirm Gooi’s account but said text message records taken from Siti Aisyah’s mobile phone on Feb. 8 showed her telling a friend that she was going to Macau for “shooting”.

She later received five missed calls from Hong before picking up on the sixth, phone records showed.

Gooi has argued the killing was politically motivated, with many key suspects linked to the North Korean embassy in Kuala Lumpur, suggesting his client was merely an unwitting pawn in the attack.

Siti Aisyah told police she was introduced to Hong on Jan 21, 2017, in Cambodia by another North Korean man named Ri Ji U, who had earlier hired her for a prank show.

She told police she played three pranks at Phnom Penh airport before flying to Jakarta and then back to Malaysia in early February, Wan Azirul said.

In Kuala Lumpur, she played 14 pranks at airports, hotels, shopping malls and a train station between Jan 5 and Feb 12 and was paid between $100 to $600 for each session, he said.

Wan Azirul could not confirm the pranks took place, citing a lack of video recordings and witnesses.

But Gooi said posts on Siti Aisyah’s Facebook account and text messages she exchanged with friends, including one who teased her about being “a cute comedienne”, corroborated her version of events.

Police have named both Ri and Hong as suspects in the case. Hong is among four North Koreans charged with the murder and who were caught on airport CCTV recordings fleeing the country on the day of the attack.

Mercedes and Hamilton hope to start season with new deal

‘As Turkey’s emergency rule continues, so will rights abuses’