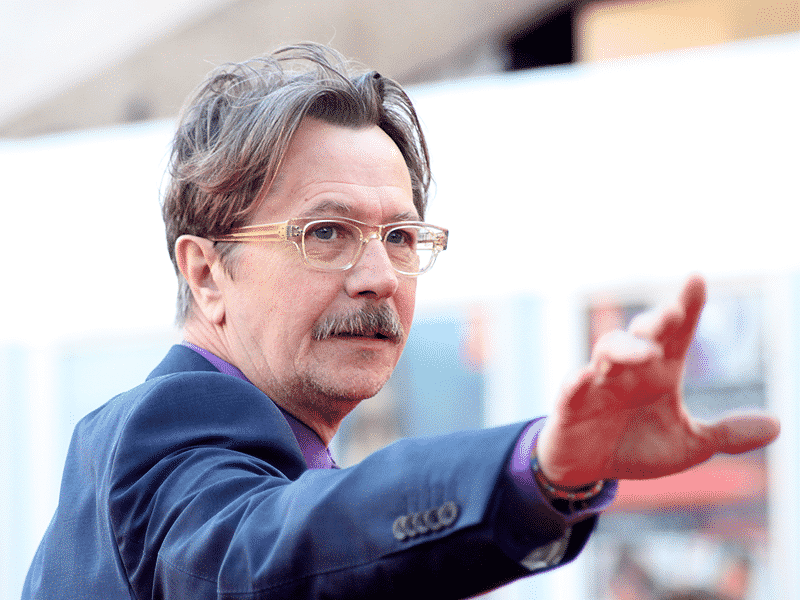 The ‘Darkest Hour’ actor was recently slammed by Donya Fiorentino, who claimed their marriage was a “nightmare” and accused the British star of abusing her emotionally and physically, before using his power and fame to get custody of their children, Gulliver, now 20, and Charlie, now 18.

However, after the former model against blasted Gary, branding him an “abuser” shortly after he won his Best Actor Oscar on Sunday (04.03.18), Gulliver has penned an open letter to defend his dad and branded the claims against him “false”.

He wrote in his statement: “It has been troubling and painful to see that these false allegations against my father being written about again, especially after this was all settled years ago…

“Custody of children is not given to a wife beater, and under most circumstances, hardly ever a man. My having lived, full time with my father should be in itself, proof enough.”

In her interview, Donya claimed the 59-year-old star – who she married just four months after their first date in 1997 and filed for divorce from four years later – had hit her with a telephone in front of their sons in 2001, but Gulliver insisted the alleged incident “didn’t happen”.

He wrote: “I can see how coming out with a statement to combat an allegation must look. However, I was there at the time of the ‘incident,’ so I’d like to make this radiantly clear: it didn’t
happen. Anyone who says it did is lying…

“In the case of my father, there is only innocence. There never has been any guilt.”

Gulliver hasn’t spoken to his mother for seven years, but insisted he didn’t want to speak badly of her.

He added: “She has been a sad and very troubled person most of her life. Yes, she brought me into this world. She didn’t however, teach me how to be a part of it.”

He also hailed his father as his “only hero” and expressed his wish to grow up to be “even half as great and half as pure”.

He wrote: “My Father is my one and true guiding light. My only hero.

He is the man I aspire one day to become. If I could only become even half as great and half as pure. I was granted the good graces of his fatherhood as a child to be raised by him and only him. For that I am eternally grateful every hour of every day. I owe him the world and I owe him my life…

“I want only to protect my father’s character, as a person and as an actor. I know he is a wonderfully kind man, gifted beyond belief, a man who wouldn’t trade anything for the love and happiness of his family.

“This torment should have ended 16 years ago. In such a momentous year for his career, my father should finally be able to enjoy himself. I hope that we can please make that a possibility.”

When she filed for divorce in 2001, Donya claimed Gary spent thousands on alcohol and prostitutes during drug-fuelled weekends, but the ‘Harry Potter’ star denied the allegations, branding the model – who also has a 23-year-old daughter, Phelix, with her first husband, director David Fincher – a “fantasist” whose addictions to booze and pills made her an unfit mother and tore apart their marriage.

Gary was ultimately awarded physical custody of their sons, with Donya given twice weekly visits.

Before marrying Donya, the ‘Man Down’ star was previously wed to actresses Lesley Manville – the mother of his son Alfie, 28 – and Uma Thurman, and later went on to marry singer Alexandra Edenborough in 2008, but they split in January 2015.

Media chided for linking US navy and gas survey (Update 3)