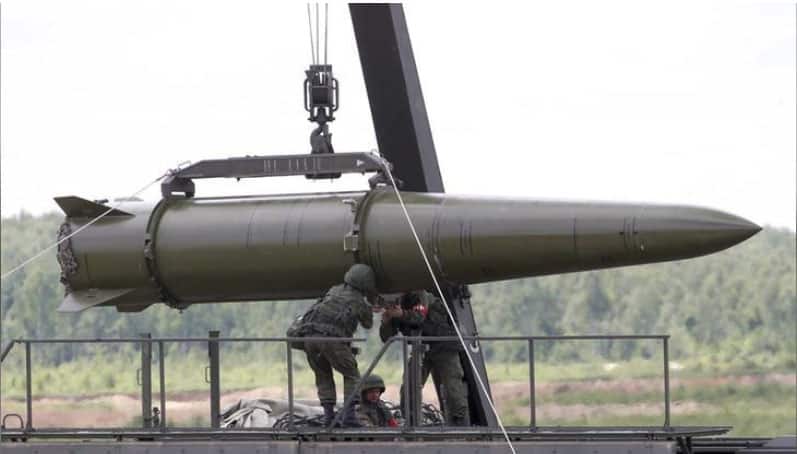 Last Friday, Russia launched the largest ballistic missile in history. Weighing in at 200 tons, Moscow says the Sarmat rocket – dubbed “Satan 2” by Western defence analysts – is the first with sufficient range to hit any location on earth from a single launch point.

The test – announced by President Vladimir Putin, who also referenced the missile in his key pre-election speech last month – was an unambiguous threat to Russia’s enemies, particularly the United States. Since the end of the Cold War three decades ago, the US military has been the undisputed leader when it comes to missiles and the technology to strike anywhere on the planet. Suddenly, however, Washington faces a world where its greatest potential foes have made dramatic investments in long-range weapons.

For all the focus on North Korean rocket and warhead tests, Pyongyang has only really been catching up with technology more established nuclear superpowers acquired in the 1950s and 1960s. Russia and China, in contrast, have pushed ahead with a new generation of weaponry. Both nations have focused on new land- and sea-launched nuclear-tipped missiles aimed at crossing continents.

Just as worrying for the Pentagon, the new weapons also include smaller fast, perhaps impossible-to-evade missiles to destroy US planes, ships and particularly aircraft carriers, arguably the most potent symbol of America’s worldwide power.

How well those would perform in practice is impossible to say – although their mere existence may be enough to deter enemies from risking a fight or intervening in smaller conflicts. Even if new weapons meet expectations, Russia and China still broadly underperform the United States, by far the world’s leading military spender.

In the last decade, Moscow and Beijing have paid particular attention to their ballistic missile-carrying submarines, investing in new vessels, bases and rockets. But neither matches the scale, reach and survivability of the US Navy’s larger fleet of ballistic missile-carrying nuclear submarines. Nor do they have an equivalent to the US B-2 stealth bomber, able to hit anywhere in the world, undetected without warning.

But the balance is shifting. Military planners in Russia and China have taken a close look at US military domination, and view cutting-edge missile technology as an easy way to outmanoeuvre that superiority.

Several of these missiles may now be operational, and in conflict would pose a serious threat to the US military. The Sarmat, test-launched on Friday, is scheduled to replace an older generation of Russian missiles in the 2020s.

On Monday, Russia announced it had also tested its A-135 antiballistic missile rocket, already deployed around Moscow. Such systems – a counterpart to US antimissile rockets now deployed in Europe and Asia – would only likely be able to knock down a handful of incoming warheads. But they and equivalent Chinese weapons could play havoc with satellites on which Western forces have come to rely.

Russian military officials claim their new Zircon anti-ship missile is capable of speeds in excess of 4000 miles per hour, roughly six times the speed of sound. If true, the Zircon would outstrip anything in the US arsenal, and would be virtually impossible to intercept. In the last two years, China has showcased its own trove of medium-range missiles, one dubbed the “carrier-killer” for its intended ability to take out the United States’ largest warships.

Both countries have also dramatically stepped up investment in air defence and antiaircraft missiles, determined to limit the United States’ ability to operate over enemy territory in wartime. Russia is exporting such systems to some of Washington’s most likely enemies, including both Iran and Syria.

Around their own territory, both Russia and China see missile technology as key to pushing back the United States and its allies. China is believed to be installing such systems on the network of artificial islands it is constructing to dominate the South China Sea. Moscow has repeatedly talked of basing its hyper-accurate Iskander rockets in its Kaliningrad enclave between Poland and Lithuania, as well as towards its border with China – a reminder that it sees Beijing as a potential enemy as well as ally.

Capable of carrying both atomic and conventional warheads, the Iskanders are a major reason Eastern European states would like the United States to base more Patriot air defence missiles in their countries. Any such moves will likely further increase the arms race.

This escalation comes at a dangerous time. Around the world, cyber attacks and other new forms of confrontation are redefining what it even means to be at war. Combined with the return of this very Cold War-style missile contest, the world may be heading towards a very disconcerting balance of terror.

US Deputy Assistant Secretary of Defence to visit Greece and Cyprus