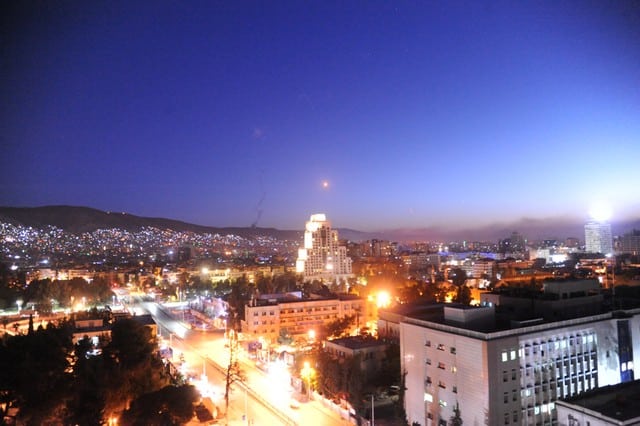 A missile is seen crossing over Damascus

Russia’s defence ministry said on Saturday that the majority of missiles fired during the overnight attack on Syria by US, British and French forces were intercepted by Syrian government air defence systems, TASS news agency reported.

Russia, an ally of Syrian President Bashar al-Assad, has responded angrily to the strikes, while Syrian state media called them a “flagrant violation of international law.”

According to Interfax news agency, Russia’s defence ministry also said that Syria intercepted the US and allied attacks using Soviet-produced hardware, including the Buk missile system.

Russian lawmaker Vladimir Dzhabarov said on Saturday that Russia was likely to call for a meeting of the United Nations security council to discuss US, British and French air strikes on Syria, RIA news agency cited him as saying.

“The situation is being analysed right now. Russia will demand a meeting of the U.N. security council, I am sure,” Dzhabarov, who is the deputy head of Russia’s foreign affairs committee, was quoted by RIA as saying.

Race for championship as two points separate Apollon and Apoel