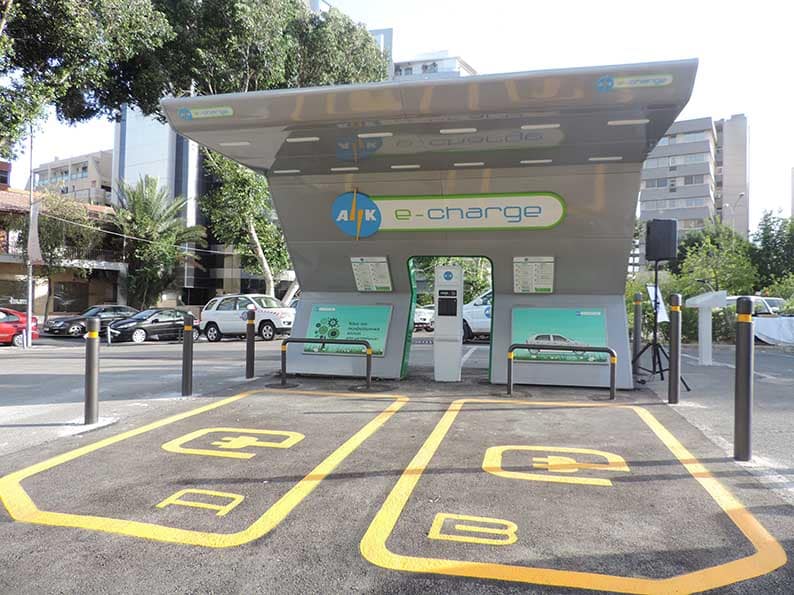 One of the existing charging stations in Cyprus

Transport Minister, Vasiliki Anastasiadou announced on Friday that a number of important projects concerning the road network would get underway this year including the installation on motorways of charging stations for electric cars.

Following her first meeting with the House transport committee, Anastasiadou, said she informed members of her ministry’s plans to tackle traffic problems but also to promote sustainable mobility.

MPs asked the minister to be informed about long-term plans, such as construction of tram and metro lines.

As regards roadworks, Anastasiadou said that works on the Limassol to Saittas road were expected to start at the end of the year and be completed in 30 months.

Two tender competitions are to be launched one on the Nicosia ring road in the fall and the other on the Paphos to Polis road by the end of the year.

She added sustainable mobility, another goal of her ministry, would mean encouraging other forms of mobility instead of cars.

“People will go to the buses, uses bicycle lanes, sidewalks, electric cars, there is programming for all of these,” Anastasiadou said.

She added that soon, 10 charging stations for electric cars would be installed on motorways.

The head of the committee, Georgios Prokopiou, stressed the importance of sustainable mobility and said they had urged the transport ministry to provide incentives.

“We have asked that in the future, in long-term frameworks, the implementation of the tram and metro (systems) must be introduced in a country like our own, which is small in size,” Prokopiou said.

At the same time, he said, they have also asked for the introduction of speed cameras, which will be delayed for another two years.

Diko Paphos MP, Charalambos Pittokopitis, welcomed news of the tender competition for the Paphos to Polis road, and called on Auditor-general Odysseas Michaelides to stop placing putting obstacles to the construction of the project by citing financial costs. “This is a project that has been delayed for decades,” he said.

Pittokopitis queried whether Michaelides could put a cost on human lives and referred to the fatal accident on the Paphos to Polis road on Thursday night that claimed the lives of two people.

Pittokopitis also brought before the minister the delay in the construction of a new renal clinic at the Paphos general hospital.

The delay is unacceptable, he said, given that the budget is there and the decision for the construction of a new renal clinic has already been taken. He added that the public works department said they had other priorities. At the moment, Pittokopitis said, Paphos patients are “cramped like sardines” in a small room.

Saudi Arabia arrests activisits ahead of lifting of driving ban

Mavroyiannis pulls ahead of Neophytou in second place battle