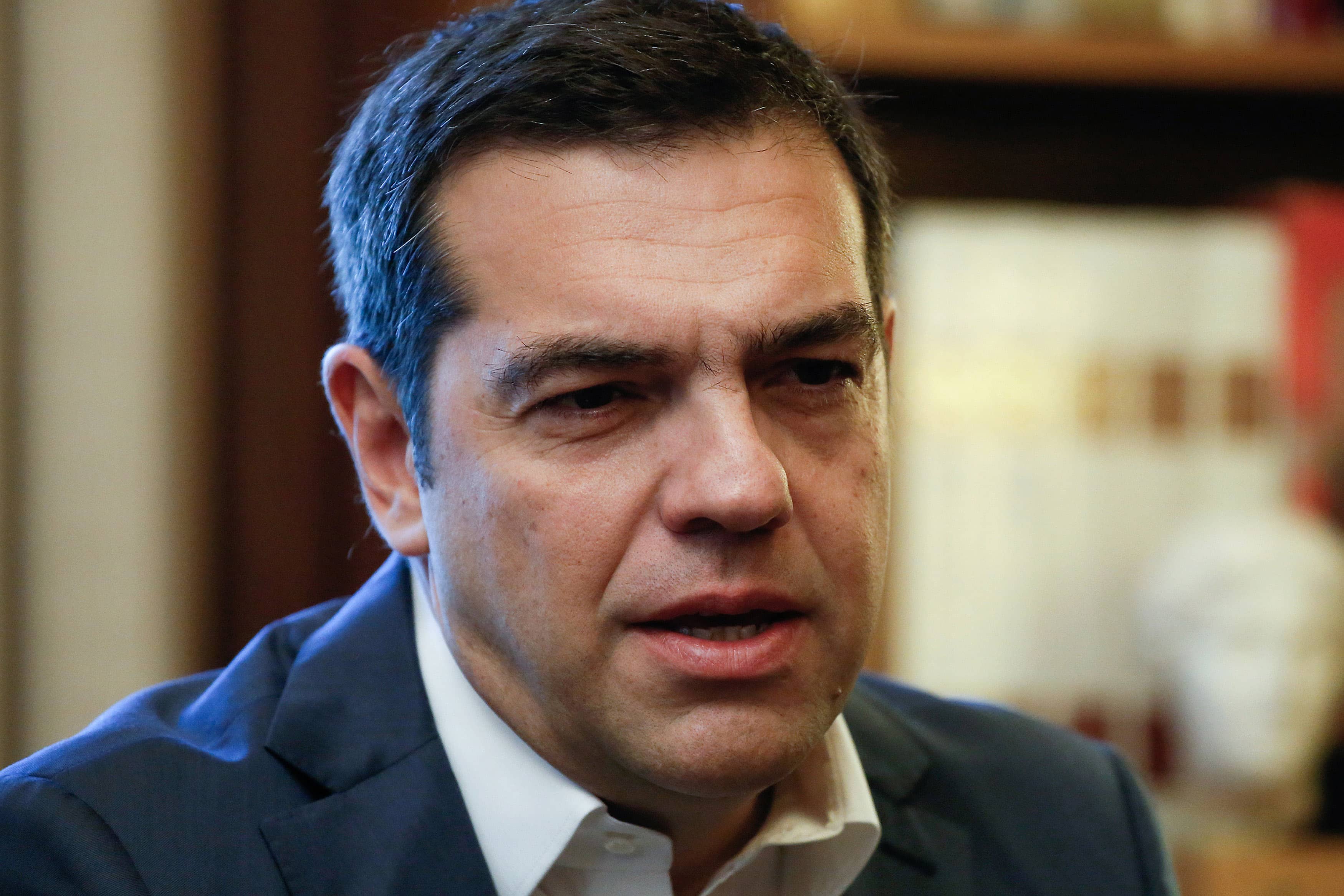 Greek Prime Minister Alexis Tsipras is taking a big gamble in trying to settle a decades-old name dispute with neighbouring Macedonia (FYROM) which could backfire in a pre-election year among voters already jaded by his economic austerity policies.

With about 15 months until the next election is due, the 43-year-old leftist leader has already timed Greece’s exit from its third international bailout for this summer in the hope that this will start to bolster his currently poor poll ratings.

Despite trailing the main opposition conservatives by up to 20 percentage points in polls, Tsipras has now also opted to go where all his predecessors have failed, by personally reviving efforts to resolve the name dispute with Skopje.

“He is determined to solve it,” said a government official.

Athens rejects Macedonia’s right to use that name, saying it amounts to a territorial claim on a northern Greek province of the same name and also represents an attempt by the tiny ex-Yugoslav republic to appropriate Greek history and culture.

Successive Greek governments have blocked FYROM’s bid to join Nato and the European Union over the name dispute, which is of existential importance to Greek nationalists.

In February, hundreds of thousands of Greeks took to the streets of Athens over the issue, a bigger turnout than even the biggest protests held to oppose painful austerity measures imposed by Tsipras under pressure from Greece’s creditors.

“If a deal is done it would be a bonus. He will say ‘I pulled you out of bailouts, I settled the Skopje question’. That way he might make up for other losses,” an official from his Syriza party told Reuters on condition of anonymity.

Skopje is the capital of FYROM, a mainly Slavic state with a large ethnic Albanian minority which won its independence from Belgrade in 1991 as Yugoslavia dissolved into civil war.

Cracking the riddle would earn Tsipras kudos in the European Union and the United States, long impatient with what they perceive as Greek obduracy over the name, which they see as destabilising for the Balkans. Clearing Macedonia’s path into Nato and the EU would also help check growing Russian influence in the region, they say.

The clock is ticking towards an EU summit in late June where most member states want to extend a formal invitation to republic to start accession talks, and a Nato summit in early July, where Greece’s allies also back FYROM’s membership.

However, political analysts say it would be a big risk for Tsipras, whose Syriza party has already seen its support slide amid harsh fiscal reforms, record unemployment and pension cuts which have left a third of all Greeks living in poverty.

“There is still a zero-sum mentality (among Greeks) on this name issue,” said Kostas Ifantis, an associate professor of international relations at the Panteion University in Athens.

“It’s an issue which involves history and symbols, and … a compromise is very difficult in this case,” he said.

Among compromise names proposed over the years are Nova (new) Macedonia, Vardar Macedonia (named after a river), Upper Macedonia and, most recently, Ilinden Macedonia, but most Greek political parties reject any use of the name Macedonia, even with descriptive tags.

Those parties include both Tsipras’s coalition partner, the Independent Greeks, and the main opposition New Democracy party, currently tipped to win most votes in the 2019 election.

New Democracy was also burned by the Macedonia issue when in power in the mid-1990s. A split between moderates and hardliners toppled the government of then-Prime Minister Constantinos Mitsotakis, and many of those who broke ranks then are now back in the party fold.

Now led by Mitsotakis’s son, Kyriakos, the party takes an uncompromising public stance on the name issue, but observers say the same divisions which existed in the 1990s persist.

Some analysts even suggest Tsipras is primarily motivated in his name diplomacy by a desire to split New Democracy.

“It is a gamble which was not taken with the aim of closing an open diplomatic problem that troubles the country but as a tool to divide, at least initially, the opposition,” Ifantis said.

In weekend consultations over the name, Tsipras failed to secure the support of any opposition party for the ‘Ilinden Macedonia’ proposal.

But for all the risks, a resolution of the name dispute could still ultimately help to boost Tsipras’s popularity, said Costas Panagopoulos, head of the Alco polling agency.

“There will be reactions from the opposition, regardless of the name, this is clear,” said Panagopoulos. “But in the long-term, a solution, despite the opposition and the initial protests… could not hurt Tsipras.”

Finland will shut border to Russian tourists from midnight