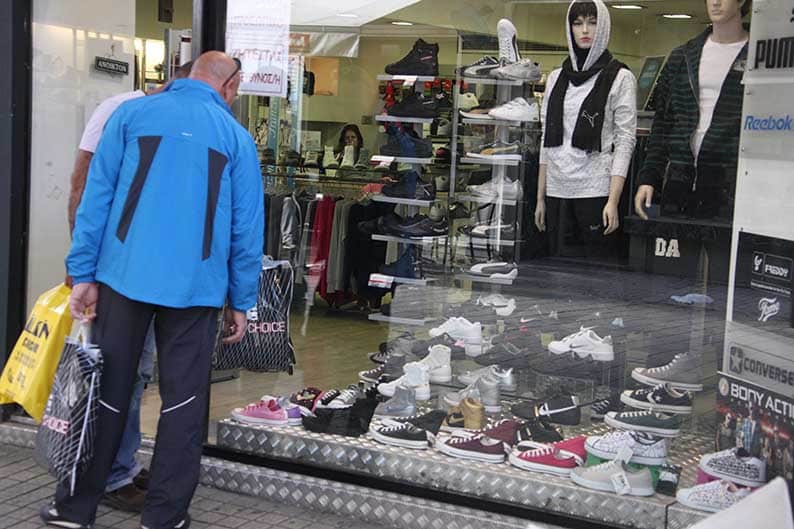 A law introducing charges for plastic bags is just a few weeks away from coming into force on July 1, but environmentalists complain far too little has been done to prepare shoppers for the change.

In December last year, parliament voted into law a bill that would mean plastic bags between 15 and 50 microns will be charged a minimum of 5 cents plus VAT.

The law generously allowed a six-month transition period in which shops could begin charging slowly – at 2 cents per bag – but more crucially, use these six months as a period to run campaigns and inform the public.  It is now mid-June and no major campaigns have been run.

According to Greens MP Charlambos Theopemptou what we should have been seeing were TV ads, signs up in shops and supermarkets, something to indicate campaigns were ongoing.

The public should have been surrounded by this information he added with suggestions on alternative solutions such as cloth bags for instance.

“We haven’t seen any of this and it’s concerning,” Theopemptou told the Sunday Mail.

“It would be a good idea to start as the days are fast approaching,” he added.

Environment department official Elena Christodoulidou said they would be launching their own campaign starting June 23 until July 8.

Asked if it was leaving it too late, she stipulated that they had daily contact with stakeholders throughout the transition period but now the campaign would be more “dynamic”.

“This will be a major campaign where we will prepare leaflets, have signs on the road, smart videos, hand out reusable bags,” she told the Sunday Mail.

Though the law comes into effect on July 1, Christodoulou said the idea was not to begin punishing those who do not adhere to it but to encourage them to change and adapt, essentially giving them some breathing room in the coming weeks.

One of the eternal problems when it comes to plastic bags is how often people take extra carrier bags to use for their own home.

In Cyprus, the latest figures by the EU Commission are from 2012 and they reveal that the average person used 140 bags per year of which 125 were the carrier bags set to be charged for. The remaining 15 are reusable bags. Currently, the environment department is currently trying to get more up to date figures.

In other countries, plastic bag use had been reduced by 50 per cent after charges were introduced, so why not in Cyprus?

“I think people are quite accepting of this change, similarly to recycling.” The change came slowly but it is now very much a part of Cypriot life.

“Based on what we’re seeing, the reaction is positive.”

Lawmakers preparing the law ensured another two key points were enshrined in the legislation.

Firstly, the cost will apply to carrier bags alone. This means the very light, flimsy plastic bags used to pack fruits and vegetables, for instance, will continue to be free of charge. Only the bags issued at the check out counter will be charged at 5 cents minimum.

Additionally, the money reaped from these sales should not go towards the company’s profit but instead, a special fund aimed at further educating the public.

The supermarket association said that while they were ready to begin charging, there was definitely no plan as to how this fund would work.

“We had a meeting with the environment department but it was not very specific. We’ll be ready to implement when we have guidelines as to how but we don’t have this information yet,” the spokesman of the association, Andreas Hadjiadamou, told the Sunday Mail.

Stefanos Koursaris, the head of small shopkeepers’ union Povek, agreed, saying his members were also not ready and though they had the goodwill to implement the law to the ‘t’ and felt this was a positive change, they’d like to be enlightened as to how it will be done.

“Without wanting to belittle (the environment department) a lot more could have been done,” he said.

“We still don’t know how this fund will be created, how it will work or how it will be done in a way that will be transparent.”

Christodoulou insisted the government had the plan ready but officials were still fine-tuning details to ensure full transparency.

Nonetheless, the fund is linked to the campaigns, she stipulated.

This is because, as Theopemptou outlined, the responsibility for campaigns lay in the hands of all shops – supermarkets, retailers and any business that will be required to sell plastic bags.

The idea, he said, is that they would all come together as a group and run the campaigns.

Hadjiadamou, however, said he wasn’t too concerned about implementing the changes as the idea had been around for a long time. Some stores and supermarkets already charge for plastic bags and so the public is aware of it.

“We believe the public will adapt to it,” he said.

He suggested that the six-month period had been more for plastic manufacturers to make the necessary adjustments as the whole point of charging is to reduce plastic bag use and that means a smaller workforce.

Christodoulos Papadopoulos, owner of the plastic bag production company Papadopoulos A & Sons, told the Sunday Mail they were ready to adapt to the changing law.

“We know who we’re going to let go and when,” he said.

At least 125 people are expected to lose their jobs, Papadopoulos said out of around 200 employees.

The bulk of the company’s work is producing the carrier bags that shops will now charge for, making up approximately 75 per cent of their business, Papadopoulos added.

“We expect our sales to drop anywhere from 65 to 85 per cent and the respective staff to go too.”

The rationality of the irrational