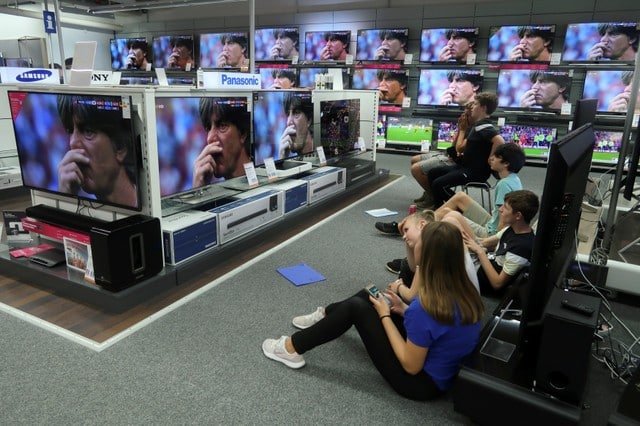 Charts, graphs and statistical analysis will not explain Germany’s shock World Cup exit. The reason lies not in numbers but in German football’s complacency in recent years.

Every aspect of the national pastime, and that includes clubs, the top league, the national association (DFB) and the players themselves, has fed off this complacency for years.

Ever since their brilliant 2014 World Cup victory the main actors of German football rested on their laurels, raked in the cash and thought the good times will last for ever.

Two defeats and one last-gasp victory in the group stage meant an embarrassed Germany made their earliest World Cup exit in 80 years on Wednesday.

Rewind to 2014 just before the world Cup, when four German clubs battled their way through the group stages and into the Champions League round of 16. This season it was just one.

Back in 2013, Bayern Munich and Borussia Dortmund played out an all-German Champions League final. No German club has made it past the last four since.

The reasons for all this are simple: money.

The Bundesliga is eager to highlight its ongoing financial boom but that boom has also brought with it a one-sided, boring and predictable competition where Bayern win every time.

The lack of league competition, as the cash-rich DFB looks on without any interest of intervening, has meant that German players have seriously lost their competitive edge.

Deals in China are more important than giving fans in Freiburg or Hanover a decent competition to watch.

Even Bayern does not need to create its own players anymore. Its swelling savings account has meant it can just buy them, with Thomas Mueller being their truly home-grown player.

Add to that Germany coach Joachim Loew’s own complacency, with the coach stubbornly insisting on fielding virtually the same core of players for almost a decade.

“Why should I lose trust in them after one game,” he snapped after their opening defeat to Mexico.

Their collective last good season was back in 2014.

Even the DFB’s own smugness was evident in its tournament slogan — ‘the Best Never Rest’ –, its constant marketing drive and sponsor photo shoots and its continuous demand to “bring back the fifth star” — a fifth world title.

When two DFB employees stormed the Sweden bench after Germany’s last-second 2-1 victory to celebrate and gesticulate at their opponents, it was indicative of their complacency suddenly being replaced by pure panic.

Until that point the DFB had no clue a disaster was looming.

Whether Loew decides to stay on, the post-World Cup Germany coach must clean house and rebuild the team from the same source as the 2014 World Cup-winning team.

The country’s outstanding youth work and its vast pool of talented players was the start of their decade-long exciting run in world football and it is there the coach must turn to, instead of players more interested in taking pictures of their latest sports cars or presidents.

World Cup: Always look on the light side – Part 1