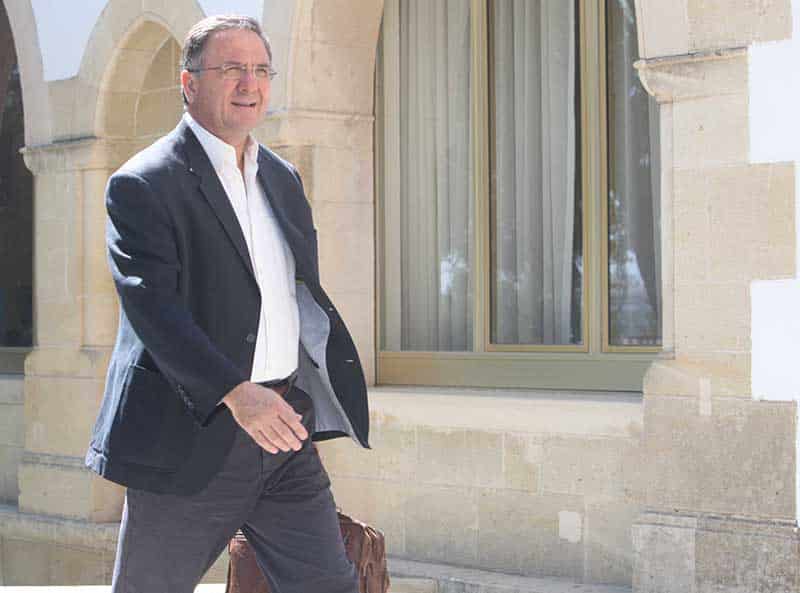 The Green Party-Citizens Cooperation is breaking ranks with centre-right Diko and socialist Edek and wil not be cooperating with them in the European elections next year, party leader Giorgos Perdikis said.

The next European Parliament (EP) elections will be in May 2019, and Perdikis said Turkish Cypriot journalist Sener Levent, publisher of beleaguered Afrika newspaper in the north had expressed an interest in running.

At a meeting of the central committee of the Green Party in Limassol on Sunday, Perdikis said both Diko and Edek appeared to have set their own course following the defeat of joint candidate, leader of the former, Nicolas Papadopoulos, in this year’s presidential elections.

He said during the meeting there had been “a great deal of dissatisfaction expressed” among the Citizens Cooperation members about the course Diko and Edek had taken in the recent passage of the draft non-performing loans bill.

“We think that they were moving autonomously without respecting the cooperation between us and the joint programme that we had signed for the nomination of Nicolas Papadopoulos, and obviously as far as the European elections are concerned, there is no question of continuing this cooperation of the four parties,” Perdikis said.

He said the Greens-Citizens Cooperation would field their own list of MEP candidates for the EP elections. This might possibly include Levent.

Levent, and another Afrika journalist, Ali Osman are being prosecuted by Turkey for a critical article they wrote against Ankara’s incursion into Afrin, Syria, earlier this year, calling it “another invasion”, with reference to Cyprus 1974.

Perdikis said Levent “has shown an interest in participating on the ballot”, adding that the party’s list of candidates would be supported by organisations and initiatives from both the Greek Cypriot and the Turkish Cypriot communities.

Regarding the Cyprus issue, Perdikis reiterated the Greens’ position that the Cyprus issue must be put back on the basis of “invasion and occupation.” “We think that the resumption of talks from the point where they stopped at Crans-Montana is a poor recipe that will lead to new deadlocks,” he said.

Levent said in an interview with Phileleftheros in June this year, that he was thinking of running for MEP as an independent candidate.

“My goal if I am elected is to put the issue of the occupation on the European Parliament agenda from the perspective of someone who lives it every day and pays the cost,” he was quoted as saying.  “It is one thing to speak as a Greek Cypriot and another to speak as a Turkish Cypriot.”

Levent said his possible election would prove that a Turkish Cypriot can be elected with the vote of Greek Cypriots.

“This would be a loud message of unity that would create a significant bridge between us. It will defeat the divisive myth that the two communities cannot coexist in a common political system and that we need two separate votes to govern Cyprus after the solution,” he added.

Should you draw up mutual-mirror wills?