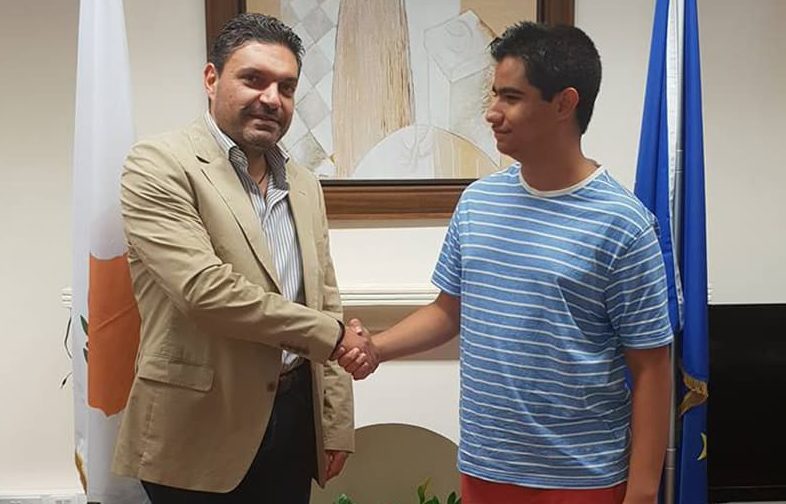 Datis attends a Nicosia private school and is said to be an exceptional student. Since 2015 he has participated annually in the Cyprus Mathematics Competitions and secured the 1st Pancyprian Prize three years in a row in 2016, 2017 and 2018.

According to the ministry, “Datis’s excellent academic achievements in mathematics make him not only an example of academic excellence but also of migrant social integration into Cypriot society, and so it was decided he would be granted honorary citizenship.”

Datis was born in Iran in 2002, and came to Cyprus with family in August 2011. They have since remained here as asylum seekers.

Due to his status as a minor, the ministry also naturalised his mother, Behnoosh Salhi.

The council of ministers approved of the honorary naturalisation.