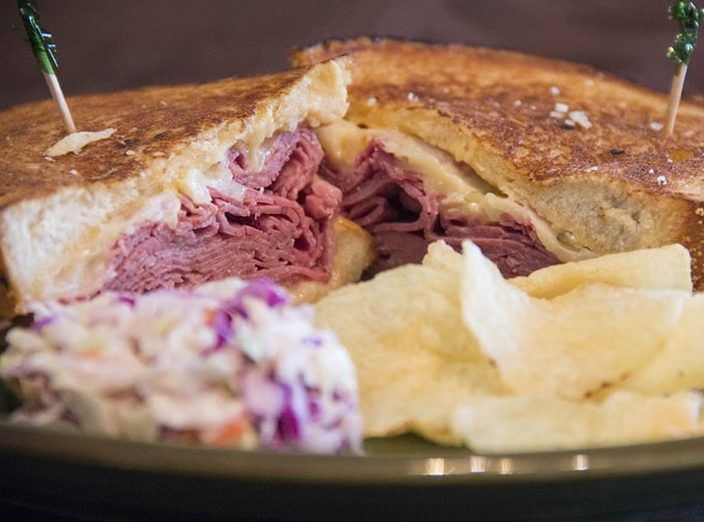 An image that writes “I love bolibif” has been circulating on social media networks, as Turkish Cypriots continue their wave of reaction against the surge in prices following the freefall of the Turkish lira, by ridiculing the hike in the price of the “traditional” meat.

As the ‘government’s’ packet of 24 economic measures was put into effect on Friday, claiming to work against profiteering and opportunistic sellers, Turkish Cypriots are reacting against the swelling prices and their subsequent diminished purchasing power by highlighting the skyrocketing price of bolibif, a type of Spam or corned beef, which reached 19TL (€2.7) from the initial price of 9TL (€1.3).

The TL further plummeted against the dollar, sterling and the euro on Friday, as the US warned that additional sanctions will be imposed on Turkey unless detained American pastor Andrew Brunson is handed over with Turkey responding that she will retaliate should this occur.

The issue of surging prices dominated Turkish Cypriot press on Friday, as in addition to the products that have already seen a drastic increase in price, it is expected that on Monday the price of gas, water and electricity, as well as that of milk will increase, while the price of bread will double.

According to Kibris Postasi newspaper, as of Monday a loaf of bread will be sold for 2.5TL (around 40 cents), which amounts to approximately double its current price.

‘Prime minister’ Tufan Erhurman on Thursday met with editors-in-chief and managers of various media in order to explain the ‘government’s’ measures and policies in light of the current economic situation that is being faced and the consequent criticism that he is receiving as purchasing power is freefalling.

Erhurman was firm that the ‘government’ would not tolerate those seeking to profit from the situation and warned that strict pricing controls would be put in place in order to deter profiteering from the huge price increases in some products, which certain sellers enforced single-handedly.

Chairwoman of the teachers’ union Ktoeos, Selma Eilem, said on Friday that most Turkish Cypriots are “dependent on the exchange rate,” and so students studying either locally or abroad are faced with the possibility of having to quit their studies.

Eilem added that in order to solve the problems faced by Turkish Cypriots studying in EU member states, the union sent letters to the European Commission and the European Parliament offices in Cyprus, requesting a meeting with the heads of the two bodies, Ierotheos Papadopoulos and Andreas Kettis respectively.

Among the submitted proposals are the creation of a special scholarship for Turkish Cypriot students and to ease the cost of living by facilitating lending schemes. General-secretary for the union of Turkish Cypriot teachers Sener Elcil said that their aim is to assess their country’s economic and social situation and to figure out how to help Turkish Cypriots stand on their own feet, but they do not intend to strike or take other measures.

Fabregas out of Arsenal reunion with leg injury