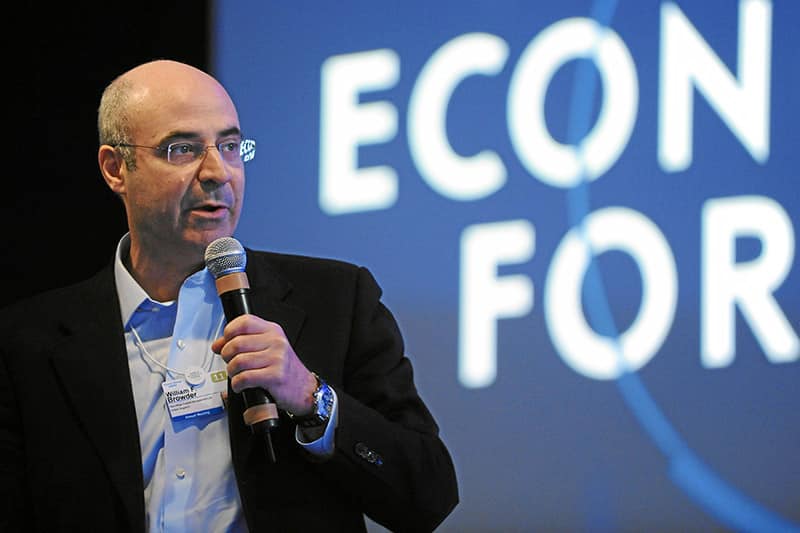 Four members of the European Parliament (MEPs) have warned President Nicos Anastasiades that “Cyprus may face consequences,” including sanctions if it resumes cooperation with Russia in a probe against Hermitage Capital founder Bill Browder.

“Should Cyprus go ahead with assisting Russia in the most well-documented case of political persecution by Russia of political opponents, despite repeated concerns voiced by members of the European Parliament, Cyprus may face consequences for the abrogation of its commitments to EU in the area of rule of law and human rights, including sanctions available under the EU Rule of Law Framework, as a precursor to penalties under Article 7 under the Lisbon Treaty applicable to serious and persistent breaches of EU values by member states,” the MEPs said in a letter to Anastasiades dated September 7.

“Cyprus has no obligation to cooperate with Russia in a politically-motivated case and has the right –and the duty – to refuse such cooperation,” MEPs Ana Gomes of the Socialist and Democrats Group (S&D), Petras Auštrevičius and Marietje Schaake of the Alliance of Liberals and Democrats for Europe (ALDE) and Molly Scott Cato of the Greens/European Free Alliance (Greens/EFA) said.

The warning came five days before the European Parliament made use of the provisions of Article 7 for the first time by voting with a 448 to 197 majority in favour of sanctioning Hungary citing violations of the rule of law under prime minister Viktor Orban.

On Monday the Committee of Legal Affairs of the Parliamentary Assembly of the Council of Europe unanimously adopted a draft resolution criticising Browder’s harassment by Russia and related cooperation by member states with Russian authorities.

More than a month ago the Nicosia District Court said that the cooperation with Russia in its politically motivated probe would violate the human rights of Bill Browder and his associate Ivan Cherkasov and the two would have good prospects in claiming damages from the government. Still, the court rejected Browder’s application for an order preventing Cypriot authorities from cooperating with Russia in its proceedings against him on the grounds that any damage would not be irreparable. The investor-turned-activist’s side has filed an appeal with the Supreme Court.

Russia launched the probe against Browder in response to his campaign for justice for lawyer Sergei Magnitsky who died in a Russian prison nine years ago after exposing the theft of US$230m (€199m). The police officers accused by Magnitsky of the theft arrested him, subjected him to torture and denied him access to medical treatment. Several countries, including the US, have passed legislation imposing targeted sanctions against individuals implicated in human rights violations. Interpol ignored repeated arrest warrants issued by Russia against Browder.

The Ministry of Justice’s intention “to assist with these proceedings runs counter to the EU’s commitment to justice and human rights,” the MEPs said and reminded that “Cyprus acceded to the European Union by Treaty in 2003 and signed the Charter of Fundamental Rights”.

“Any assistance by Cyprus to Russia in this case would be also particularly egregious and manifestly unjust given the recently exposed facts that show improper direction of the Russian legal assistance requests to Cyprus by beneficiaries of the $230 million fraud,” the MEPs said and added that senior Russian officials implicated in the Magnitsky case, included in a proposed sanctions list of the European Parliament, were overseeing Russia’s proceedings.

“We urge you to undertake broad consultations within Cyprus and with the European Commission and Council before undertaking actions that risk a negative impact on Cyprus’ reputation and stand within the EU,” the MEPs concluded.

In October 2017, when Nicosia decided to temporarily freeze its collaboration with Moscow in this matter pending the outcome of Browder’s court application, Russia reacted with anger.

Magical sounds to enchant our Saturday