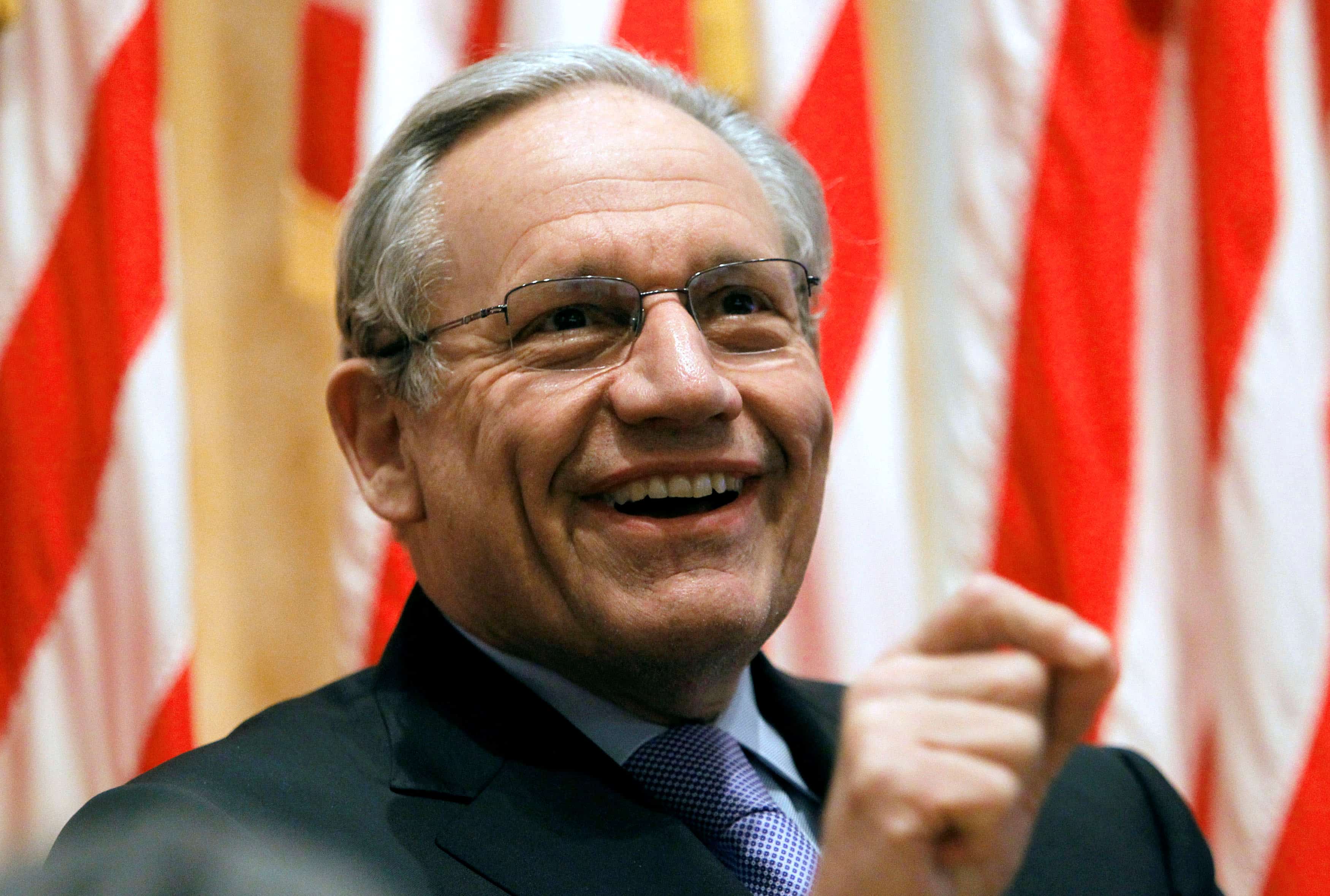 Bob Woodward, author of 'Fear', a new book on the Trump White House

The unnamed insiders who claim to be working clandestinely to resist Donald Trump are not heroes. As a State Department whistleblower who lost his career to tell the truth about the Iraq war, I am burdened by how the interviewees in Bob Woodward’s new book, “Fear,” and the anonymous writer of that New York Times “resistance” Op-Ed are hailed as patriots holding back the US president’s worst impulses through fibs and bureaucratic tricks. Having faced similar choices, I know their approach is neither honourable, nor effective.

No one should join the government to do only things they think are personally right; one serves the United States, and takes an oath to a Constitution. There is no addendum saying, “but if you REALLY disagree with the president it’s OK to do what you want.”

This is not to support robotic bureaucrats. But ideas, no matter how vigorously opposed, at some point change from being Trump’s or Barack Obama’s policies to those of the United States. Implementing them on a global scale, whether on a battlefield or across a negotiating table, is a team sport. Any other way is to bring on the chaos Anonymous claims to be pushing back against.

I served 24 years in such a system, joining the State Department under Ronald Reagan and leaving during the Obama era. That splay of political ideologies had plenty of things in it to disagree with or even believe dangerous. Same for people in the military and the intelligence agencies, who, for example, were sent to train Afghan mujahideen under one president and then kill them under another.

In the run-up to the invasion of Iraq in 2003, some inside government were privy to information about the non-presence of weapons of mass destruction, and understood President George W Bush was exaggerating or lying about the case for war. Three senior officials resigned from the State Department in response. Another State Department official, a former Marine, resigned in protest over the war in Afghanistan. He stated in the New York Times (a signed letter, not an anonymous Op-Ed) ” have tried and failed to reconcile my conscience with my ability to represent the current US administration.” More than a decade earlier, four State Department officials quit over the Bosnian conflict, also via public letters of resignation.

Others who believed a president’s decisions were harmful to the United States blew the whistle, making public specific evidence at the cost of their jobs and/or freedom to build an evidence-based case. Chelsea Manning spent seven years in prison for leaking classified data, Edward Snowden ended up in exile after informing the public of NSA policies threatening Constitutional freedoms. For me, I chose to write “We Meant Well” to expose the failed reconstruction efforts in Iraq I once helped lead, and had to end my work as a diplomat in return.

Disagreements over policy are not unique to the Trump administration. Nor are questions of competence. Reagan was thought to be senile, George W Bush a dolt. But challenges to conscience should be answered by good people who believe enough in the United States to place their lives, fortunes, and honour as collateral toward being listened to, not by working from inside government to surreptitiously ruin policy.

Anonymous claims insiders are disrupting Trump’s excesses without giving any details; we’re to assume whatever they are doing must be better than anything Trump wants. Woodward reports that Defence Secretary Jim Mattis put a Resistance-like stop to Trump’s demand to assassinate Syrian President Bashar al-Assad, though Mattis denies it. Of course, the order to kill, if it occurred at all, would have been illegal and thus require anyone in government to refuse it.

About the only actual act of “resistance” to examine comes from Woodward’s book. Gary Cohn, Trump’s former economic adviser, supposedly walked into the Oval Office and snatched a letter off Trump’s desk saying the United States was pulling out of a trade agreement with South Korea. Cohn thus stopped Trump from signing the document.

The story defies credulity. “Decision papers” needing the president’s signature are tracked assiduously by White House staffers. Stuff doesn’t just go missing from the Oval Office, and if it does, someone looks for it; I know, I held just such a job working for the American ambassador in London. It’s like tearing up a credit card bill thinking the debt will go away.

But even accepting Cohn pulled off his heist, is protecting a trade agreement the act of resistance America demands? Reading the actual letter, Trump’s intent was to make a threat of withdrawal, taking advantage of an 180-day delay in implementation to force new negotiations. Cohn didn’t agree with his boss (or the results of an election). That’s not patriotic, it’s a disgruntled employee.

As to the claims Trump is uniquely too stupid to be president, White House Chief of Staff John Kelly, like Mattis, denies he said anything of that to Woodward. Nor is there any evidence that Trump is so incapacitated by either insanity or lack of intellect that he should be removed from office under the 25th Amendment – an option raised in the Anonymous Op-Ed as well as Michael Wolff’s “Fire and Fury” earlier this year. It’s all circular reinforcement, unnamed voices repeating things heard before, backed by psychiatrists who never met the president and enhanced by shock jock pundits reading tweets like a fortune teller reads goat entrails.

Until now, the people working for presidents as different as Reagan was from Obama understood, as I did, the only way for America to function credibly was for insiders to work on the nation’s behalf until we couldn’t. That meant following the Constitution, remembering we weren’t the ones elected, that we ultimately worked for those who did the electing, that there is no “But Reagan/Bush/Clinton/Bush/Obama/Trump is different…” clause in the Constitution. We understood acting as a wrench inside the gears of government is what foreign intelligence officers recruit American officials to do. Instead, we dissented via internal channels, and sometimes, resigned to credibly force the issue into the public eye.

So let the people inside government who believe America is at mortal risk do something more than gossip to a celebrated journalist. They need to resign, testify, and bring out the documents as proof to separate themselves from partisan operatives. Persons of conscience need not be cabinet secretaries. Manning was a private. Snowden a contractor, not even an NSA employee. “We never should have heard of them,” said a 1993 story in the Washington Post about those mid-level State Department Bosnia dissenters. “But they’ve gone and done something extraordinary in Washington: They quit their jobs on moral grounds.”

Until any of that happens, we shouldn’t waste another moment on anonymous resisters and unnamed/un-credible sources. The nation is more important than a job in the West Wing. Stand up if the threat is real, shut up if it’s not.

Peter Van Buren, a 24-year State Department veteran, is the author of We Meant Well: How I Helped Lose the Battle for the Hearts and Minds of the Iraqi People. The opinions expressed here are his own

Why are African leaders pushing for population growth?

The time has come for the last shot