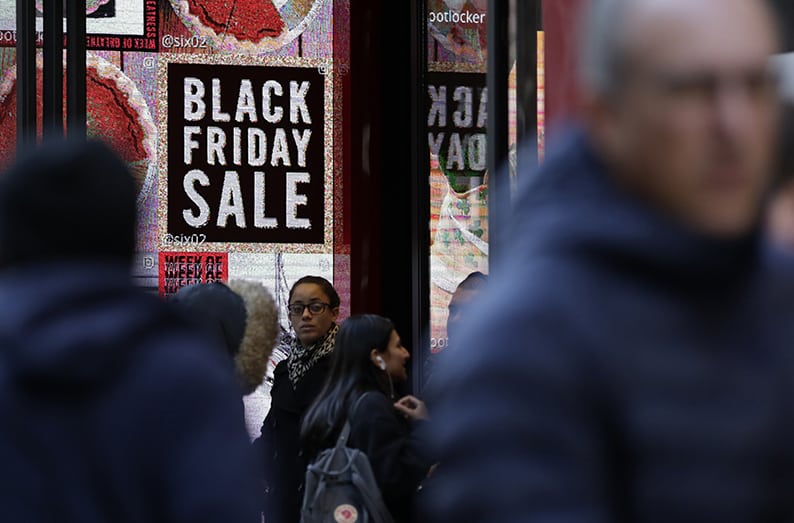 More shops than ever will participate in Black Friday this year after witnessing last year’s immense success when businesses made around €14 million just in credit card payments, the retailers’ association said on Monday.

Speaking to state broadcaster CyBC, Antoniou, said that last year’s success has convinced several business owners who were hesitant as to the idea of Black Friday to join in this year.

“Last year, we were surprised to see consumers forming long lines outside shops. This is something we have never seen in Cyprus,” he said.

According to data collected from shops, mainly malls, he said, there was a 52 per cent increase in shop visits during last year’s Black Friday compared to 2016.

On peak hours, a 72 per cent increase was recorded in shop visits compared to an average Friday, he said.

More businesses than ever will participate, he said.

Antoniou said that sales during this year’s Black Friday will be between 20 per cent and 40 per cent and that many shops will expand offers throughout the entire weekend.

Most shops will start advertising their sales this week, he said, mostly on social media and through text messages.

The most popular items are technology and mobile telephony, followed by shoes and clothes.

Black Friday is the name given to the day following Thanksgiving in the USA, the fourth Thursday of November, which has been regarded as the beginning of the country’s Christmas shopping season since 1952, and the day shopkeepers’ balance sheets turned black (positive) from red (loss).

A latecomer to Cyprus, it has only really been observed over the past couple of years.

The consumers’ association urged members of the public to do their research before shopping and check which shops apply the Consumer Code of Ethics and the Code or Alternative Dispute Resolution for Consumers.

Meanwhile, some are utilising Black Friday to promote causes other than bargain hunting. The Karaiskakio Foundation will be collecting swab samples for its bone marrow donors’ registry on that day between 5pm and 7.30pm at the Coffeehouse in Nicosia. The café is located on 9 Pargas street. The foundation is urging healthy persons between 18 and 45 to spare five minutes of their time to donate this “gift of life”.

Between Friday and Sunday, 20 per cent of the sales of all Americano coffees sold at the café in question, will be donated to the foundation.

Our View: Central Bank chief should have spoken out over Co-op