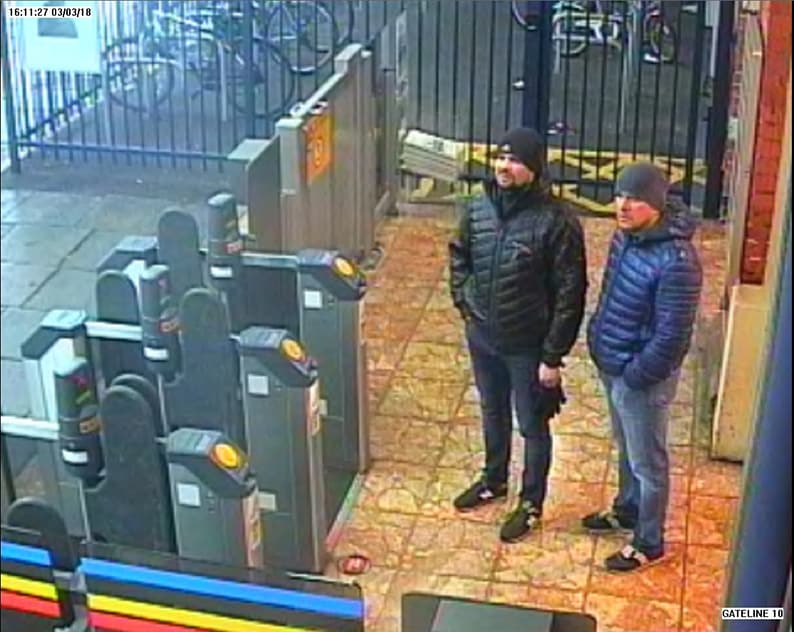 Alexander Petrov and Ruslan Boshirov, who were formally accused of attempting to murder former Russian intelligence officer Sergei Skripal and his daughter Yulia in Salisbury, are seen on CCTV at Salisbury Station on March 3, 2018 in an image handed out by the Metropolitan Police in London, Britain September 5, 2018

LONDON, Jan 17 (Reuters) – Russia’s RT plans to launch a legal challenge over a ruling by Britain’s media regulator that it failed to cover the poisoning of former spy Sergei Skripal and his daughter in an impartial way.

In the latest twist in a case which has strained ties between Britain and Russia, RT said it would seek a judicial review over the December ruling by Ofcom that the broadcaster broke impartiality rules in news and current affairs programmes.

The poisoning, which Britain blamed on Russia, strained relations between the two countries and led to the biggest Western expulsions of diplomats since the height of the Cold War. Russia has denied any involvement.

Its media regulator has launched an investigation into the activities of British public broadcaster the BBC.

In its ruling, Ofcom said RT failed to give sufficient weight to a range of views in seven current affairs discussion or news items.

“Today RT has informed Ofcom that it will be seeking judicial review of Ofcom’s decisions and process in its breach findings of 20th December against the network,” RT said in a statement.

“Ofcom investigated 10 RT programmes, and decided that 7 were in breach; we firmly believe that none were in breach. RT is left with no choice other than to seek judicial review of the matter.”

Russian officials say RT is a way for Moscow to compete with the dominance of global media companies based in the United States and Britain which they say offer a particular view of the world.

Critics say RT, which broadcasts news in English, Arabic and Spanish, is the propaganda arm of the Russian state and aims is to undermine confidence in Western institutions.

Ofcom has said it will consider further representations made by the licensee, and could impose sanctions ranging from broadcasting a statement of Ofcom’s findings to a financial penalty and, in the most extreme cases, revoking a licence.

Most areas to have water restored Friday morning, Paphos region on Saturday (Updated)